FIA GT Series. Round 5, Navarra. On a roll 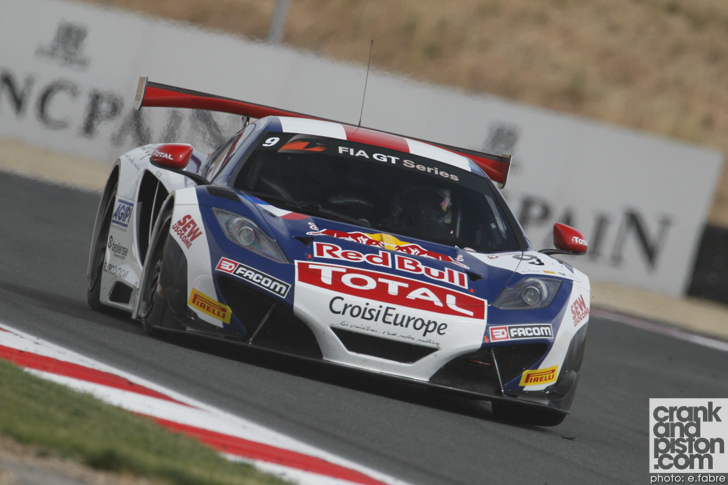 The news that the FIA GT Series season finale in Azerbaijan would be delayed, as well as a sodden qualifying session, still didn’t dampen competitors spirits in Navarra. Nor too for that matter did it quash celebrations for Sébastien Loeb and teammate Alvaro Parente, who scored their first double victory of the season. 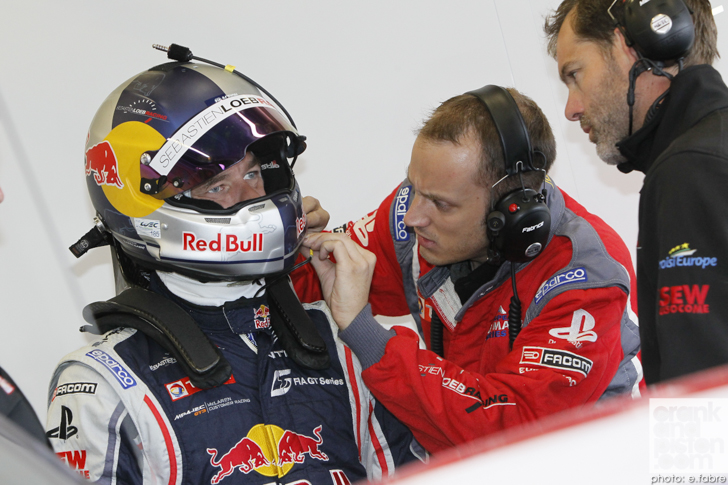 Though the pair have nailed the Qualifying Race three times already this year (including Loeb’s debut outing in the series in Nogaro), neither had made the podium in the Main Event all season. All that changed though after a strong start from the nine-time World Rally Champion, under immense pressure from Andreas Zuber in the sister Sébastien Loeb Racing McLaren 12C GT3. A strong run from Parente and #10 teammate Mike Parisy ultimately secured the team a 1-2 victory ahead of the WRT Audi R8 LMS Ultra driven by Frank Stippler and Edward Sandstrom. 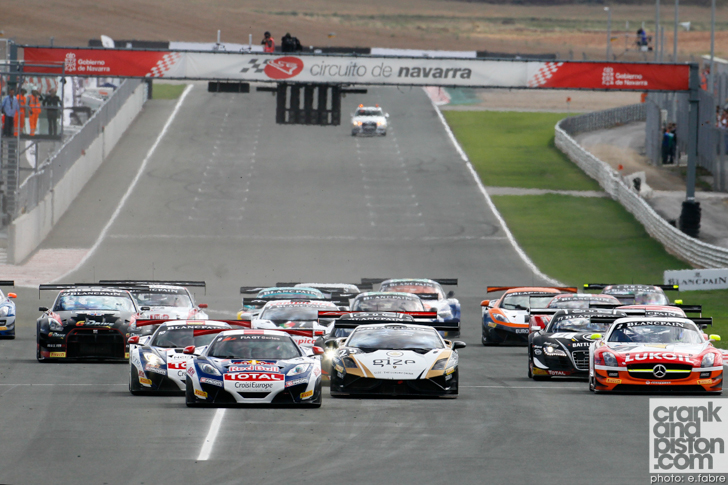 How different it had been one day earlier. The #9 McLaren again took the victory after a storming start from fourth on the grid, but all attention was on the fight for second just behind. With the polesitting Reiter Engineering Lamborghini Gallardo GT3 already out of contention (the decision to start from slicks on a wet track having gone hilariously wrong), the fight was taken up between the WRT Audis (the Stippler/Sandstrom combo coming out on top) and debutant Gerhard Tweraser. 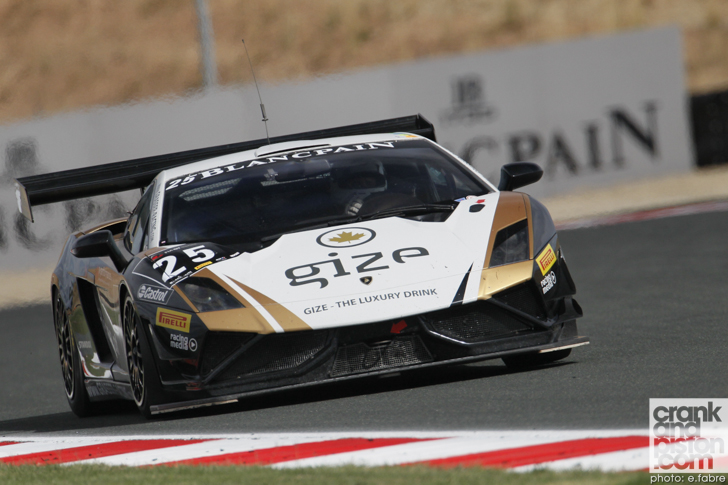 The rookie made a storming run from eighth to third at the flag, cementing Pro-Am victory with teammate Hari Proczyk for the Grasser Racing Team in the Lamborghini LP560-4. HTP Gravity Charouz’s Sergei Afanasiev and Andreas Simonsen meanwhile took Pro-Am victory in the main event to extend their advantage in the standings. 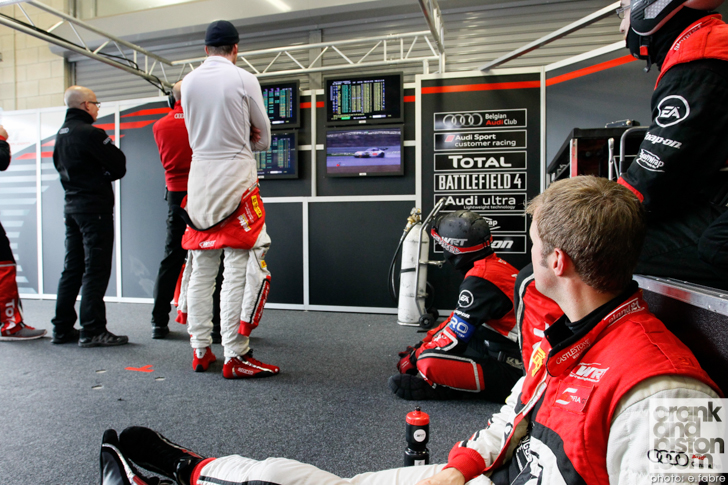 A rough weekend for current championship leaders Laurens Vanthoor and Stephane Ortelli meant eighth in the Qualifying Race – after a wrong call on tyre choice – was as good as it got. A spin early on in the Championship Race plus brake failure meant the pair hold just a five point advantage in the standings after finishing 15th, seven laps down.

And don’t worry if you missed the action. You can check out the event highlights in the video below.