Those new to Maranello’s cars will find plenty to like, but the Portofino doesn’t quite have the magic of Ferrari’s best 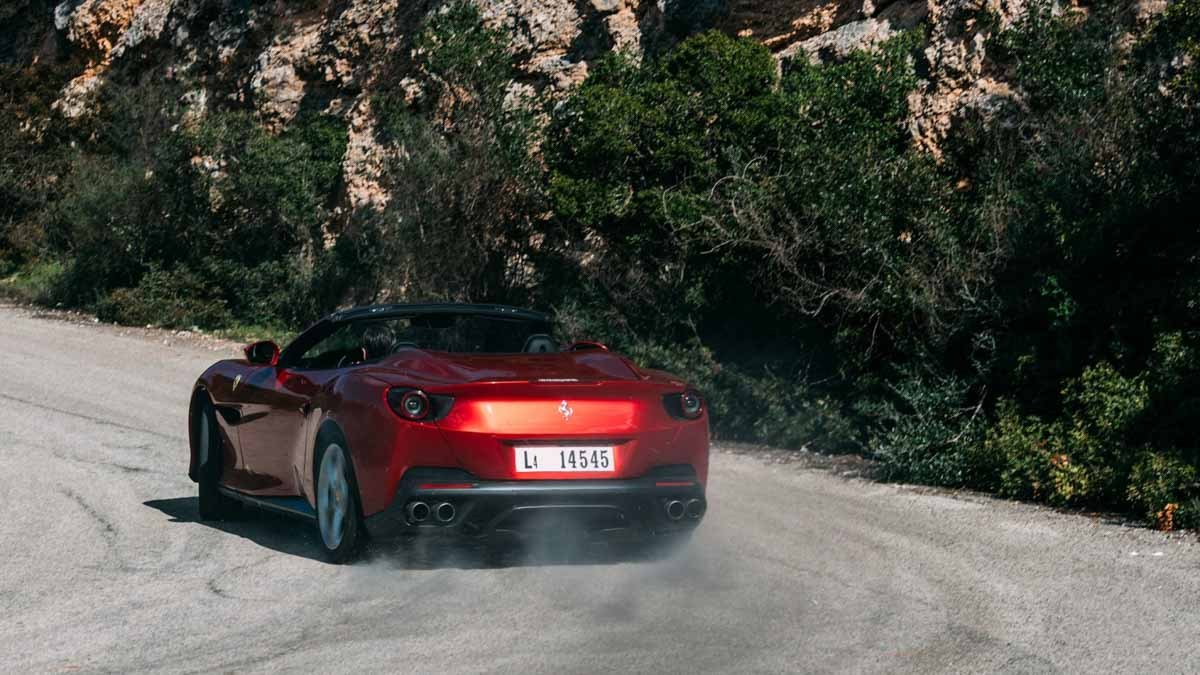 The Portofino might not generate as many column inches as other Ferraris, but the brand’s entry-level front-engined V8s have proven so successful that they command a healthy waiting list.

With a starting price of $211,635 that’s no great surprise, putting the Portofino among less exotic nameplates yet still offering Ferrari kudos and near-322kph performance. That metal folding hard-top helps too, giving the car extra appeal in certain markets that a fixed-roof car doesn’t have. It’s the everyday Ferrari, as easy-going and practical as they come – but is it a great Ferrari

The Portofino carries on where the California T left off, with a development of Ferrari’s 3.9-litre, flat-plane crank twin-turbocharged V8. That engine originally enabled quite a significant jump in power when adopted by the California (553bhp, up from 453bhp in the old 4.3-litre naturally aspirated California) and in the Portofino it’s even more potent, making 591bhp at 7500rpm, with 560lb ft of torque from 3000 to 5250rpm.

Naturally the engine is mounted up front, while power is diverted to the rear wheels through a seven-speed dual-clutch transmission and an electronically controlled differential. For the entry-level Ferrari, performance is still ahead of plenty of top-end performance cars from other manufacturers: 3.5sec is all it takes to get to 100kph from rest, and Ferrari quotes a 320kph top speed.

Much of the Portofino’s technology is carried across from other Ferrari models, but has been configured to allow for more accessibility for the broader client base the car is aimed at. As a result you get Ferrari’s now-traditional manettino, but it features just three settings (Comfort, Sport and ESC off) rather than the more sophisticated modes in a 488 or 812. In Sport, naturally, you get sharper throttle response, more aggressive gearshifts and slightly more heft to the steering, but clever toys such as the drift-happy Side Slip Control are absent.

The Portofino is less hyperactive in its responses than the mid-engined cars, less rampantly accelerative than the front-engined V12s. More laid-back, easy-going and, it could be said, less Ferrari-like by the brand’s modern standards.

This has both benefits and demerits. The Portofino has quite a traditional sports car feel, with proportions that feel relatively compact and steering that isn’t geared quite as aggressively as those of the rest of the range. For those new to the brand – essentially the Portofino’s reason for existing – it’s a relatively gentle introduction, packing the performance you’d expect but a slightly less vivid experience than, say, the mid-engined 488.

There’s a pleasant flow to the way the car gets down the road as a result. It’s precise and well-balanced and has a calm ride quality, though the latter isn’t quite so beautifully controlled as the mid-engined cars with their bumpy road damper settings.

Relatively light steering might deter some, but the ratio is well judged for pouring the car neatly and effectively through corners, and while Portofinos lack the range of manettino settings of other Ferraris and the Sport setting is configured on the safe side, the progressive power delivery can still be used to work the rear tyres on the exit of each turn.

It feels monstrously fast despite being the Ferrari entry point though, and the dual-clutch transmission, again slightly less aggressive here than in other Ferraris, still delivers lightning changes whether up or down the ’box. What you do miss out on is a truly stirring soundtrack, the flat-plane V8’s note muffled by turbocharging and only slightly enhanced by clever exhaust tuning. It sounds just a little flat, exciting more for the sequential shift lights than a nape-prickling exhaust note.

This is a car that would actually benefit from a less powerful but more musical naturally aspirated unit, similar to that used in the original California. That steering, too, doesn’t quite feed back enough information. And while we’re being frank, the Portofino isn’t really pretty enough either, though the interior is at least up to Ferrari’s recent high standards.

So the Portofino is a fine sports car, but could stand to be a more involving and exciting one. Easing customers into their first Ferrari probably isn’t a difficult job – people have probably waited their whole lives to do so – so there’s little risk in adding more spice. As it stands, the Portofino risks not really standing out when compared to the kind of cars (911s, Maseratis) that new Ferrari customers might be trading up from.

Portofino pricing starts at $211,635, but few will pay that little, with a vast range of options on offer, a selection of which lifted the price of our particular test car to $313,061, or well inside F8 Tributo territory. Some seem pretty stingy – $3000 for Apple CarPlay being the most egregious – and others, such as the $15,000 of exterior carbonfibre details, somewhat superfluous, but the $4465 hi-fi upgrade, $3559 ‘Daytona-style’ seats and $3981 MagneRide dual-mode suspension seem like the kind of options that would add to the experience.

At base price the Portofino finds itself within a broad range of exotic machinery that includes everything from the $159,560 Aston Martin Vantage Roadster at the lower end to the $237,290 Lamborghini Huracán Evo RWD Spyder at the other. 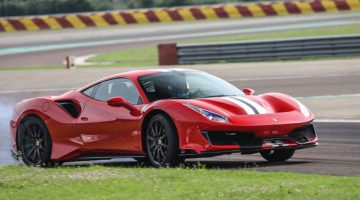