It was a very short night of sleep. I woke up early in the morning realizing that today would be the day. I was going to take delivery of my first Ferrari. A car for which I had put my name on the list and made a sizeable down-payment almost a year prior to its looks, specifications and name being revealed. A car that was claimed to make the already amazing 458 Italia lighter, faster and less comfortable. My first Ferrari… is a Special(e) one. 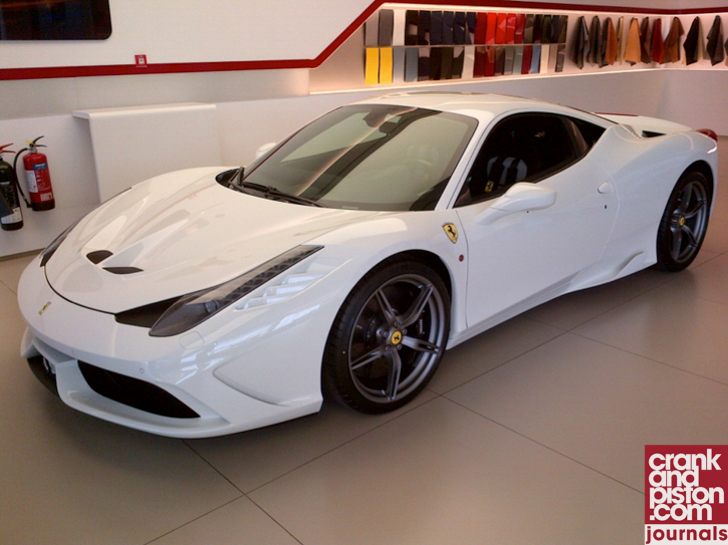 My parents could argue that this event was bound to happen. For as long as they can remember, I have been obsessed by cars. This manifested itself in rather typical behavior as a child: memorizing the details on all brands, types and their specifications out of my yearly Santa Claus’ gift: the local Car Yearbook. And not wanting to sleep during our family’s overnight holiday journey’s from the Netherlands to Italy, because I wanted to see every car that overtook us. Which were pretty much all of them, considering my parents drove a Ford Orion 1.6D at that time.

Let’s fast-forward a couple of years. By the time I was 27, I had saved enough money to buy myself my first sports car: a second-hand Lotus Elise Type 72. I loved the car to bits, yet being born with zero technical capability, I hated its poor reliability and the fact that I spent more time driving back and forth to my dealer in Antwerp than on the windings roads in my neighborhood in the Netherlands. Looking for more reliability, 2 years later, I sold the Elise and bought a 4-year old Porsche. A 996 Turbo. And I kept that one until my (now) wife and I moved to Dubai 6 years ago.

Dubai opened a car paradise for me, where new cars became instantly affordable. The new 997.1 GT3 RS that I ordered on the day of our arrival, prior to sorting our living arrangements, cost the same as my ‘old’ 996 Turbo. The GT3 RS was later replaced by a V8 Vantage. The Vantage by an M5. The M5 by the GT-R in 2009. The impulse purchase of a BMW 1M replaced my second GT-R two years ago and still brings a big smile to my face every time I drive it. 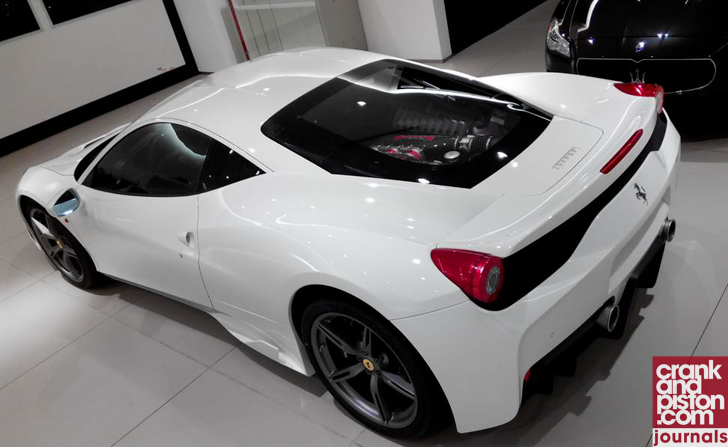 But there was an itch that wasn’t scratched yet. I had never owned a Ferrari, which most people see as one of the ultimate cars for a petrol head. After driving a 458 Italia about three years ago, I was amazed, but didn’t have the funds to buy one (new). And knowing that the 458 would get a ‘Scuderia’ treatment later in its life cycle, I knew that was the car that I wanted. Which gave me more time to save money too, so that worked out just fine.

And now it’s here. And it turned out exactly the way I wanted. I didn’t go overboard with options, since I believe that most of them don’t contribute to extra driving fun yet do succeed in emptying your wallet at blistering speed. I have specced the 4-point harnesses, a full alcantara interior and cruise control to contain myself on SZR et al. Straight after taking delivery, I’ve driven it to Hatta and Fujeirah to enjoy it on the twisting mountain roads over there.  Even though I was asked to restrain myself to stay below 5,000 or 6,000 RPMs, it felt proper fast and handled like a dream. Like a slightly bigger Lotus Elise, actually, with more power, amazing cornering speeds and immense (LaFerrari-derived) brakes.

Right now, the car is getting a clear bra fitted on the front and this weekend I should be able to complete the running-in period. The first road trips and track days are already planned, where I should be able to hear the engine screaming into its redline at 9,000 RPM. More about that in the next report.