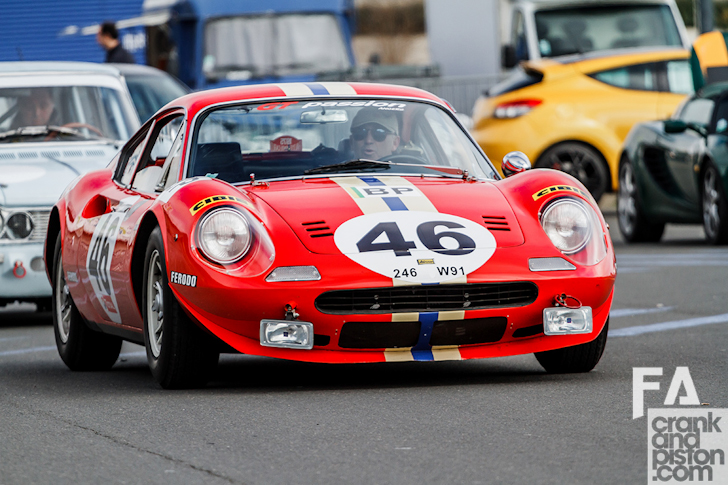 When surrounded by over fifty Lotus Exiges, Exiges S1s, Elises, Elans and even a couple of 2-Elevens (as was the case at a recent track day at Le Mans), it’s rather difficult for another manufacturer to rain on the parade.

This Ferrari – sorry, Dino – 246 GT managed to do just that though. The link with Enzo’s lost son is well known, and the tribute sportscar made an impression on its public debut at the 1969 Turin Motor Show. So much so that 81 models rolled off the production belt within the first two months. By the end of the production cycle in 1974, 2487 GT and 1274 GTS models had been produced. 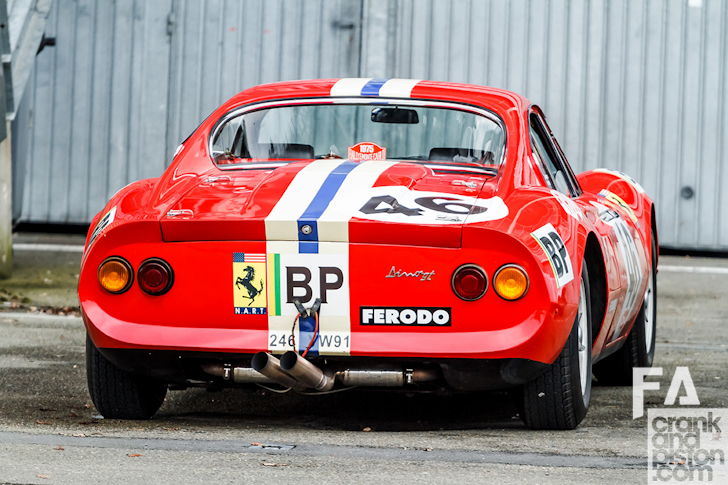 With this 246 GT though, 1972 is the banner year as it marked the Dino’s only 24 Hours of Le Mans appearance. Decked as it was in BP and Ferodo sponsorship, chassis 02678 hit the GT category under the North American Racing Team umbrella and with Gilles Doncieux, Pierre Laffeach and Yves Forestier behind the wheel. A quiet run would yield 17th place overall at the finish and 7th in the Index of Performance category.

NB. The Lotus Club drive was an event to raise money for the League Against Cancer, a total of 6000 Euros going towards the group’s research.

Previous ArticleNissan 370Z
Next Article The Joy of metal. Why a metal gated shifter is wonderous.