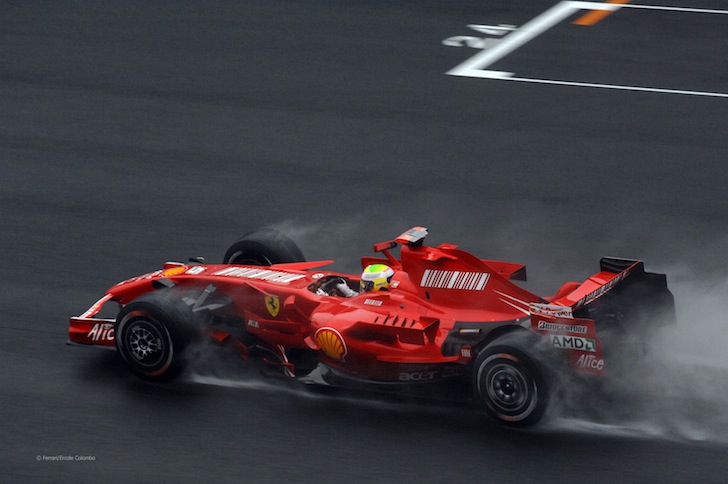 Fair to say that Sebastian Vettel’s departure from Red Bull Racing at the end of the year has shocked the Formula 1 world, as did news that Fernando Alonso’s days at Ferrari are similarly coming to an end. For the revelation to drop on the eve of the Japanese Grand Prix seems appropriate, given the run of success both drivers have enjoyed at the event: since 2006, only former McLaren teammates Jenson Button and Lewis Hamilton have interrupted Vettel and Alonso’s winning streak.

In 2007 though, things didn’t quite go to plan for the pair at the Fuji International Speedway, Alonso slamming into the wall in the pursuit of leader Hamilton and Vettel slamming into the back of future teammate Mark Webber whilst battling over a podium position. And yet, in a race packed with rain-soaked drama from start-to-finish, even these high-profile incidents weren’t the talking point as the race reached its conclusion…

On the last lap of Fuji, Felipa Massa’s Ferrari and Robert Kubica’s BMW-Sauber engaged in a spectacular, wheel-to-wheel scrap for sixth place in the blinding spray, the Brazilian just – JUST – edging it on the run to the line.