Though he put himself in the motorsport history books thanks to two outright wins on bounce on the Dakar Rally in 1999-2000 and two World Sportscar Championships in 1989-1990, Jean-Louis Schlesser will forever be remembered for his one and only official Formula 1 Grand Prix start – on his 40th birthday – at the 1988 Italian Grand Prix. 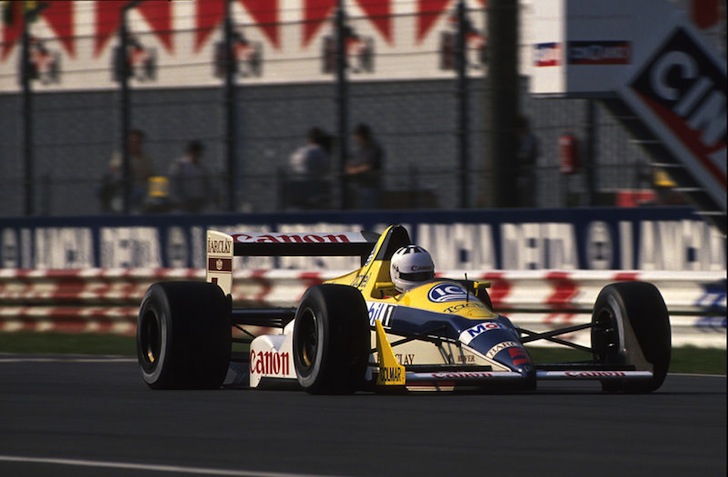 Qualifying at Monza went much as it had done all season for the dominant McLarens with Ayrton Senna pipping Alain Prost, both of whom were well over half a second a lap faster than the pursuing pack, led by the Gerhard Berger/Michele Alboreto Ferrari duo.

As the lights went out, Prost managed to briefly leapfrog Senna into the lead, but a misfiring Honda engine showed its cards early, and the Frenchman would give best to his Brazilian teammate before the first chicane. Prost nevertheless got the hammer down, and by the 30th lap, he had reduced a five-second deficit to two. But five laps more was all the injured powerplant could take, and McLaren recorded its first mechanical retirement of the season.

Senna now had the Italian Grand Prix in his pocket, though fate would decide otherwise. Standing in for regular Williams driver Nigel Mansell, who was suffering from chicken pox, Schlesser had qualified an undramatic 22nd in his first official F1 foray since 1983. Come lap 49 out of 51, the Frenchman was circulating nearly 5s off the pace in 11th when Ayrton Senna came up to lap him for a second time. In his attempts to give the leading McLaren room, Schlesser locked his brakes off-line, and in his attempts to stay on the black stuff turned sharp left and clattered straight onto an unsuspecting Senna. The McLaren was stranded on the kerbs with broken right rear suspension, and going nowhere.

The noise from the tifosi was deafening as Berger swept across the line with Alboreto close behind to deny McLaren a 1988 clean sweep and record a sensational 1-2 for Ferrari, just weeks after the death of Old Man Enzo. Eddie Cheever came home third for Arrows, the team’s first since Thierry Boutsen’s second place in San Marino two years earlier. In one of Arrows’ most successful races in its 24-year history (the squad would secure only three more podiums before folding in 2002), teammate Derek Warwick would finish fourth.

A sheepish Schlesser would be classified 11th, one place behind Senna. Red 5 would be back in Mansell’s hands at the following race in Portugal, and Schlesser would begin a successful career in sportscars, closing the door on F1 for good.