Round 4 of the 2013 Drift Allstars on the city streets Kaunas in Lithuania. 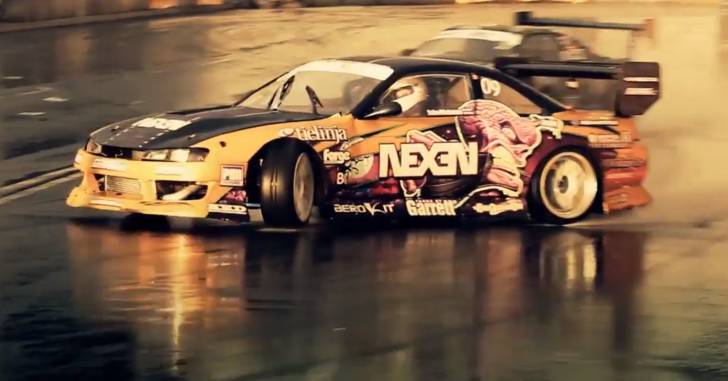 The success and growing popularity of drifting has taken the scene from nocturnal runs down the touge in Japan and launched it sideways on to a global stage. Every year the cars and skills seem to step up a notch and a whole industry of drift – from aftermarket tuning parts to fashionable threads – has become a widespread automotive subculture all wrapped up in the greatest motorsport entertainment ever devised.

Something that has taken a little time to perfect is how to bottle drift in a package for the consumer of sideways action. Fortunately, film makers are stepping up and producing the goods with some spectacular drift films hitting local YouTube cinemas on a regular basis. This latest production from Aatomotion X Sinex has it all. I suppose it also helps that it was shot on closed public roads in the city of Kaunas in Lithuania.

Wake up. Time to drift.