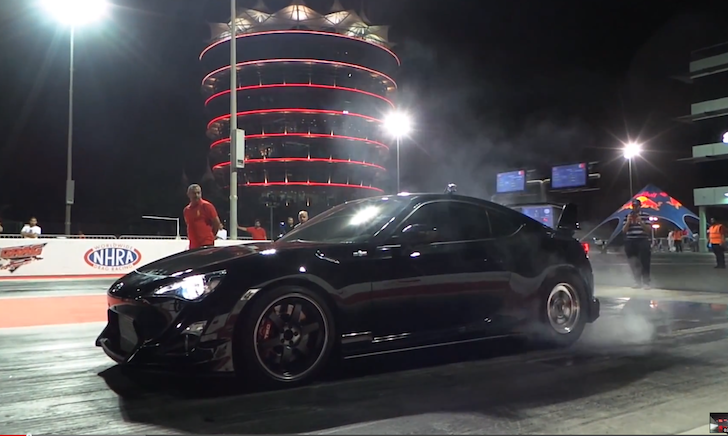 The Ekanoo Racing Toyota GT86 is becoming a monster. The boys from Bahrain started by dropping a 2JZ into the neo Hachi-Roku and then decided to tune it to the max. This is becoming a pattern with these guys…

A recent dyno run produced 1083 RWHP and 786 lb/ft of torque and, although it is a street car, they decided to put it on the strip to see how it would fare. Running a 10.5 at 196kph would seem like a job well done but EKanoo Racing have promised there is plenty more to come as the car is still “going through upgrading process”.

Are we going to see a Toyota 86 in the 9s? We wouldn’t bet against it.