This week the Yas Marina Circuit announced that tickets are now on-sale for the 2017 Formula 1 Abu Dhabi Grand Prix, further details of which you can read about HERE. However, given that our publishing editor is a self-proclaimed motorsport nerd, he’s compiled a list of EIGHT things you might not know about the Abu Dhabi Grand Prix in the eight years it’s been run.

This one probably won’t come as too much of a surprise, given that Mercedes is on par with Red Bull Racing with a record three victories in Abu Dhabi. Dig a little deeper though and you’ll find the similarities continue…

Mercedes and Red Bull Racing for instance are the only Formula 1 teams to secure a 1-2 finish at the Yas Marina Circuit, with both having done so twice in 2015 and 2016, and 2009 and 2013 respectively. They’ve also added another victory and a 3rd place to their overall podium results. However, in terms of overall points scored, Mercedes just pips Red Bull with 183 against the energy drink outfit’s 172. The reigning champions are further aided by Red Bull’s first 1-2 taking place under the original scoring system – with a win netting just 10 points rather than the current 25 – and Lewis Hamilton’s 2014 victory being eligible for double points, mercifully, in a one-off experiment for F1. Affixed under the current 25-18-15 system and without double points, Red Bull would actually be ahead 189 to 158.

Even when you consider the bullcrap that was the ‘double points’ race in 2014, there’s little doubt that Lewis Hamilton has made the Abu Dhabi Grand Prix his own in recent years, despite a rough start to the event. In 2009, brake issues stymied what was proving to be an easy run to the flag from pole position, fuel pressure maladies doing likewise in 2012. However, in the six times the Brit has finished the race, Hamilton has been off the podium only once (7th in 2013) and picked up three wins en-route to a 142 points total, 32 more than fellow three-time winner Sebastian Vettel. Adjust to the current points system though and Vettel would actually pip Hamilton on points, 121 to 117.

Last year’s chase for the championship quite literally went down to the wire, with Nico Rosberg’s second place enough to pip race winner – and teammate – Lewis Hamilton to the crown. Not that Hamilton made it easy for his championship rival, of course: the Brit’s effort to slow his Mercedes teammate into the chasing Sebastian Vettel meant only 0.439s separated the top two, and just 5.315s covered the top 5, the closest finish ever seen at the Abu Dhabi Grand Prix. If you’re curious, the gap was half that Kimi Raikkonen used to beat Fernando Alonso’s Ferrari in 2012, although more than 13 seconds covered the top five on that occasion.

While we’re on the subject, the biggest F1 winning margin at the 5.5km Yas Marina Circuit came in 2013, as Vettel gapped then-Red Bull Racing teammate Mark Webber by more than half a minute to take his 7th win on the bounce.

Given the difference in speed the new 2017 Formula 1 cars have over their recent forebears, and given that Lewis Hamilton’s 1m 22.188s pole-winning lap around Albert Park was the fastest yet at Albert Park, it seems likely that Sebastian Vettel’s 1m 38.481s lap record from 2011 will be broken. Pending safety car periods, it’s also likely the fastest race time will be cleaved wide open too, Vettel having completed the established 55 laps in just 1h 34m 03.414s in 2009. The longest? That would be the incident strewn 2012 race in which Kimi Raikkonen took victory for the Lotus F1 Team in 1h 45m 58.667s.

Despite having won the Abu Dhabi Grand Prix three times, four-time Formula 1 champion Sebastian Vettel doesn’t make life easy for himself at the Yas Marina Circuit. In his eight appearances, Vettel has gained an incredible 48 places from his starting position to the chequered flag, his most memorable being his run to 3rd from the pitlane in 2012 during which he climbed 21 places. Two years later in 2014 Vettel would again start from pitroad and climb to 8th (a 12-place improvement), racing through the field again the following season to take 4th at the flag from 15th on the grid.

In fact, only twice has Vettel failed to finish higher than the position he started: in 2010, he won convincingly from pole, while one year later, a puncture brought his race to a close on the opening lap.

In the eight years the Yas Marina Circuit has hosted the Abu Dhabi Grand Prix, pole position has proven something of a poisoned chalice, with the top spot only leading to victory on three occasions (Sebastian Vettel in 2010, Nico Rosberg in 2015 and Lewis Hamilton in 2016). In fact, statically, drivers stand a better chance at victory in they start from 2nd on the grid, Vettel and Hamilton proving as such in 2009 and 2013, and 2012 and 2014 respectively.

Credit where it’s due, it is possible to win the race from anywhere other than the front row. Just. Kimi Raikkonen managed to turn his 4th place on the grid into a win in 2012, the lowest position from which anyone has ever secured victory in Abu Dhabi.

It’s somewhat ironic that, while fortune has smiled on Red Bull Racing in the past, there’s been little good luck shining down on its B-Team. In its eight appearances, Toro Rosso has only finished inside the Top 10 three times and amassed a total of 4 points, Sébastien Buemi’s 8th place in 2009 the highest position the team has managed. To put that into context, fellow mid-fielder Sauber – the next of the current ‘unluckiest’ teams – has scored 13 points and hit the heights of 5th place. Of the current crop, only Haas, which debuted last year, has failed to score in Abu Dhabi thus far.

Okay, this could be considered a bit unfair, given that by the time the Abu Dhabi Grand Prix debuted, Kovalainen’s best chances of points-scoring drives were already behind him. Still, in his four races at the Yas Marina Circuit, the Finn failed to score a single point with McLaren, Lotus Racing or Caterham, 11th in his opening race in 2009 his best effort. You could even, theoretically, bump this up to five, as it’s unlikely Kovalainen, having been called up to the Lotus F1 Team for the final races of 2013, would have made the Top 10 even if he had started, a duo of 14th places the best he could manage in the recalcitrant E21.

Of the current crop of F1 drivers, both Toro Rosso’s Carlos Sainz Jr and Sauber’s Marcus Ericsson would love to break their two-race point-less streak in Abu Dhabi in 2017.

Sebastian Vettel. Lewis Hamilton. Fernando Alonso. Kimi Raikkonen. Romain Grosjean. These five are the only drivers who will be on the grid in Abu Dhabi in 2017 who were also present for the race in 2009. Of course, things have changed considerably since then. In 2009, it was Alonso, not Hamilton, who was the most successful current driver with 21 Grand Prix wins versus Hamilton’s 11 and Vettel’s four. He was also the most successful in terms of championships, his two top trumping Hamilton’s one and Vettel’s duck egg. Tough break, given that Alonso remains on two titles while Hamilton and Vettel could conceivably roll into the Yas Marina Circuit to fight for their fifth and fourth championships respectively in 2017. Oh, and while a series of poor cars means Alonso’s tally is ‘only’ up to 32, Hamilton and Vettel have now leapfrogged the Spaniard convincingly with 53 and 43 respectively. 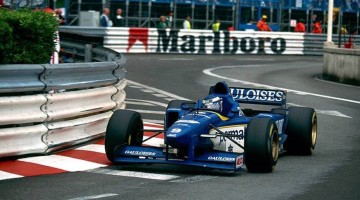