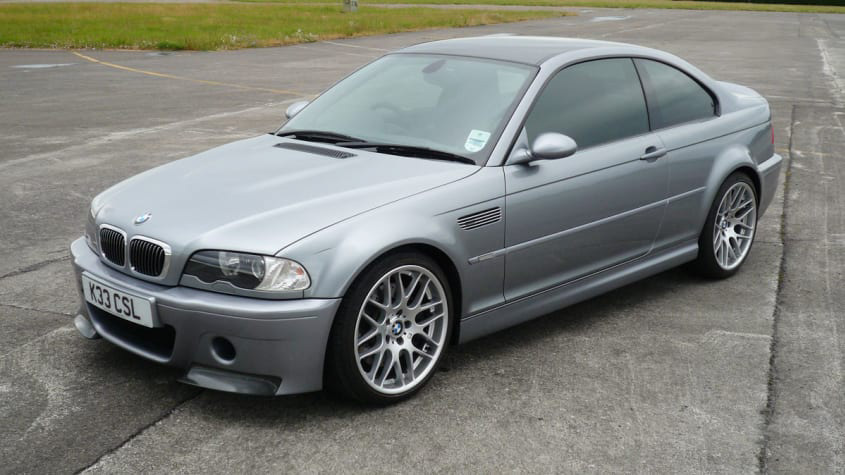 There have been many superb BMW specials over the years, but there has been one odd correlation between some of the best hardcore M models of the early 2000s, an unfortunate transmission choice that, for many, ruins their appeal. The E46 M3 CSL is one of those icons, a car that was defined not just by its driving experience, but the irritating SMG semi-automatic transmission that went with it.

While individual transmission conversions to a traditional three-pedal manual in CSLs have been completed before, British-based BMW specialists Everything M3s has revealed a new package that does all the hard work for you.

The conversion is just that, retaining the CSL’s core transmission, replacing only the electro-hydraulic actuator assembly, console-mounted selector and paddles with a traditional gearstick and clutch arrangement. Over 180 individual OEM parts from BMW are used for the conversion, including the self-centering mechanism for the gearstick, a new flywheel and clutch pressure plate assembly.

The work is completely reversible, with all the existing parts able to be retained should you want to return your car to factory specification. This retention of the standard transmission makes this process a more cost effective option than replacing the setup wholesale with one from a standard E46 M3 – the package costing just $4400.

There is a waiting list for the procedure, but for owners of CSLs fed up with the clunky responses of the standard box, come the time for the next clutch change it would have to be a tempting modification, even if it does come at the expense of ultimate originality.