More powerful than a McLaren Senna, tens of thousands cheaper than a BMW M5, this politically incorrect, all-American muscle car is the antithesis of Europe’s idea of a performance car – and is all the better for it 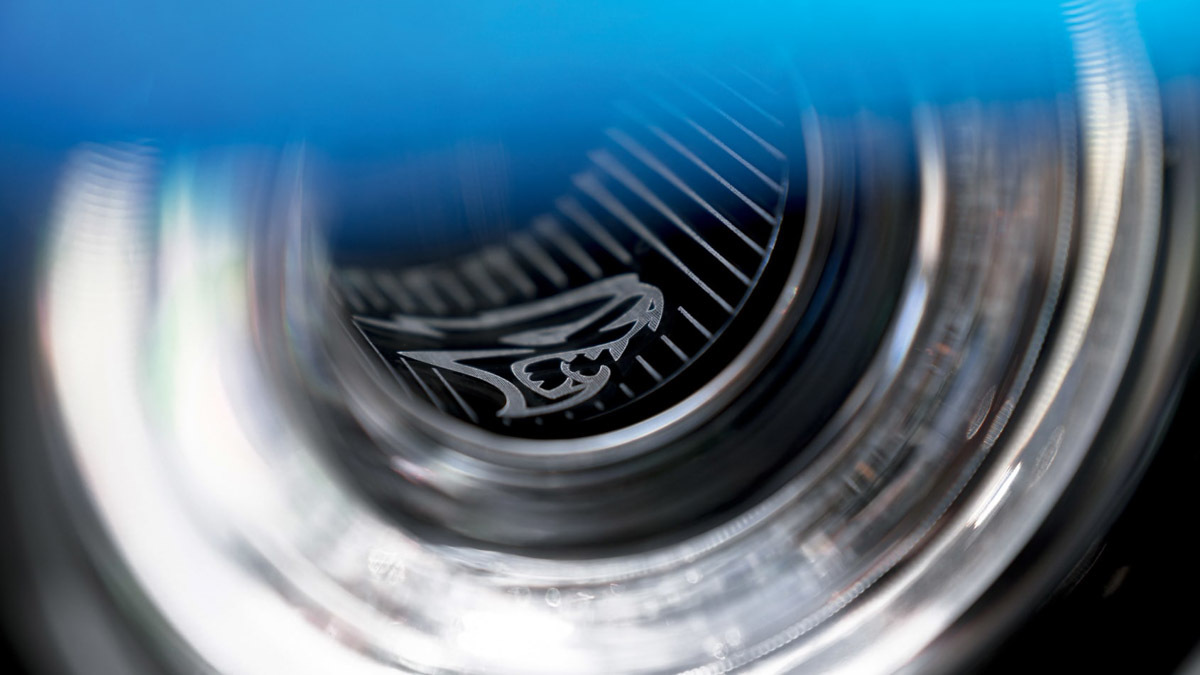 It was great to be immersed in an evo group test again this month. It helped that the cars involved were of impeccable standard and that we spent two days in Scotland and it didn’t rain. The bar in the hotel was pretty good, too. But what I really enjoyed was seeing the agonising over a big conclusion that rumbled on and on and on… It was good humoured and obviously we all understand implicitly that we don’t have ‘a real job’, but the guys still care about this stuff and don’t want to make a wrong call.

So we debated about steering feel (cue guffaws from Richard Porter), damping and balance, talked character and accessibility… and then started all over again. Every drive revealed more nuance and shuffled the order around. It might be that the finer points of a car’s dynamics can’t be exploited or appreciated as readily as we’d like in these chastened times, but the best cars really do grow in stature when you find yourself in that magical place where there are no people and fabulous roads.

All of which has nothing to do with the Dodge Challenger SRT Hellcat Redeye Widebody. Jump into this car and you won’t think too much about steering feel or damping. You won’t seek out bumpy, epic roads to test yourself and the car against, and you won’t agonise over anything. Except maybe the fuel consumption.

However – and this I can promise – you will hoot with laughter. At the noise of the 6.2-litre V8 and its 2.7-litre supercharger (the largest fitted to any production car, naturally) every time you crack the throttle open. At the way the car squirms, shimmies and snakes under power despite those wheelarch extensions bursting with 305-section P Zero tyres. At the drama and unabashed joy that flows through this ludicrously powerful, absurdly overblown and thunderously noisy monster.

But let’s start at the beginning. Approach the Redeye and it’s hard not to feel like a little kid. It’s an evocative shape if you’re a Brit – a taste of forbidden muscle cars – and every crease, bulge and hump is expertly crafted to amp up the visual drama. It’s as aggressive as any supercar but seems to wear its battle armour with a wry, knowing smile. It couldn’t be more different to a car such as the uptight BMW M5. There’s no escaping the fact that it’s built to a different scale to European sports car or even supersaloon norms. Think 7-series length, a slightly lower roofline, but much wider hips. It’s not quite as fat as an Aventador, but it’s close.

As you may well imagine, it’s pretty hefty, too. Dodge claims 2038kg, which sounds horrendous until you remember that even an M5 weighs 1855kg these days. And lest we forget, um… the Redeye has 797bhp at 6300rpm and 707lb ft at 4500rpm. Not only does this rather melt away the kilograms in a straight line, it also dominates every facet of the Redeye’s dynamic character. We’ll get to how it drives on the road in a second, but it pays to remember this car is born of a culture obsessed with drag racing and the noble V8 engine. As such, it’s got a surprising amount of cool tech and some serious hardware to help it dip ‘into the 10s’ over the sacred quarter mile.

Essentially the Redeye builds on the formula of the ‘standard’ Hellcat, which is rated at 717bhp and 656lb ft, with lessons learnt from the Hellcat Demon project – a limited edition, road-legal drag car that came with one seat, drag radial tyres, skinny little front wheels you could fit for the strip, spring rates optimised for launches and a ‘transbrake’. Forget normal launch control – this system engages first and second gear simultaneously on the eight-speed automatic gearbox, locking up the drivetrain and allowing you to build up boost pressure in the supercharger before the Christmas tree lights blink green. It also had a reworked engine rated at 840bhp on race fuel or 808bhp on regular US-grade unleaded. The Redeye gets the same motor, detuned by 11bhp to save the Demon’s blushes.

There’s no transbrake here, but there is Line Lock, Launch Control (driver adjustable so you can dial in the correct rpm for the surface you’re on), and Launch Assist, which detects ‘wheel hop’ and reduces torque to smooth acceleration and prevent damage to the driveline. To combat heat build-up the Redeye also gets ‘SRT Power Chiller’, which diverts refrigerant from the air conditioning system to help reduce the temperature of the coolant that flows to the supercharger’s heat exchangers.

Perhaps more important to those of us who don’t quite get drag racing are the Bilstein adaptive dampers with Auto, Sport and Track modes, the standard six-piston Brembos with 390mm discs and the retuned suspension that’s set up with ‘road courses’ rather than drag strips in mind. And by the way, the Redeye has those 305-section tyres at each corner. Grip shouldn’t be an issue…

So it looks huge and it feels huge. You sit up high on superbly comfortable armchairs. The steering wheel is massive and you feel a very long way from the front Pirellis. The supercharged V8 starts with a deep-chested howl and, yep, the car actually rocks against the torque when you blip the throttle. It’s a seriously rude soundtrack and has some real intent. This isn’t just bassy big-cube bravado.

Ripping between ‘stop’ lights, all your street-racing fantasies come to life. The Redeye’s supercharger wails, the rear wheels are in a losing, bloody battle and you are already rather bowled over. Any car that can light ’em up at 129kph and is so hilariously out of tune with modern sensibilities can’t help but come across as a breath of fresh air. Far from being a rolling representation of Trump’s angry America, it harks back to the country’s glory days when anything seemed possible.

Up in the mountains behind LA you realise the Challenger has its limitations. But also that it’s not half bad. It rides really nicely and although there’s body roll to contend with the car doesn’t float or wallow. You might expect it to understeer horribly and then oversteer like a lunatic. In truth, you can drive it pretty neatly and the front end responds deliberately but faithfully, and hangs on even when you pile into turns on the brakes. It gets out of the turns OK, too. The Redeye is not the last word in sophistication but it gets down a (wide) road pretty effectively, although you’ll need to select Track mode and give the brakes a little rest pretty regularly.

Unleash the full might of the engine and things get more dramatic but, crucially, don’t descend into chaos. In fact, the Challenger is gorgeously progressive despite its big footprint and slides with an easy-going poise that is as predictable as it is addictive. The engine sounds terrifying but all inside the Redeye is weirdly calm. No fear, just lots and lots of silly fun and a lot of wheel twirling thanks to the slow but forgiving steering rack. The eight-speed automatic gearbox is smooth enough. I think. Although, did I mention this thing has 707lb ft? Two gears would do… forward and reverse.

To be honest though, the gearbox is the only thing that makes me think the Redeye doesn’t improve upon the slightly less wild standard Hellcat. Why? The Challenger SRT Hellcat comes with a six-speed manual ’box as standard. So that’s 717bhp, 656lb ft and a lever you have to stir around manually, for the princely sum of $62,190, or roughly $60,000. Go for the Widebody configuration on that car and you’re looking at $65,600. Neither would win an evo group test, but any dream garage would be improved with the addition of this loveable, hilarious wild card.