We chat with the man that creates these incredible automotive sculptures. Oh, and he makes awesome furniture too.

Dave Clark is an engineer. He started his career as a toolmaker, before moving into industrial design at a printing equipment company. But today, he creates these intricate sculptures inspired by some of the world’s greatest cars, and he’s doing it for petrolheads around the world.

The Briton started using cars as art as a hobby. “I’ve always been a petrolhead but it was in the background,” he says. “I was a bit bored designing for other people so I bought an interior out of an Alfa Romeo and made myself an armchair. A mate saw it and said ‘can you make me one?.”

More casual requests followed, until there was sufficient interest for Dave to take his creations to a car show in 2009, where he was commissioned to make more. For the first time, the idea of making a living out of his new hobby started to make sense. He started to get enough money from making the furniture to be able to quit his full time job.

“What I do is so niche, people don’t know that they want it yet, and when they do want it they don’t have the faintest idea who’s out there doing it. The real springboard for me has been Twitter. I tweet images of the stuff I’m doing and now Twitter accounts for probably 80 percent of my business.

“It’s only in the past couple of years that I’ve been doing the sculptures. Someone contacted me and said they had a wheel from a Ferrari F430 and clutch from a Lamborghini Gallardo. I turned the wheel into a bar stool and the clutch parts into a clock.” 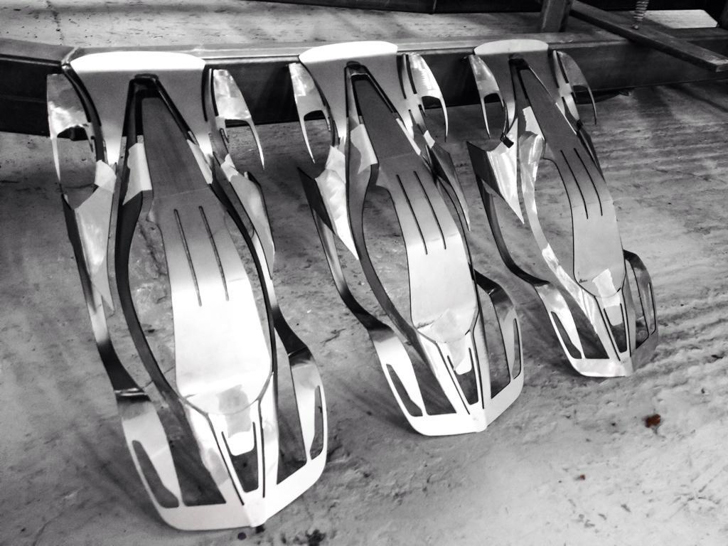 Similar commissions followed, until one customer asked for a profile piece of a car, and Dave came up with a design using a piece of aluminium. Once again, that led to further commissions when potential customers spotted it at a car show.

“It’s just transformed the business, I’ve probably done the best part of 250 of them so far in the past couple of years,” he says. “Every couple of days someone phones up and asks for one. They’re for all sorts of reasons. Sometimes people have got the cars, while other people are fans and more and more independent car dealers want a sculpture to give customers as gifts. Furniture was always tricky because you want to sit on it and feel it, so people don’t generally take the risk, but with a sculpture there’s nothing to think about, so that’s why they do so well.” 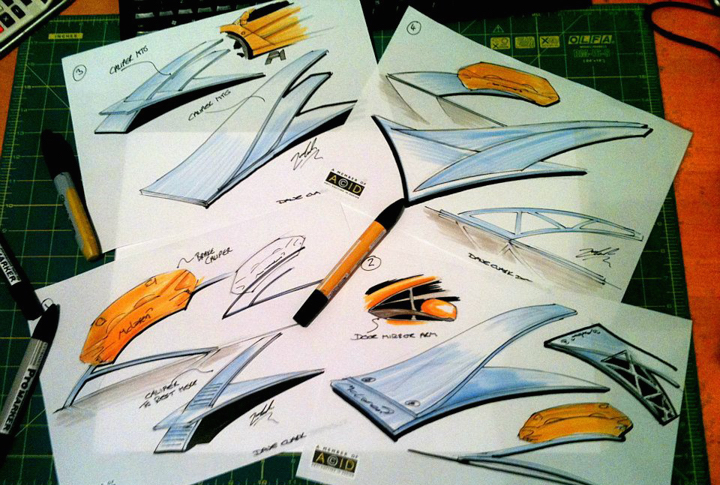 The process of creating a piece usually follows a specific request from a customer.

“It’s a bit like someone who draws caricatures,” Dave explains. “I look at loads of images on the internet, in books, design sketches – anything to get a hook on the car. I know if I get these half a dozen lines, then I’ve summed the whole car up. Something like the F40 has such a strong profile that that’s all you really need to do. Other cars are more difficult – Lamborghinis are a nightmare because there’s so much going on with them it’s difficult to pick out the key points. If you do too much it becomes a model, and it’s not meant to be that. It’s meant to be an artistic interpretation of what the car is.

“I do sketches, then take it straight to 3D CAD, overlay the designs on a sheet metal program, do some renderings that I send to the client, and once they’re happy with it I get the parts laser cut, or cut by hand depending on the piece, and form and paint everything by hand.” 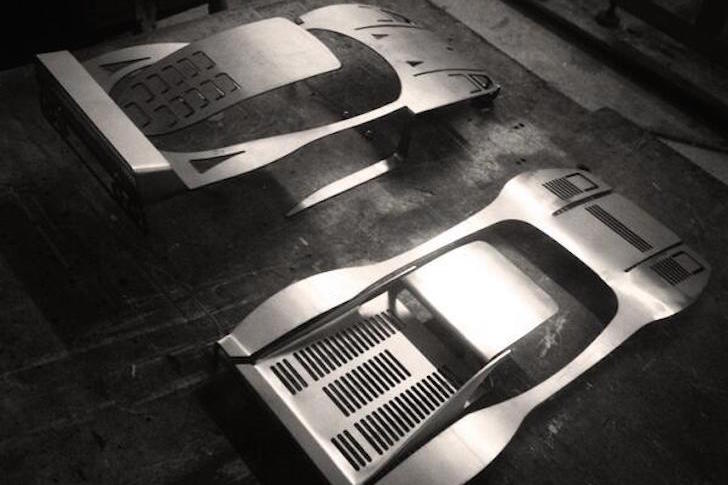 After starting as a hobby, Dave’s designs are now more and more popular. As well as the bespoke work he’s hoping to develop a line of simpler and cheaper sculptures to sell ‘off-the-peg’ as gifts, as well as some standard car seat-based chairs.

“I’m absolutely run off my feet,” he admits. “I’m taking orders now for March 2015 for most things.” So, if you want Dave to turn his skills to your favourite car, get your orders in soon, because his popularity shows no signs of waning.

Previous ArticleFreddie Hunt. A break from the norm
Next Article New Porsche 919 Hybrid to debut in Abu Dhabi