Celebrate Bentley’s return to the 24 Hours of Le Mans with this 1:10 scale Continental GT3 sculpture from Dave Clark. 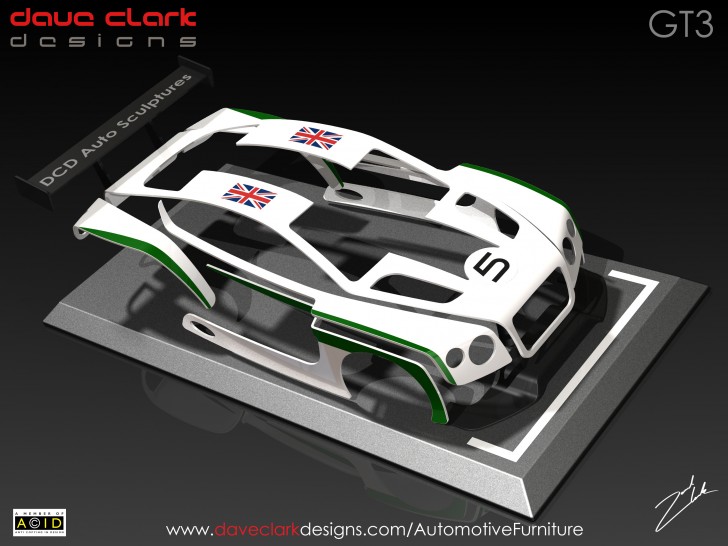 Bentley’s official return to motorsport last December has been well documented ahead of the company’s first start at Le Mans since 2003 (which, by the way, the Speed8 won). And though many fans believed/hoped that the new Continental GT3 would win its first race at the 2013 Gulf 12 Hours, fourth place – right on the tail of the podium finishers after a competitively fought debut outing – was a good start. In the FIA Blancpain Endurance Series, lucky #7 spent time harrying the leaders before both cars eventually finished a rather appropriate 7th and 8th. A solid start then for the Bentley Boys.

So much has the new Continental GT3 endeared itself to motorsport fans around the globe that designer Dave Clark has taken it as inspiration for a new(ish) 1:10 scale sculpture. Cut from mild steel, used to form some of the most iconic shapes in motoring and motorsport alike, each piece comes with the respective racer’s paint scheme and is made to order.

How much I hear you ask? Well we’re not in 1:8 scale gold Lamborghini territory here, but expect to fork over a good $700 of your hard-earned loot. Money well spent should the GT3 taste Le Mans victory this year. Well, arguably…