“You woke up this morning, Got yourself a gun, Mama always said you’d be, The chosen one…”

Did you really expect me to be listening to anything else? This is a Chrysler 300S after all, with a 5.7-litre Hemi V8 under the bonnet, an intimidating – and very chrome-heavy – front grille, muscular bodywork, 20in rims, a VERY leather-heavy interior design, and a boot big enough to hold maybe three or four cadavers. This thing was built to star in The Sopranos

It’s a ‘mafia-cool’ reputation the 300C has steadily built up since it first arrived in 2004 (though Chrysler is keen to point out the nomenclature dates back to the mid-1950s) and continued to do so when the second generation arrived in 2011. At the front for instance those menacing looks were further emphasized with a taller, more prominent grille, re-designed headlights and a ‘floating’ badge. Said grille now features more chrome – black, naturally – as part of the 2015 facelift, while at the back newly re-sculpted tail lamps and polished chrome exhaust tips continue this ‘powerful stance’. Focus may well be on the 7.59L/100km fuel efficiency rating and ‘more refined’ ride quality, but clearly Chrysler has not forgotten what made the 300C a favourite in the first place. 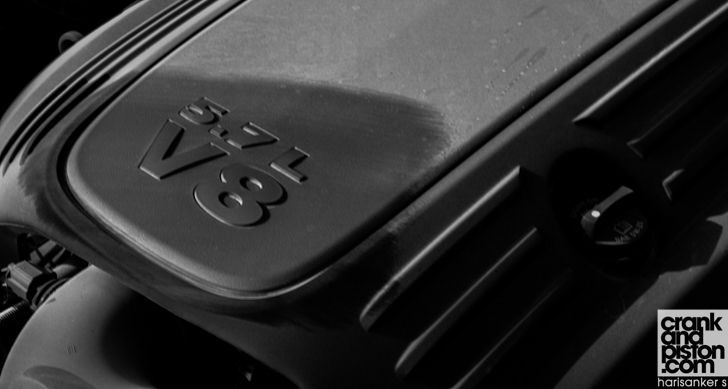 On that note, did I mention the engine? All 5.7-litre of it?

It produces 363bhp and a sizeable 394lb ft of torque, enough to spit dust in the face of any pursuing police car. Which will, by the way, disappear very quickly in the rear view mirror, since this Chrysler is fast. Properly, PROPERLY fast. It growls and rumbles as American V8 should, but hit 5500rpm and that weighty lump has only just gotten warmed up. Be brave with the loud pedal and it just will not stop pulling.

Which makes the plush interior all the more interesting: troubled by the conflicts his ‘waste management’ business brought to his home life, we can rest assured Tony Soprano would cruise between them in comfort. Design-wise, the cabin is relatively simple but wonderfully user-friendly: the leather-clad seats are both beautiful and insanely comfortable, the infotainment system is easy to use, the ride comfort is arguably second to none in this segment, and the engine – have I mentioned the engine? – wonderfully quiet and refined at low revs. It’s a stark difference to the beefy, menacing façade on the outside, but no less welcome. 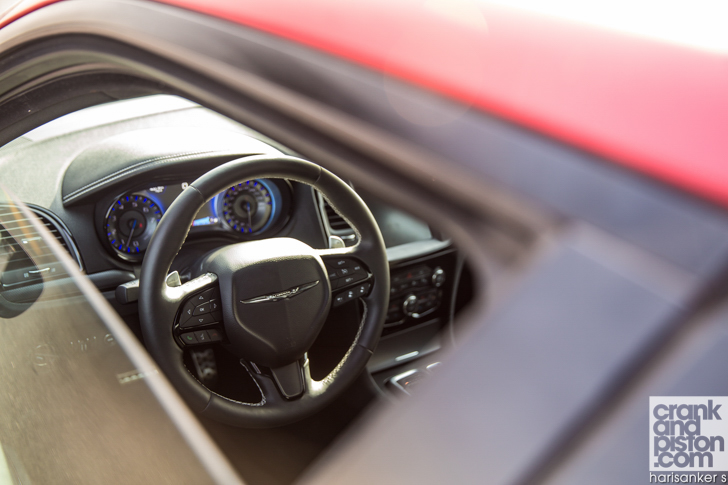 If there is an issue, it would be the poor visibility through both the bizarrely slender wing mirrors and the small rear window, the latter not helped by the rear wing attached to the bootlid. Indeed, it’s ironic that – in a car with the stonking power of a locomotive – you really can’t see what’s happening behind you all that well. Similarly the steering wheel: while the centre console is wonderfully minimalist, multi-function options number in the double figures, and it all feels unnecessarily busy. So much so that volume and channel controls have been mounted behind the wheel underneath the paddle shifters: no doubt a position an owner will get used to in time, but not particularly helpful when you fudge a gearshift, Alabama 3 getting progressively louder as you do so. Fortunately the quality of the sound system itself is sublime. 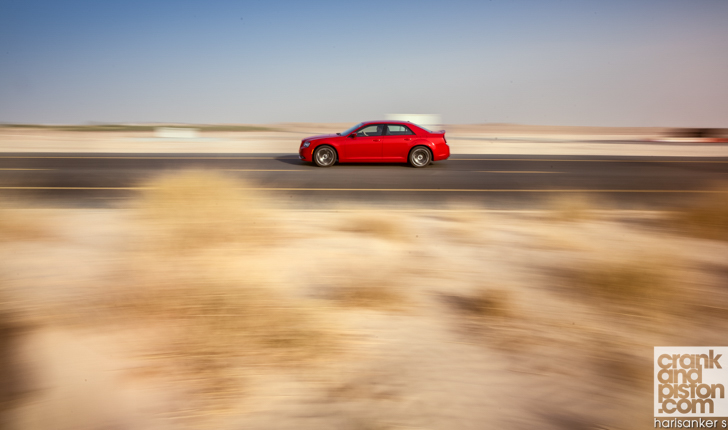 That the 300C would be big, bold, menacing and comfortable, I had expected. What did come as a surprise though was the drive. For a saloon this plush, this hefty and this ‘American’, the handling is astonishingly good.

Granted, at 1962kg, the 300C is a heavy car, and particularly weighty with all that V8 grunt over the front axle. And yet turn in is surprisingly precise: through higher speed corners, good weight distribution and little body roll means maintaining composure is remarkably easy. No doubt the enormous and super grippy 245/45 tyres help this cause. As expected for a highway cruiser though, the setup is on the soft side and while the composure is impressive, there are limits. The front wheels for instance don’t offer quite the same precision through the tighter corners – weight transfer under load really doesn’t make this possible – and in my mind the steering, even for a premium saloon, is too vague for properly energetic runs. Open the taps through the longer sweeping turns though and the balance is hard to ignore, smooth changes through the TorqueFlite eight-speed automatic enabling the full ferocity of that HEMI V8 to be unleashed. 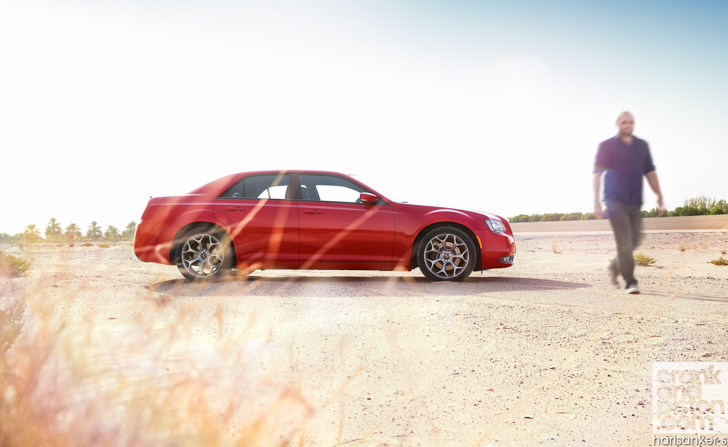 So, what are our overall impressions?

It’s difficult not to be impressed by the Chrysler 300C. It’s difficult for instance not to be drawn by that American brashness so indicative of the mob-industry. Ride and build quality could arguably compare with the like of the BMW 5 Series and Audi A6 on merit, and while the Chrysler may not quite boast the same precision or refinement, the 300C’s composure is far above what one could reasonably expect from a near-two ton American luxury saloon. It’s a bold statement, one that – despite years of faith in German and Italian cars – makes me wonder whether Europe is the only place to buy premium saloons any more. In this way, the 300C really could be deemed The Chosen one.