Breitling for Bentley B05 Unitime Watch. Countdown to 2014

Bentley officially returns to motor racing in 2014 in the Blancpain Endurance Series. When the marque returns to Le Mans, you may want to have the Breitling for Bentley B05 Unitime on your wrist. 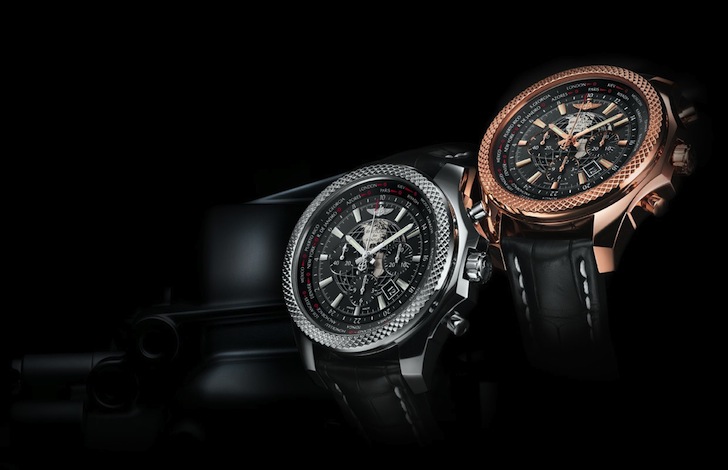 Few could argue that this year’s Blancpain Endurance Series is a hotly contested one, with 12 different drivers from four different teams driving four different GT cars having shared the spoils in the Pro class across four race weekends.

Even so, Bentley will be looking to take the competition to a whole new level when it debuts its much-anticipated Continental GT3 racecar – with which crankandpiston got up close and personal at this year’s Goodwood Festival of Speed – for the 2014 season. On top of a Spa 24 Hours entry, you’ve got to believe a Le Mans 24 Hours campaign is just around the corner.

When the day comes, you may want to flash one of these: the Breitling for Bentley B05 Unitime. The B05 was built to commemorate both ten years since the marque’s 2003 Le Mans victory with the Speed8 and Bentley’s relationship with the luxury watchmaker. And as is customary with most tributary models, there is both a presumably hideous list price (still TBA), a gold case available as standard (alongside a steel option) and some subtle tributes. Around the dial for instance, 24 different time zones are listed, and the oscillating weight that powers the timepiece is shaped like a Bentley wheel rim.

The race is now on to see which returnee claims its first Le Mans victory in over a decade: Bentley or Porsche’s Mission 2014. Care to place a bet?