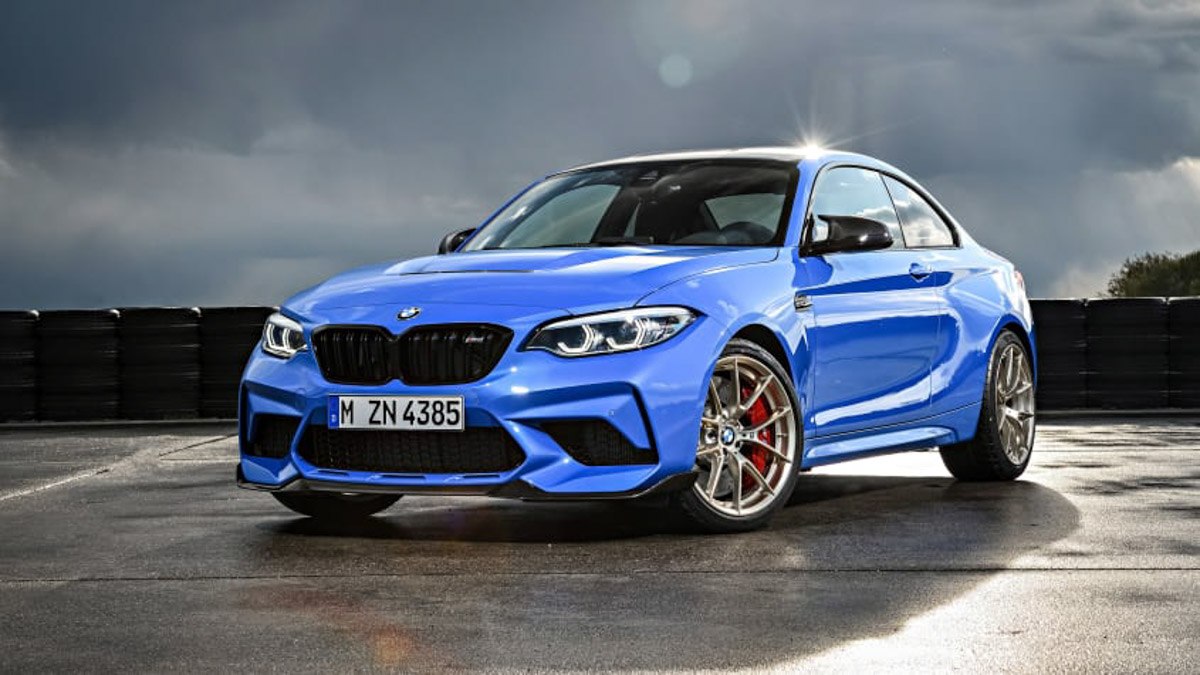 If the M2 Competition marked a significant improvement over the conventional BMW M2 launched in 2016, then the new M2 CS promises to be even better.

We’ve high hopes, not least because the M2 CS follows on from the impressive M3 and M4 CS models. And if you’ve been doubting the motorsport credentials of the Motorsport badge recently – the M8 Competition was decidedly lacklustre – then promising is the news the M2 CS will form the basis of a new amateur racing series in 2020.

Broadly, the M2 CS is a quicker, more serious take on the existing M2 Competition, with greater use of exotic materials, including carbonfibre, an increase in power thanks to an engine from the M4 Competition, upgraded brakes and a stability control system re-tuned to allow the driver greater control.

Let’s take a look at that engine first. Mechanically it’s the same 3-litre twin-turbocharged in-line six you’d find in the M2 Competition, but in CS trim the M2 gains the tweaked unit from the M4 Competition, with 444bhp at its disposal (40bhp more than the M2 Competition, itself 39bhp more potent than the original M2) and torque of 406lb ft.

Like the Competition, the CS also comes as standard with a six-speed manual transmission, with a seven-speed M DCT optional. Given manual gearboxes are getting rarer by the day in this class, it has to be the default option, and is good for a 0-100kph time of 4.2sec. That’s two-tenths shy of the DCT, but who’s going to notice? An M Driver’s Package is standard fitment, meaning a top speed of 280kph rather than the usual one-five-five.

Standard too is an Active M differential, complemented by a re-tuned stability control system. In M Dynamic Mode the stability control allows extra slip to be exploited by the driver, with the possibility of ‘moderate, controlled drifts’, yet still keeps an electronic barrier in place to prevent things getting out of hand.

Adaptive M suspension allows for further fine-tuning of the car’s behaviour, split between Comfort, Sport and Sport+ modes, the latter recommended for track use. The power steering has been re-tuned too, while M Sport brakes, optional on the M2 Competition, are standard on the CS. With 400mm front discs and 380mm rears, complete with six- and four-piston calipers respectively, fade shouldn’t be an issue – particularly if the optional carbon-ceramics are also specified.

They’re shrouded by forged, 19-inch wheels, weighing 9kg apiece at the front and under 10kg each at the rear. A black finish is standard, with matte gold optional. Two tyre options are also available – a set of Cup 2s is standard (245/35 at the front and 265/35 astern), but BMW recommends customers primarily buying their M2 CS for road use fit the other tyre set, a Michelin Pilot Super Sport.

Along with the wheels and tyres, other visual changes for the CS include a new carbon bonnet and carbon roof panel. The former is half the weight of the standard item, and features an additional cooling vent. The roof also sheds weight, not least because it’s stiffer than standard (contributing further to the shell’s rigidity) and requires no internal bracing, while BMW has also shed sound insulation.

Other carbon touches include a front splitter, lip spoiler on the trailing edge of the bootlid, and rear diffuser. The distinctive M door mirrors are carried across from the Competition, but they too wear carbon casings, while there’s a dual-branch exhaust system with quad tailpipes.

Inside, you’ll find more carbon, most notably a centre console constructed entirely from the stuff – half the weight of the original, BMW claims. Carbon is used for the door trims and door handles, the bucket seats are cribbed from the M4 CS, and there are lashings of Alcantara. Specification-wise, adaptive LED headlights are standard on the CS.

The M2 CS does come at a price, however. Specifically, $97,045 – around $31,000 more than the already talented M2 Competition. Whether it’s worth the extra or not we’ll find out when the car hits the market, but given the M4 CS went some way to justifying its equally chunky price tag, we’ve got high hopes for the M2 CS.