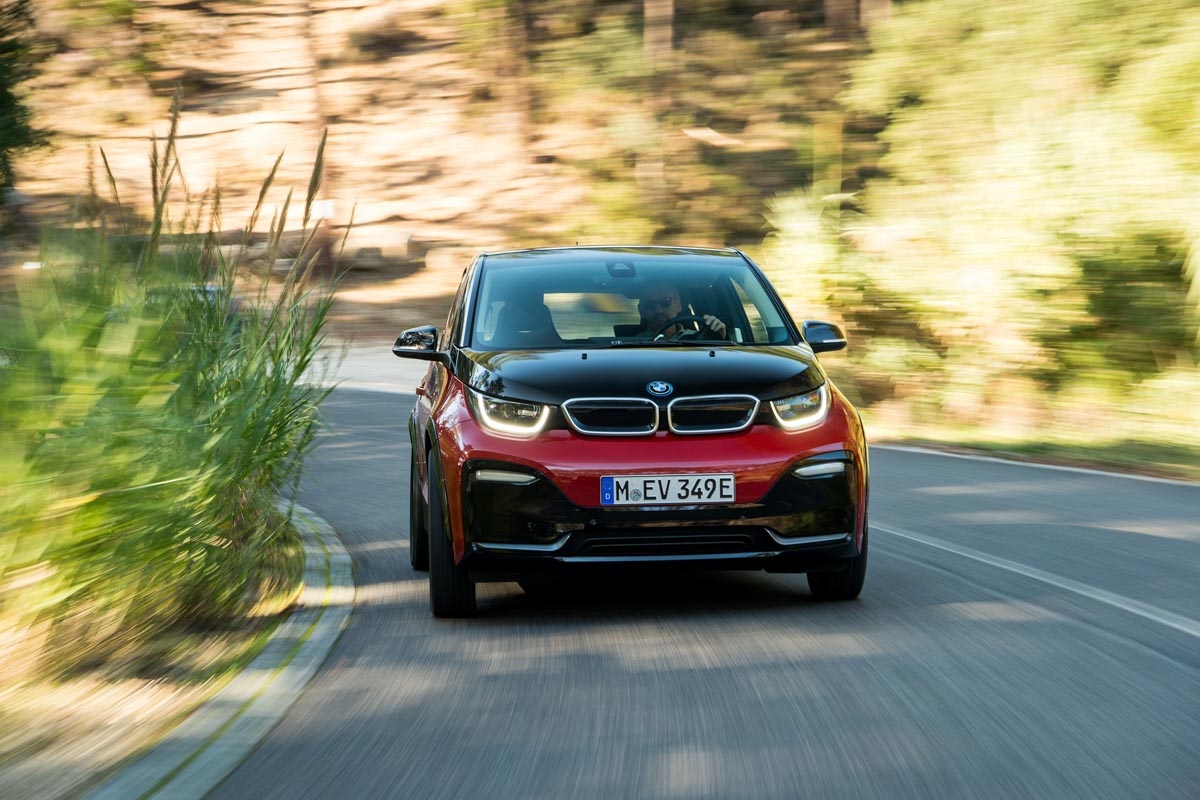 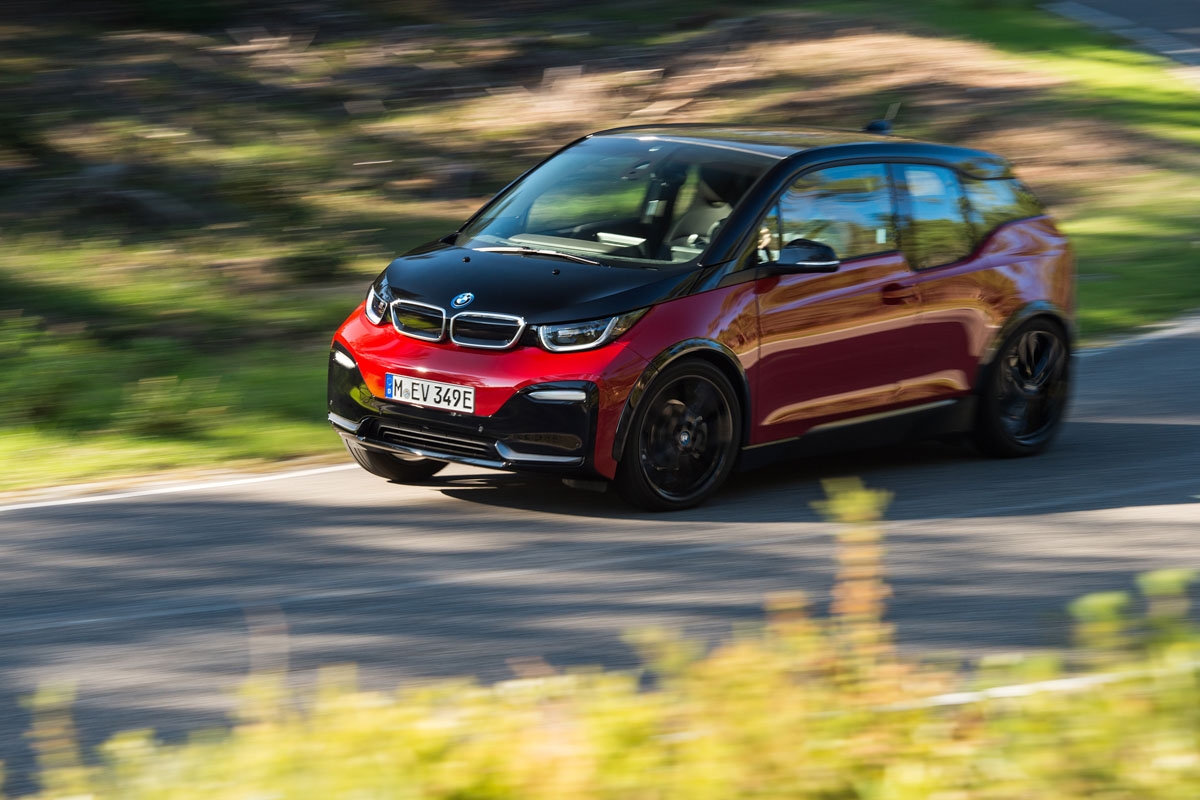 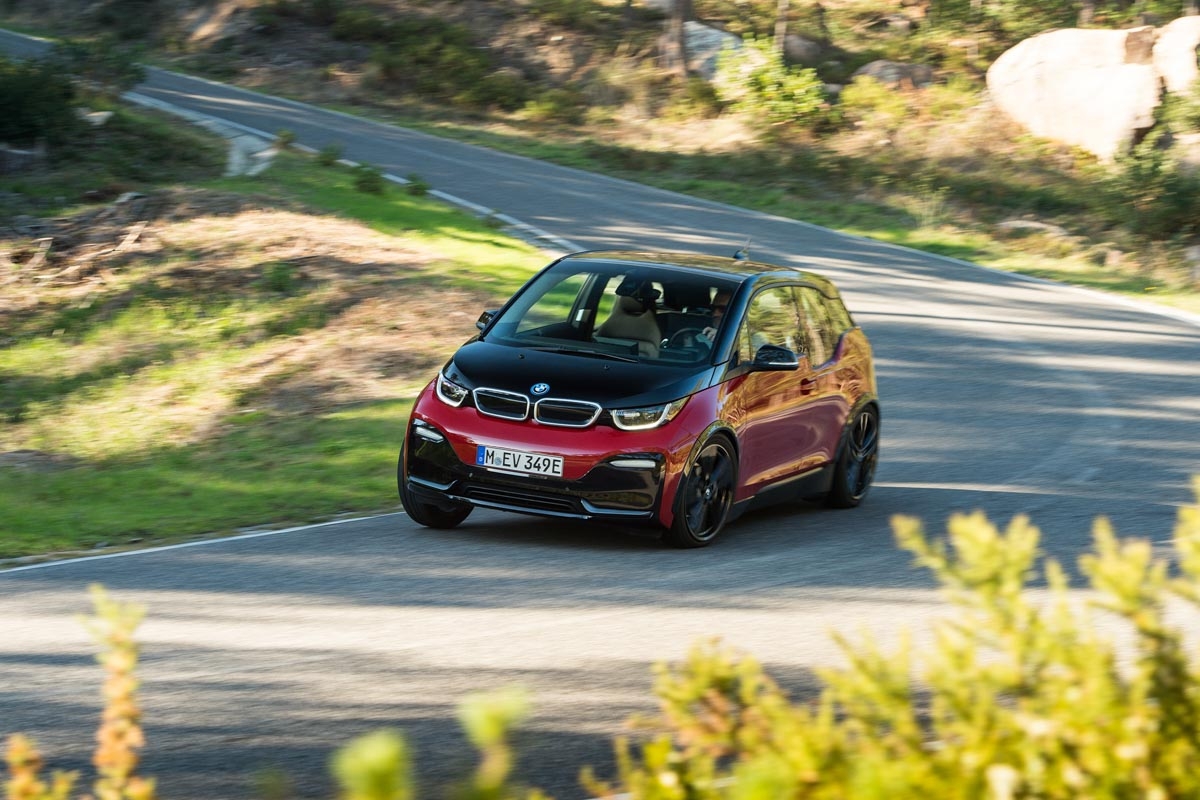 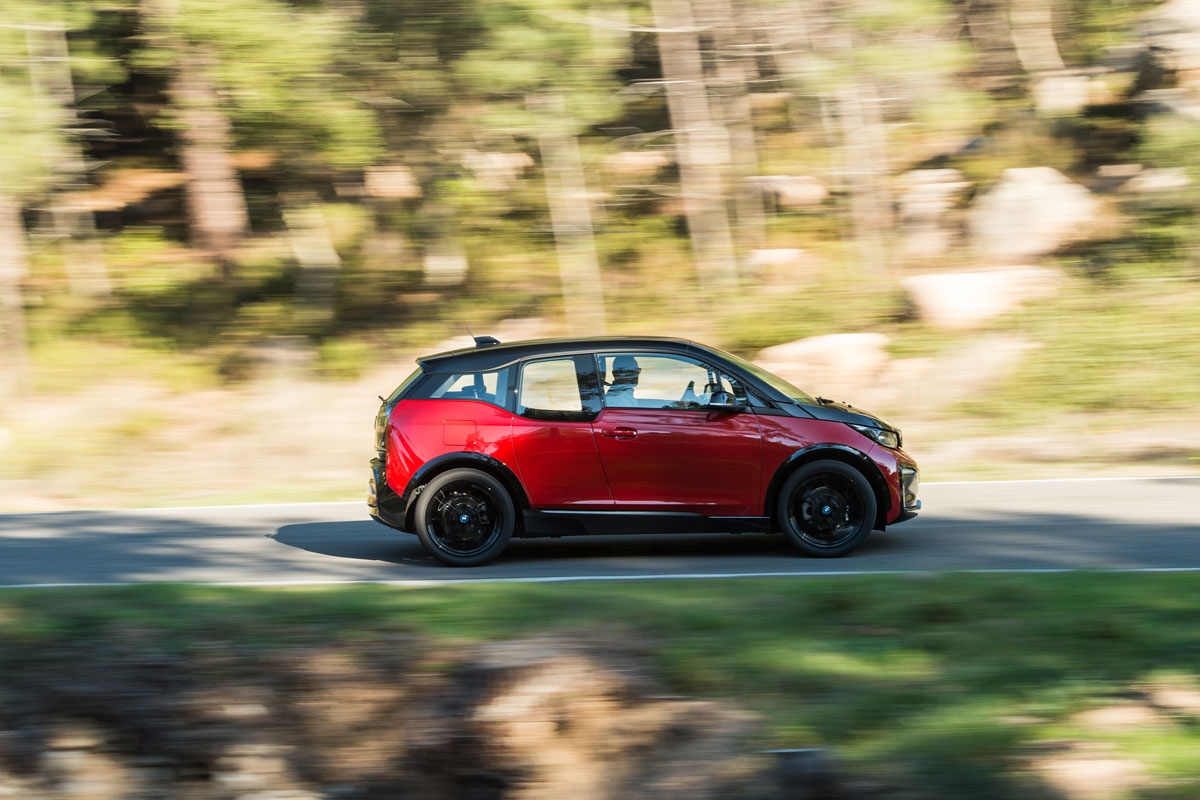 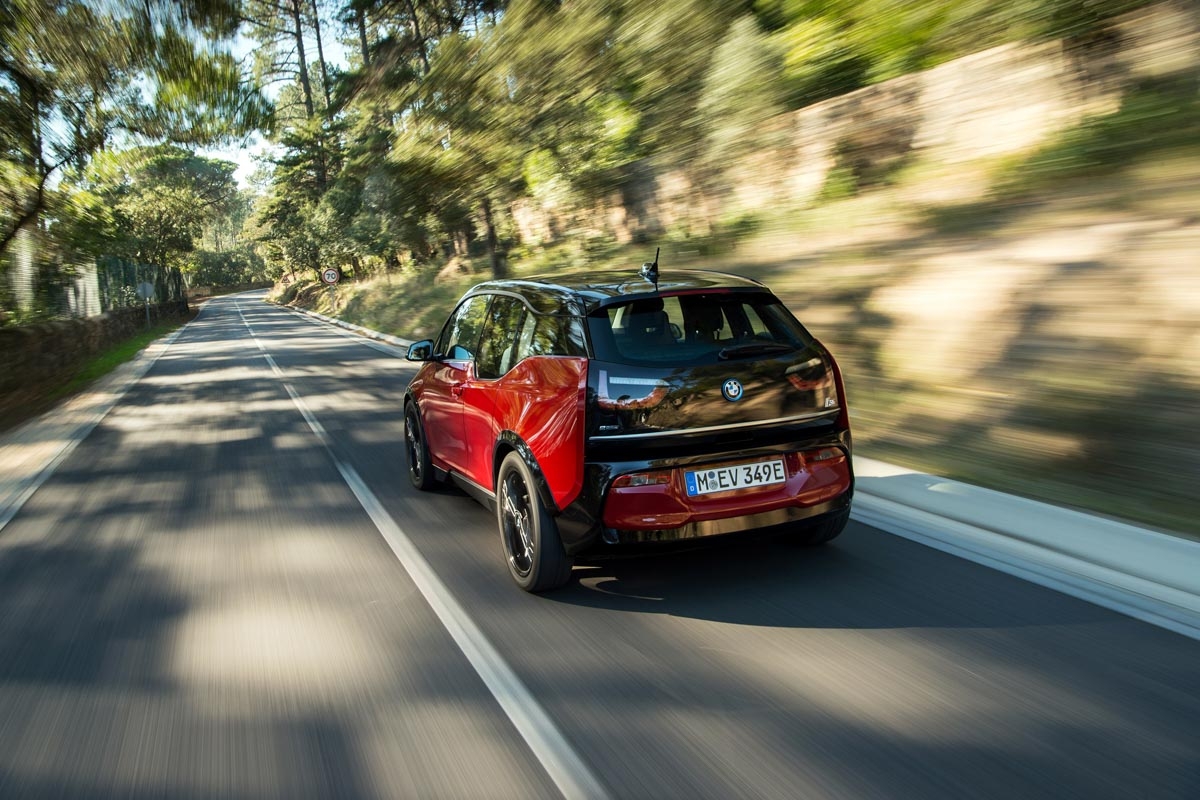 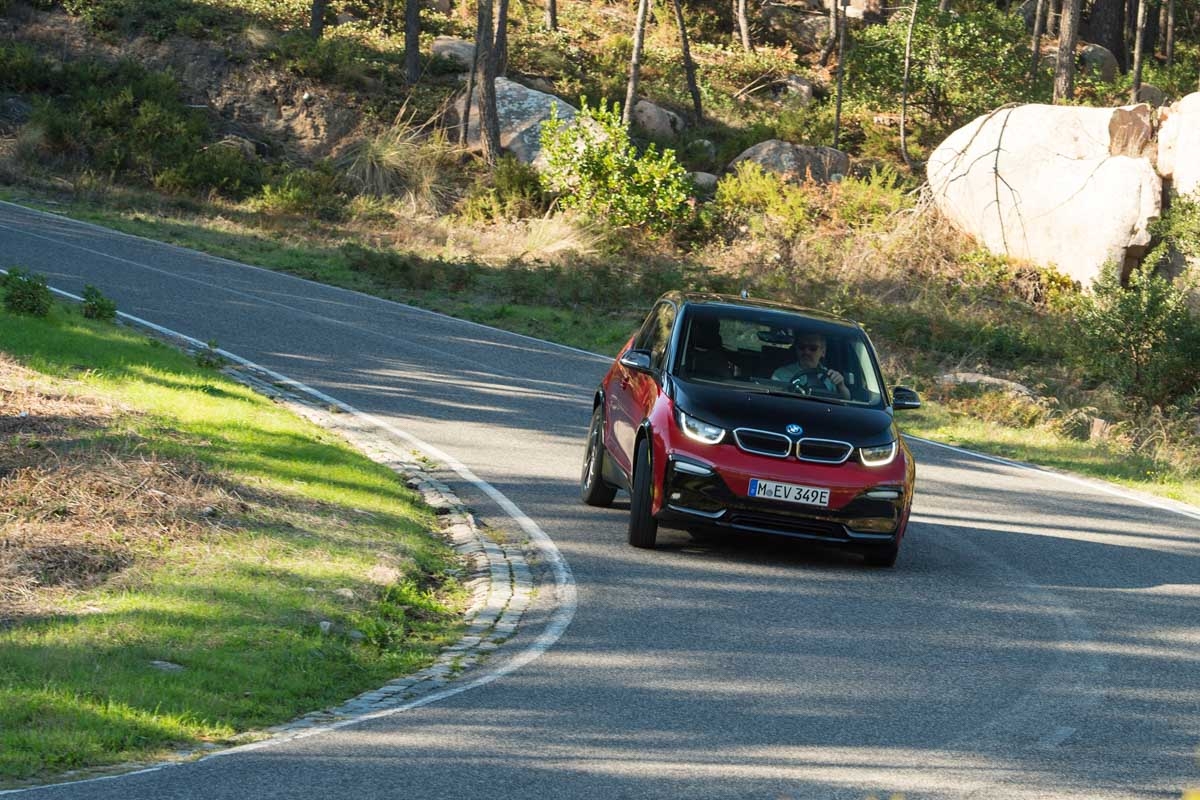 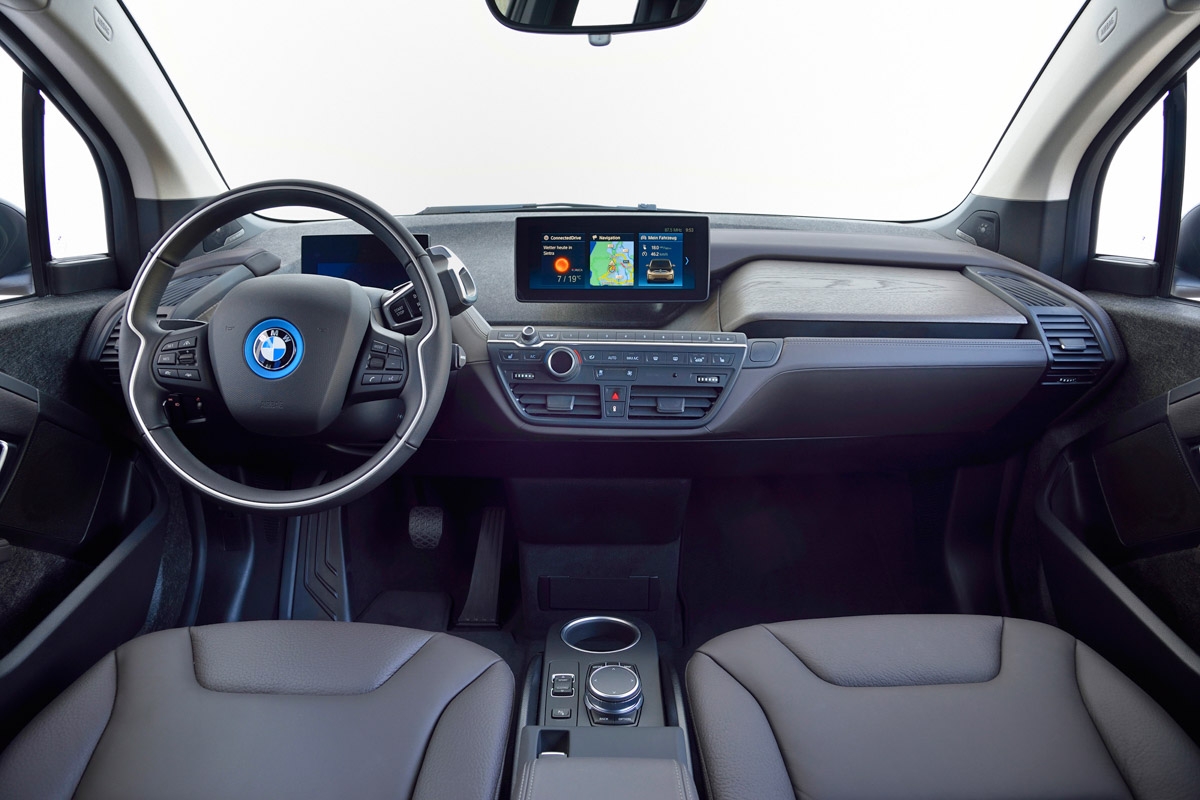 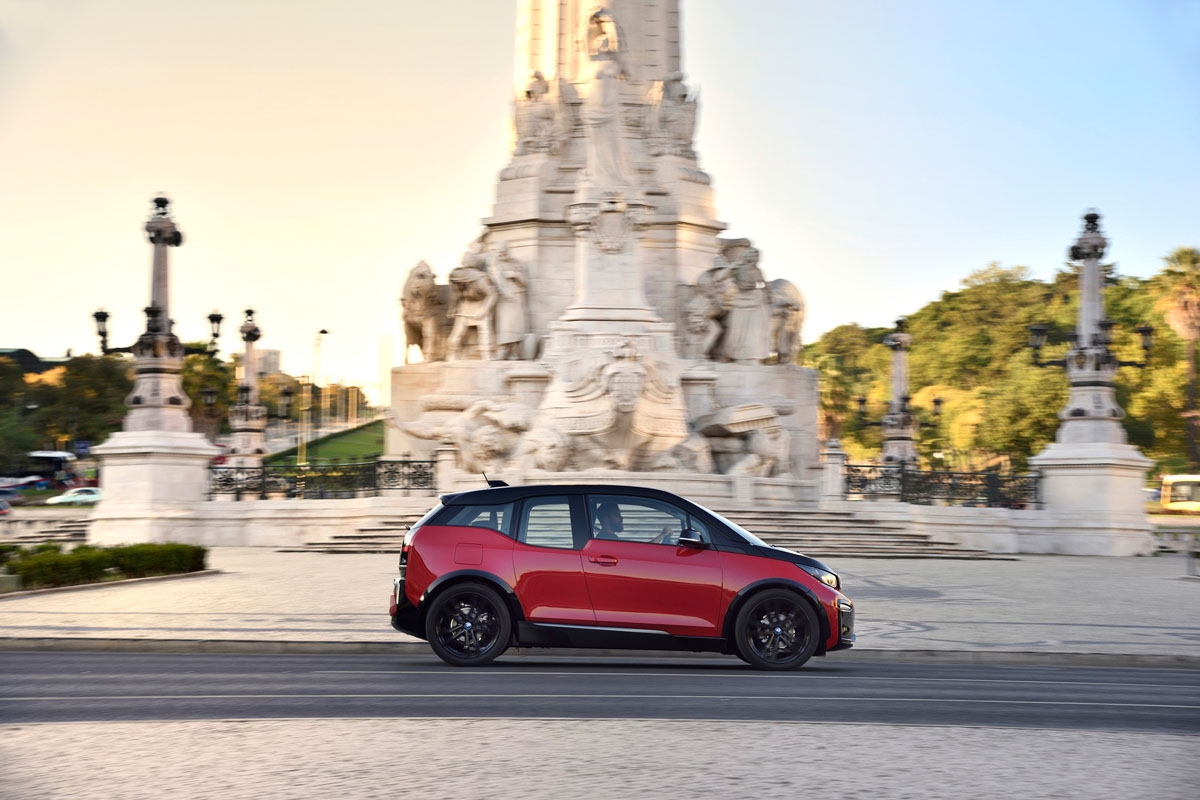 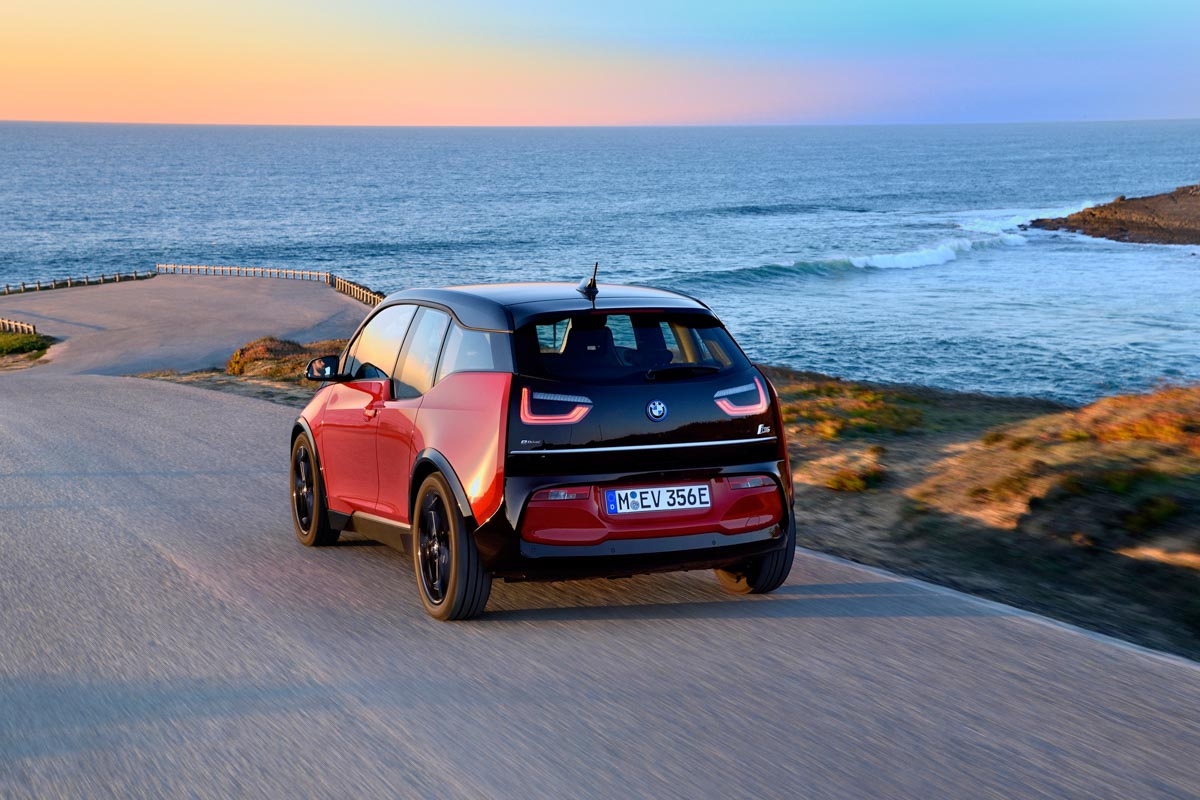 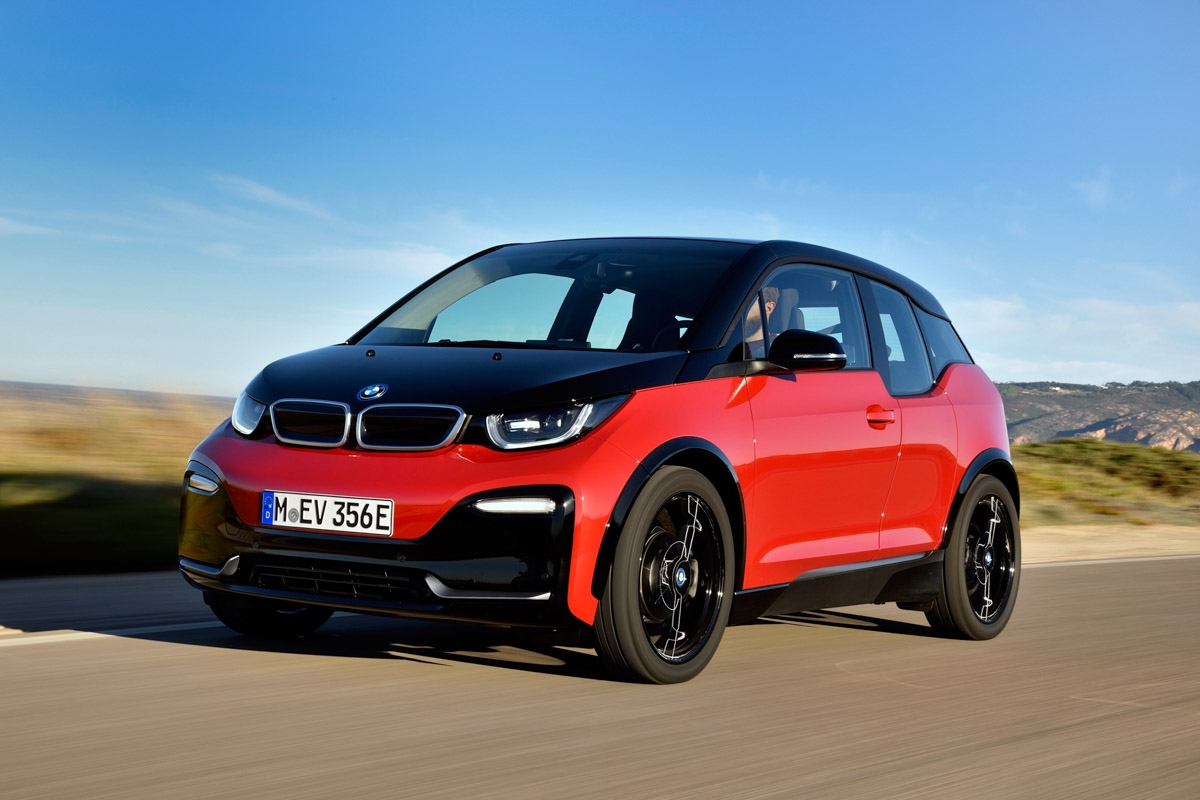 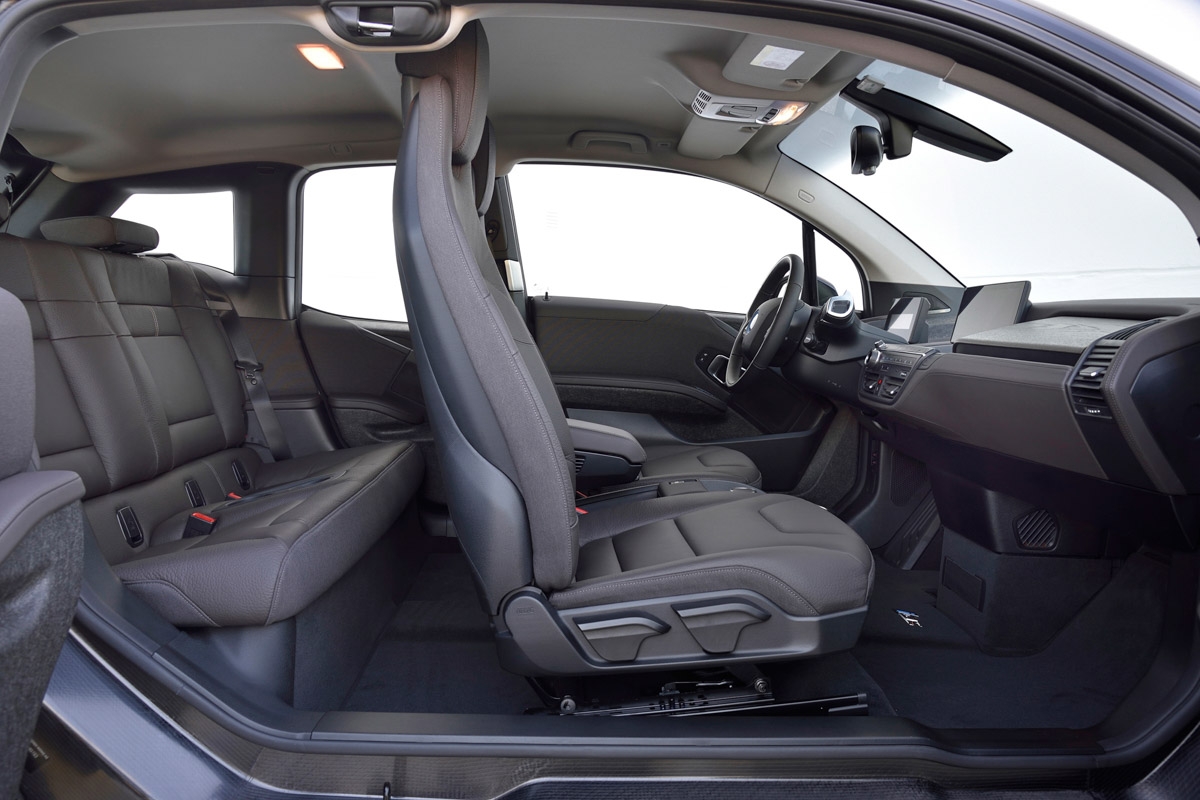 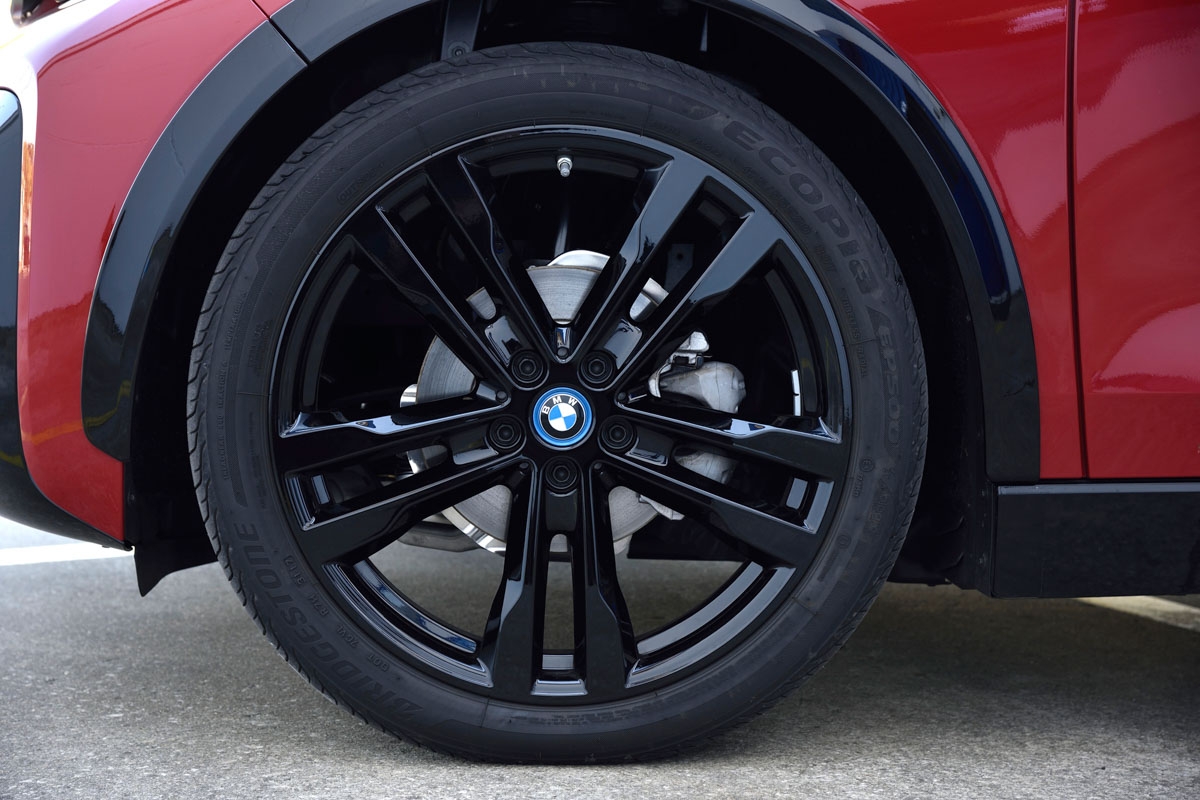 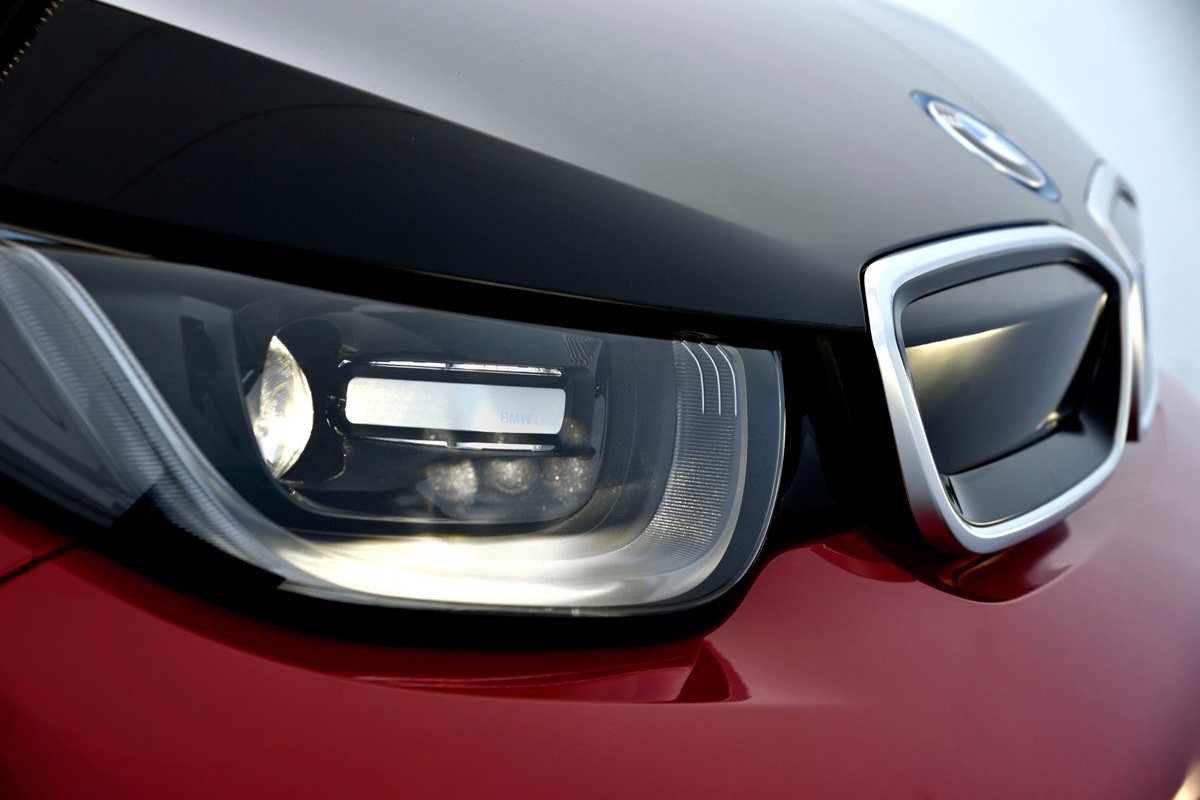 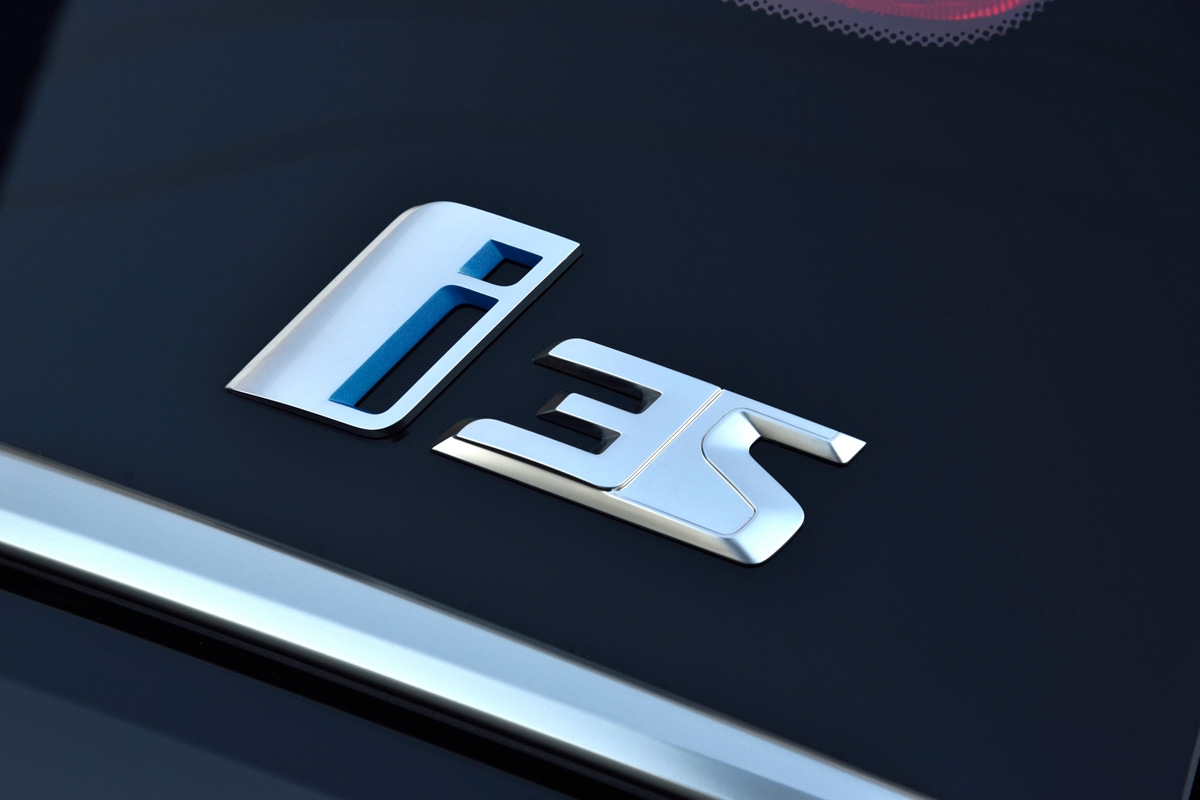 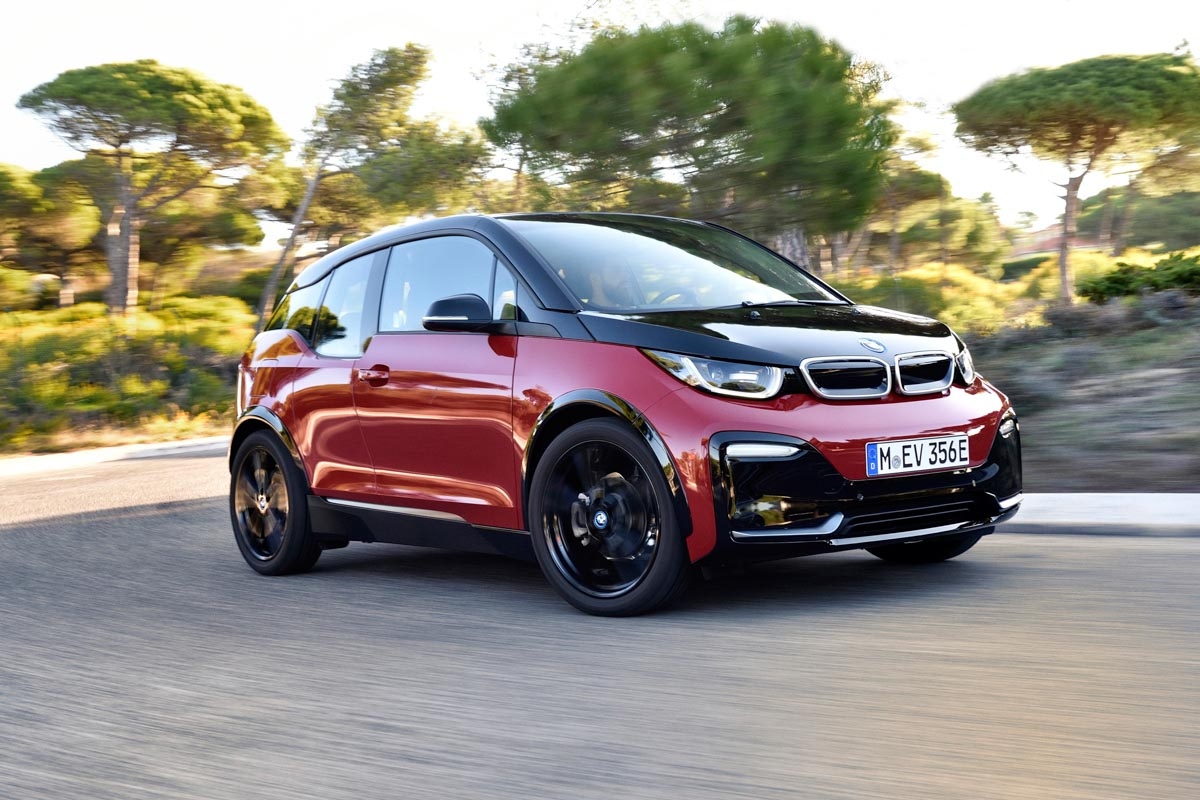 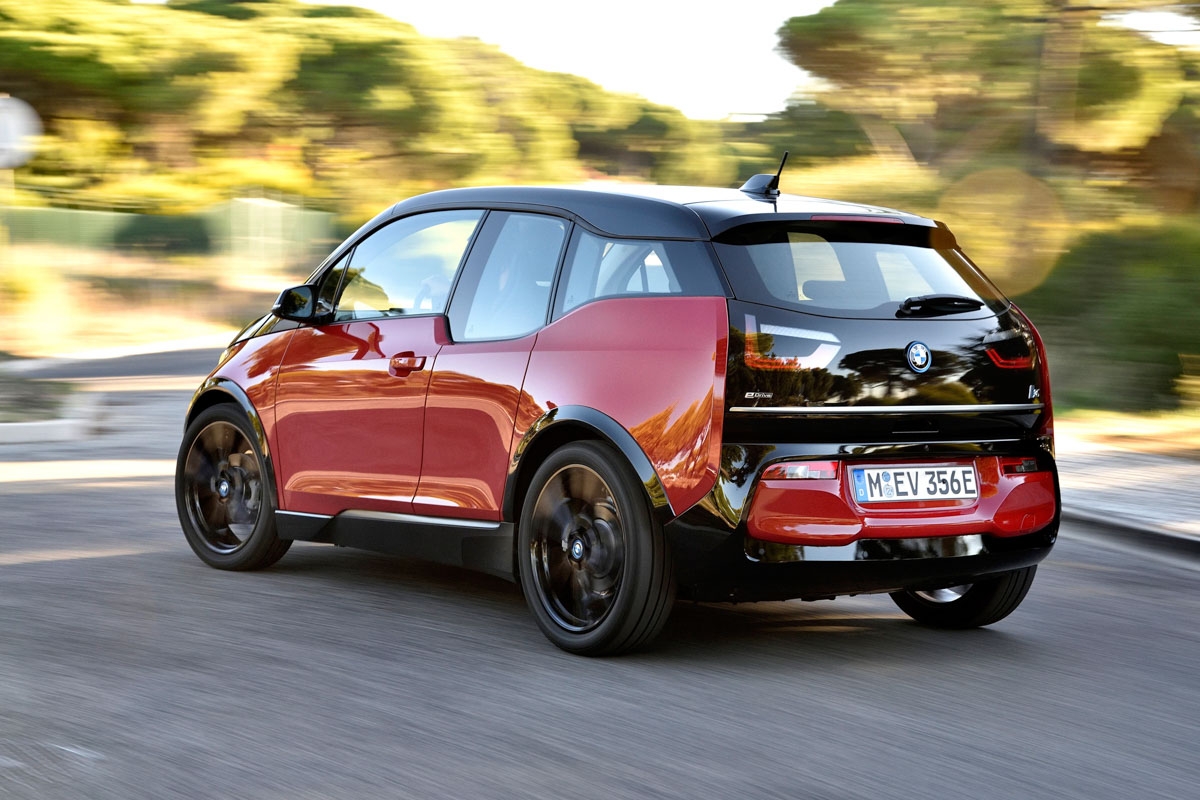 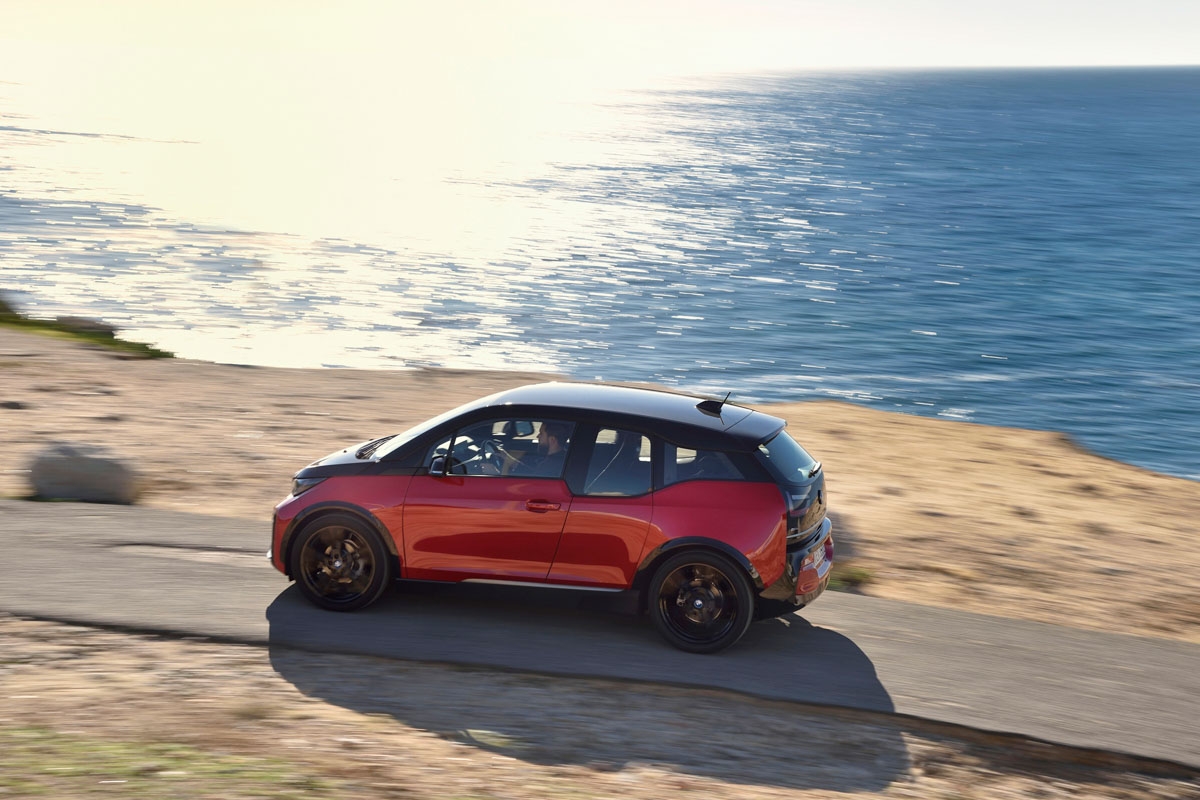 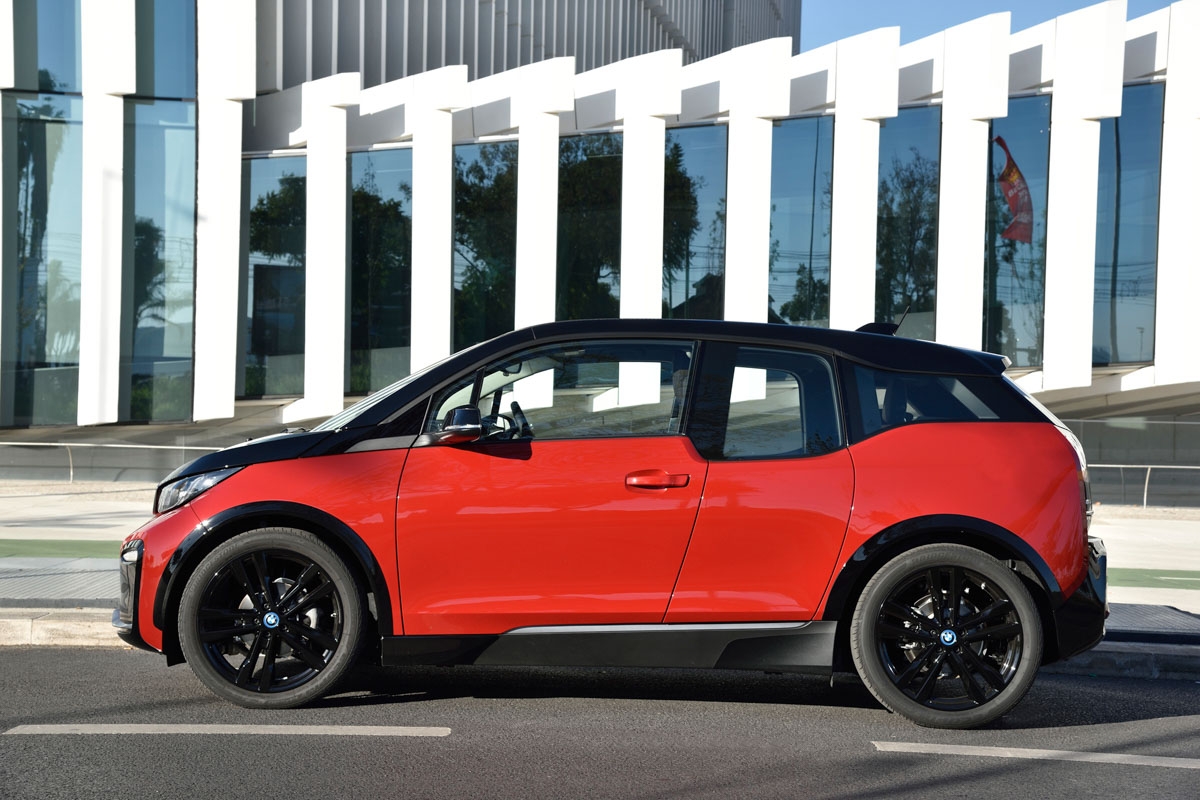 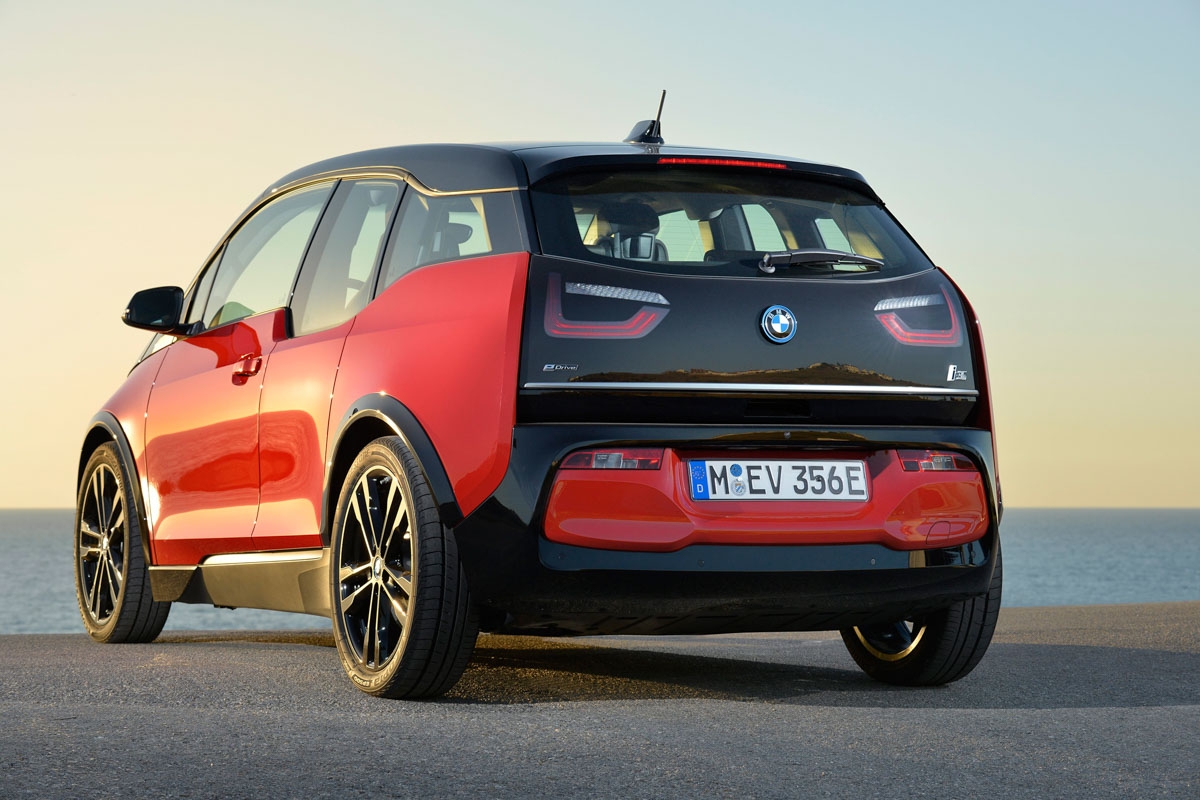 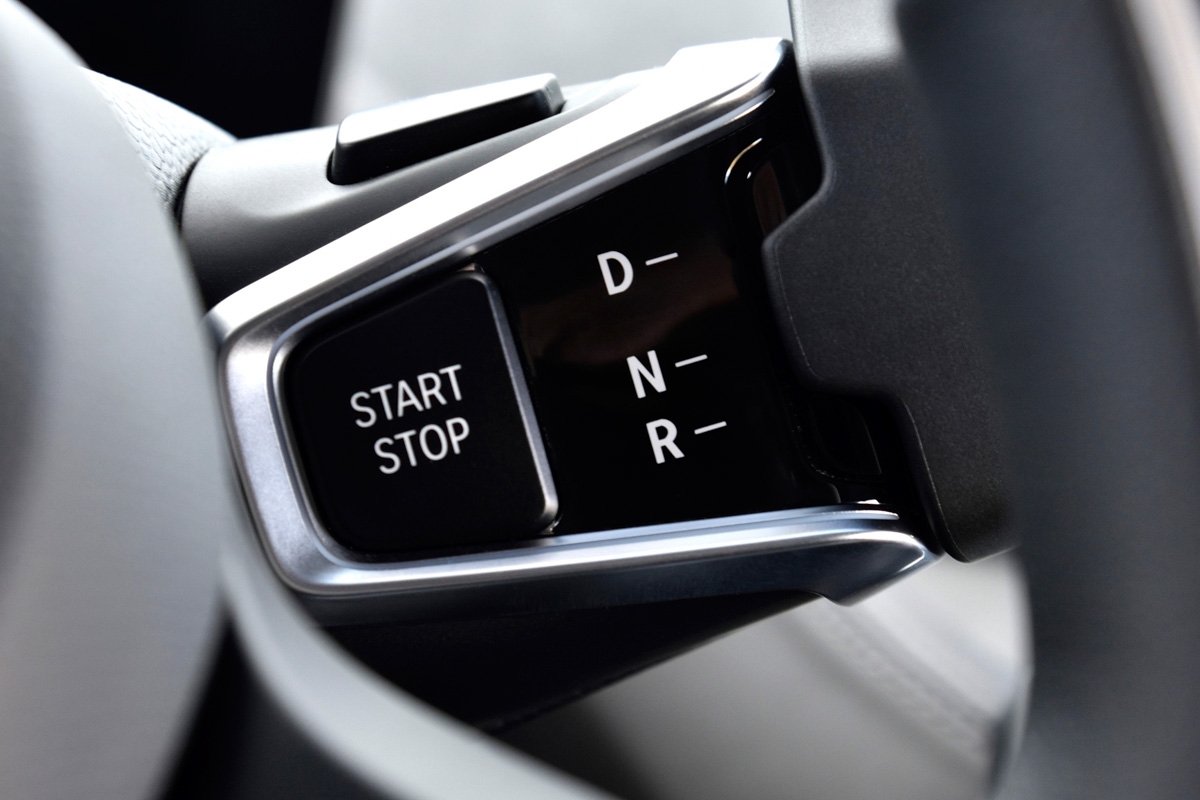 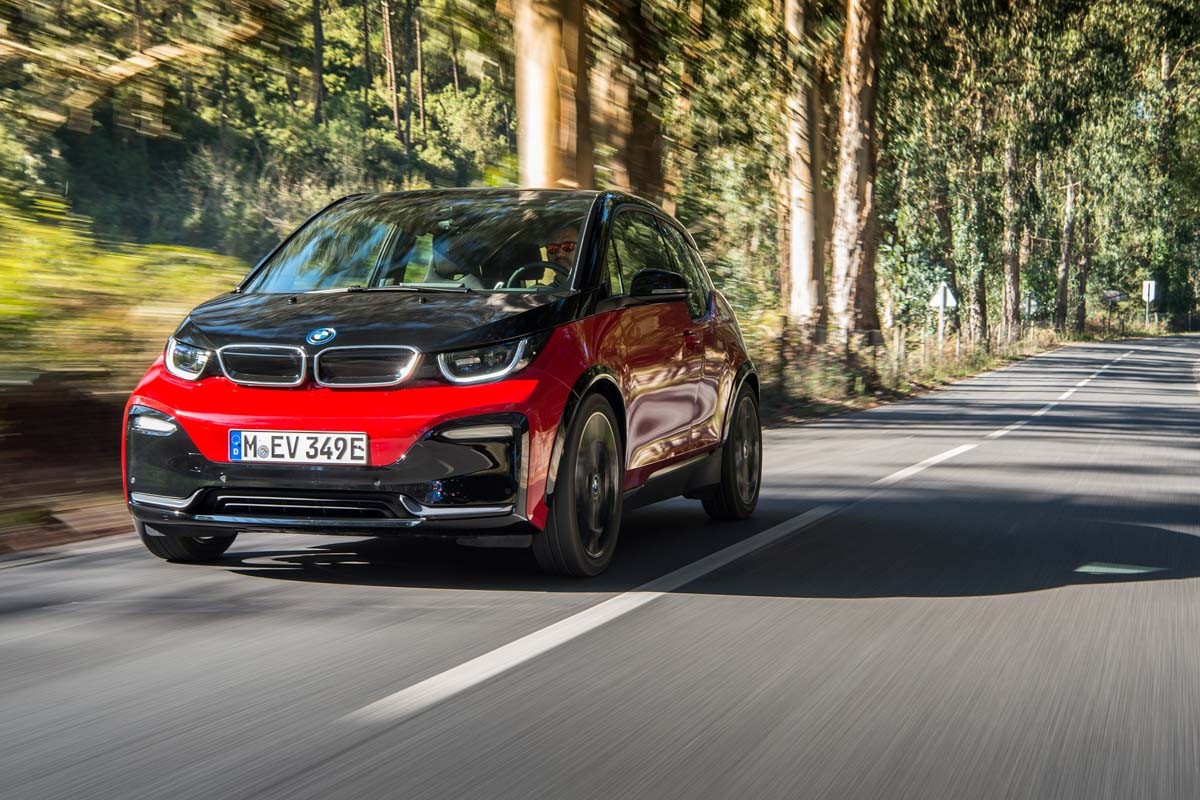 There’s something counterintuitive about a sportier BMW i3. Efficiency and frugality is what the car is about, so fitting wider tyres and a more powerful electric motor to add sportiness – but reduce range – seems to go against the ethos. There’s no question it looks better, though, particularly with bigger, gloss black-painted alloys and arch extensions, which help it look a bit less geeky, as do the new LED headlamp units that combine all the main lighting functions, so the separate round lamps that sat below have now gone on all i3 models.

Inside, it’s pretty much business as usual, so an interesting mix of light, stiff fibreboard, grained wood and faux leather, contrasted by familiar BMW features such as the iDrive controller. The upgrades add just under $4k to the list price, taking it to $49,325.

The electric motor in the back of the i3s delivers 180bhp and 199lb ft of torque, 12bhp and 15lb ft up on the original i3 and enough to drop the 0-100kph time to a nippy 6.9sec. And it feels good for that. Electric motors are most potent from zero rpm, so most of the acceleration, delivered via a single-speed auto transmission, is in the first 48kph, though BMW does claim that the engine changes enhance acceleration at higher road speeds, too.

The maximum range is slightly lower but BMW says that ‘real world’ range will be similar at 200 kilometres. This is presumably because apart from the marginally increased rolling resistance from the wider tyres, you’re only reducing the range compared to the regular i3 if you’re using all of the more powerful motor’s potential.

The motor is essentially the same as before, the extra power having been liberated by a redesign of its internals. This results in the 12bhp increase in power but also, says BMW, 30 per cent more torque at higher speeds so it still feels sporty beyond 100kph.

In the wet, traction control interventions in the original i3 could feel a bit crude. They are said to be noticeably better in the i3s because slip management is now in the motor, not via a separate ECU. With finer, and therefore smoother control, the i3s it should be able to exploit more of the traction and grip of its (wider) rear tyres, and thus make it more sporty in handling.

There’s impressive punch off the line and when you pin the throttle from low speeds, accompanied by a cool, faint, high-pitched whine that sounds like modulating jet engines on the final approach. The wheel tracks have increased by 40mm front and rear in order to give more bite, and the steering has good weighting and feels responsive. Pitch the i3s at a few corners and it behaves pretty well for a car that feels tall, pushing into slight understeer, which is finely managed by the stability control.

Accelerating hard out of a turn it can feel like the i3s wants to spin up an inside rear tyre and slip sideways, but this is never allowed. In the vehicle settings menu you can find a button to turn traction control off, but even with that pressed, the car won’t get out of shape in the dry, the closest it gets being the sensation that the tyre is slightly over-speeding.

The appeal of the i3 is its eco credentials but it’s a BMW too, which has traditionally meant engaging dynamics. This is not something that the original i3 delivers in the accepted, dynamic sense: it’s… different. The chassis changes of the i3s make it more capable and, with the power uplift, a good deal sportier than the standard i3. It’s a simple car to drive at the limit – which are its own carefully managed limits – so it’s no hot hatch, but if you’re taken with the concept of the i3 and enjoy driving, the i3s makes it much more palatable.

In terms of direct rivals, there’s not much to challenge the i3s. Closest in its mix of sportiness and eco-friendliness is the VW Golf GTE, but this is a plug-in hybrid rather than a pure EV. Prices start at $37,530 (including the plug-in grant) and it delivers similar performance to the i3, but without any of the range anxiety. Yet like the i3, there’s a feeling its handling is slightly hobbled by the weight of the electric motor and all those batteries.