Petrolicious uncover a man with a passion for his BMW E28 M5 that he purchased new and intends to keep forever. 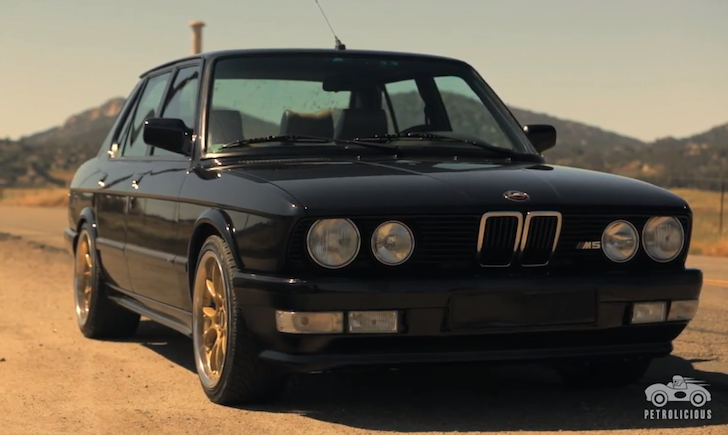 The BMW E28 M5 is one of the rarest BMW Motorsport cars with a limited production run of just over 2000 units. Hand-built in Garching, Germany, the E28 M5 was the fastest production saloon in the world on its release and possibly one of the greatest sleeper cars ever produced. A slightly de-tuned BMW M1 engine – wrapped in unassuming 5 Series tin work – packed the same punch as a Ferrari 308 GT but could sail along the road unnoticed by all except the few in the know.

Randy Balingit-Hartmann was obviously a man in the know back in 1989 when he purchased the first E28 M5 to arrive in San Diego. Now, 24 years and 400,000 miles later, Randy is still as passionate about his M5 as the day he bought it.

Another great insight in to what fuels petrolhead passion from the team at Petrolicious.