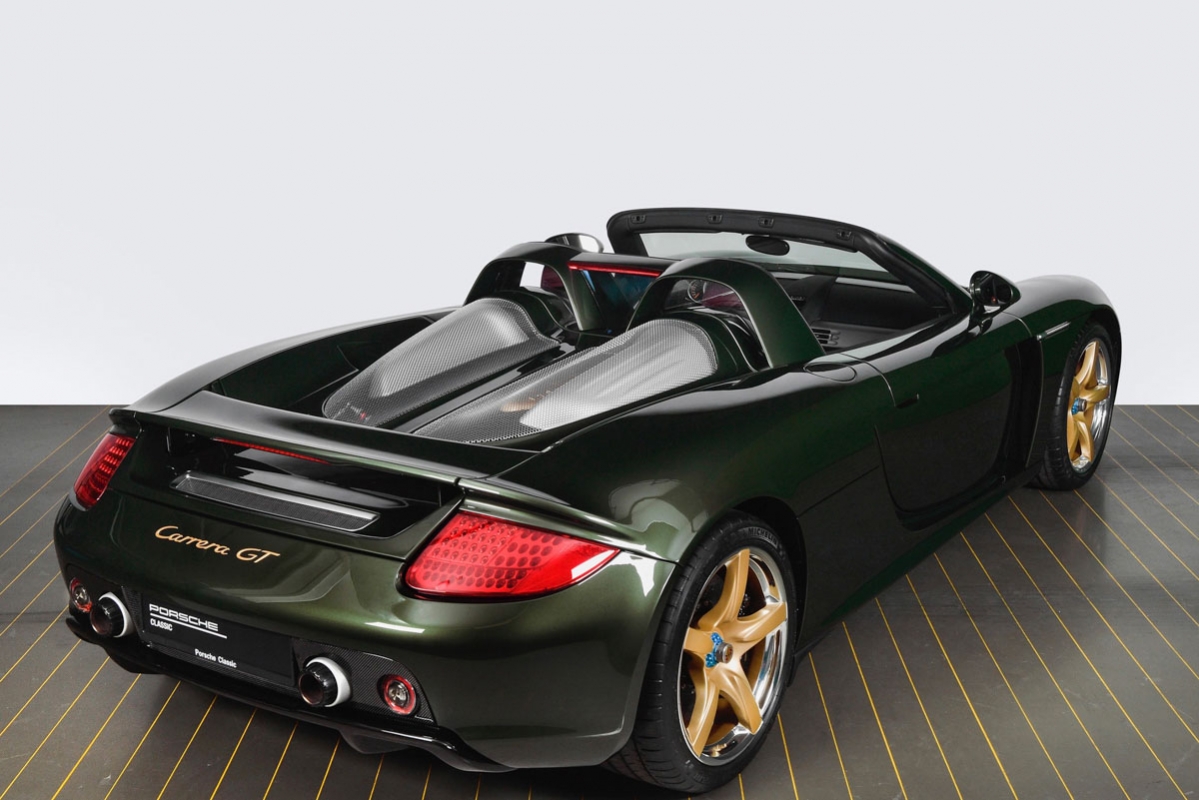 Its unusual for a car that is barely 15 years old to undergo a full restoration, but that’s exactly what the owner of this Porsche Carrera GT  decided to do with his, sending this specific example back to the factory to not only give it a thorough refresh, but also apply some distinguished specification changes.

The factory started by painting the exterior a shade of dark green called Oak Green Metallic, a colour that first appeared on Porsche’s palette in the 1970s. In order to recreate this shade, Porsche Classic had to get involved, as this shade has not been in use in recent times, let alone available on the standard Carrera GT.

The wheels also received a bespoke finish, partly painted in a contrasting shade of gold, with a separate polished rim. This wasn’t a simple process though, being a single-piece magnesium wheel. Porsche material engineers worried that a polishing process might compromise the structural integrity of the wheel itself, leading them to come up with a different method to create the polished effect. To do this, Porsche coated the rim of the wheel in silver, which was polished and then coated with a clear laquer to avoid oxidation. We’d suggest avoiding kerbs.

The owner also applied his creativity inside, partly upholstering the carbonfibre buckets in Porsche’s classic houndstooth fabric, offset with a spectacular shade of mulberry leather. The steering wheel, air vents and interior carbon parts also received attention, a highlight being the corresponding green and gold centrepoint stitched into the steering wheel.

All the exterior carbon components were also refinished, with over 350 man-hours spent sanding and re-lacquering in order to remove the milky finish that so often affects early carbon components that have discoloured due to UV exposure.

The result, one very special Carrera GT, and an example that is distinctive among the relatively limited pallet of classic Porsche colours usually seen on the model.