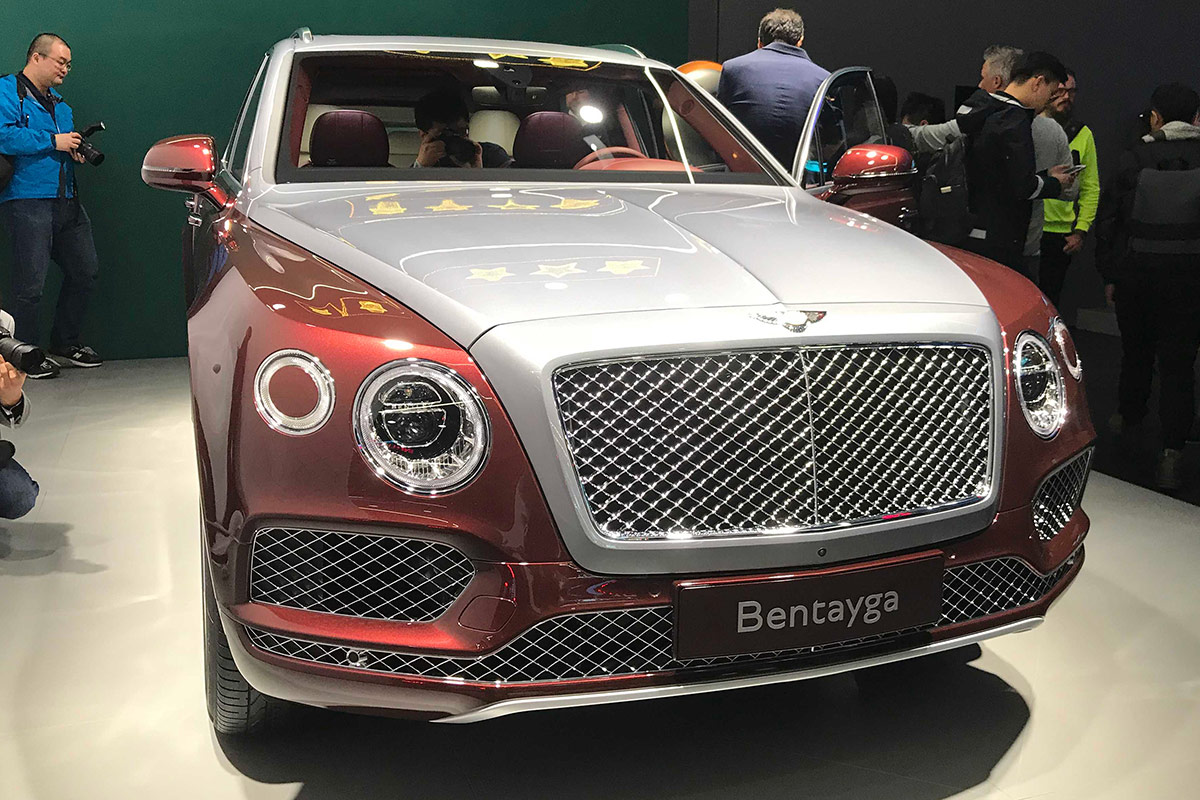 Bentley has revealed the first details on its new Bentayga PHEV, the company’s first hybrid vehicle. As the fourth engine derivative of the luxury SUV, the new 3.0-litre turbocharged petrol engine adds to the existing W12, V8 diesel and recently launched V8 petrol variants. Like the diesel, the Bentayga PHEV introduces a new drivetrain type to the historic British marque, using technology developed by the wider VW group.

Bentley is remaining coy about engine specifics at this stage, stating only that the Bentayga PHEV will utilise a 3-litre turbocharged V6 petrol engine in combination with an electric motor and lithium-ion battery pack. Built on the MLB-evo platform, which also underpins the hybrid Audi  Q7 e-tron, the Bentley differs from its German cousin by being fitted with a petrol V6 engine in contrast to the Q7’s diesel V6.
However, it doesn’t take a genius to work out that Porsche also has a 3.0-litre turbocharged six-cylinder petrol-hybrid powertrain that it offers in both the Panamera and new Cayenne, and it’s this engine that will find its way to Crewe. Before being installed in the Bentayga, Bentley’s engineer’s will set about its ECU to optimise the powerplant to suit the requirements of its two-plus tonnes of SUV. Therefore, expect peak power to be north of 450bhp with around 520lb ft of torque available, allowing the Bentayga PHEV to comfortably reach 250kph and crack the 0-100kph sprint in under 5-seconds.

Bentley is quoting an electric range of up to 50 kilometres on the NEDC cycle and the capability of being recharged in just two and a half hours from Bentley’s own Philippe Stark-designed wall charger. These numbers match the upcoming Range Rover PHEV that will likely be a key rival; but the Bentley’s six- rather than four-cylinder engine will likely operate with an advantage in terms of refinement.

Aesthetically, the Bentayga PHEV is identical to other models in the range, save for the copper detailing on the badges and a second filler cap hiding the plug point. The interior is also unchanged, featuring the same combination of waxy leather hides and immaculate build quality, but does without the latest-generation infotainment system utilised by the new Continental GT.

Bentley has not revealed prices, in-depth technical specifications or a release date as yet, aside from saying that cars will not reach customers till late this year. While the notion of an ultra-luxury hybrid SUV might sound like an odd combination, the capability of silent motoring will likely be popular with its urban target audience.