With help from our long-time friend Eric Fabre, crankandpiston selects its favourite images from the 2014 24 Hours of Le Mans.

Amidst the hysteria surrounding Porsche’s return to Le Mans’ hallowed asphalt in 2014 lay potentially a larger story. That Audi – 13 times a winner in the last 15 24-hour races at La Sarthe – was the event favourite was a moot point. Die hard fans of the endurance classic hoped to see history made and Denmark’s Tom Kristensen crowned as a 10-time winner of the 24 Hours of Le Mans.

Though the fairytale ending ultimately failed to materialise for both Kristensen and Porsche, many cite the 2014 race at Le Mans as a future classic. Pipped to pole position by Toyota, the Japanese marque had looked set to steamroll the event on the way to its first ever victory at Le Mans. But poor weather, cruel reliability and an error here or there meant it was ultimately not meant to be, even after the #7 TS040 of Alexander Wurz, Stéphane Sarrazin and Kazuki Nakajima had eased almost a full lap into the lead at one point. Porsche’s time at the front also came to a bitter sweet end, the #20 entry of Mark Webber, Timo Bernhard and Brendon Hartley running almost three times further than the 919 Hybrid had managed hitherto. Even the normally bullet-proof Audi contingent fell foul, with the #3 of Oliver Jarvos, Filipe Alberquerque and Marco Bonanomi being wiped out in a rain-hit incident just a few hours in and the #1 of newboy Lucas di Grassi, eleventh hour substitute Marc Gené and that man Kristensen easing to a halt with engine issues.

Le Mans has a strange way of producing an apt finish though, the #2 R18 e-tron quattro leading home an Audi 1-2 (just ahead of its #1 teammates) to record victory number 14 for Ingolstadt at Le Mans and the third in three years for former World Endurance Champions Marcel Fässler, André Lotterer and Benoît Tréluyer. History can work in the strangest of ways.

Perhaps you’ve already seen the full 24-hour event. If you dipped in and out though, perhaps you’d like to see highlights from the 2014 race courtesy of Audi as well as these awesome images from our old mate Eric Fabre. 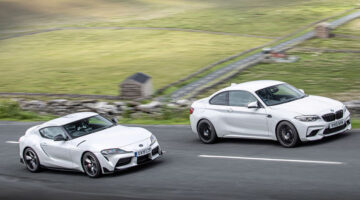