Aston Martin and Red Bull to build ‘next generation’ hypercar 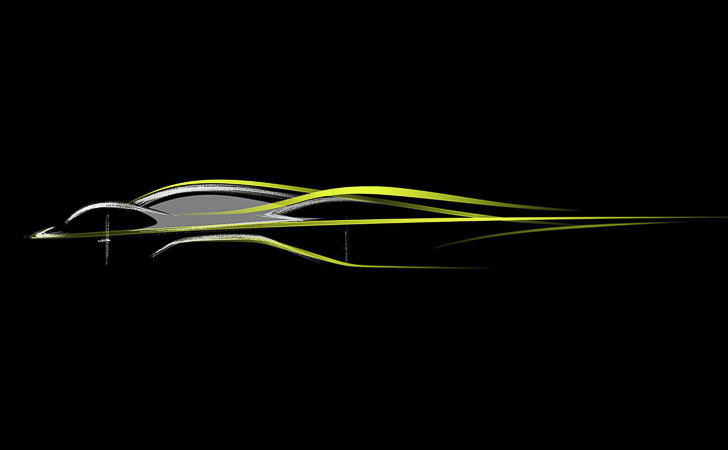 Ever wondered what it might be like if Formula 1’s Adrian Newey and Aston Martin’s design chief Marek Reichman collaborated on a road car? Well wonder no more, as Red Bull Racing and Aston Martin have officially announced they are working on a brand new ‘next generation’ hypercar, codenamed ‘AM-RB 001’ and teased in the above image.

Tantalizing prospect, isn’t it? The man responsible for the Constructor’s Championship winning Williams FW14B (’92), McLaren MP4/13 (’98) and Red Bull RB6 (’10) among others, and widely regarded as the greatest F1 designer of his generation, working in tandem with the man who brought us the achingly beautiful DB9, the brand new DB11, and One-77 hypercar since taking up his role in 2005. Though few details have been revealed, the collaboration between Aston Martin’s ‘Q’ and Red Bull Advanced Technologies is expected to include ‘the ultimate blend of cutting edge F1 technology’ and Aston’s jaw-dropping design cues. And a plug-in hybrid powertrain at the very least. What else would you expect from a ‘next gen’ hypercar?

To promote the new AM-RB 001 accord, Aston Martin badges will adorn Red Bull Racing’s new RB12 single seater throughout the 2016 F1 season, effectively putting to an end talks of a potential tie-up between the British luxury marque and Force India. The return of Aston’s wings to the F1 grid for the first time since 1960 though has in itself raised speculation concerning Aston’s ‘Innovation Partnership’ role with the team, particularly given former Vehicle Performance Partner Infiniti’s recent departure to the returning Renault outfit.

And that does make us wonder: Aston Martin, winner of the 1959 Le Mans outright (plus three further class victories) and now heavily backed by Daimler/Mercedes, working with four-time Constructor’s Championship winning Red Bull Racing, which is already looking for a new engine supplier for 2017. Again, intriguing prospect…