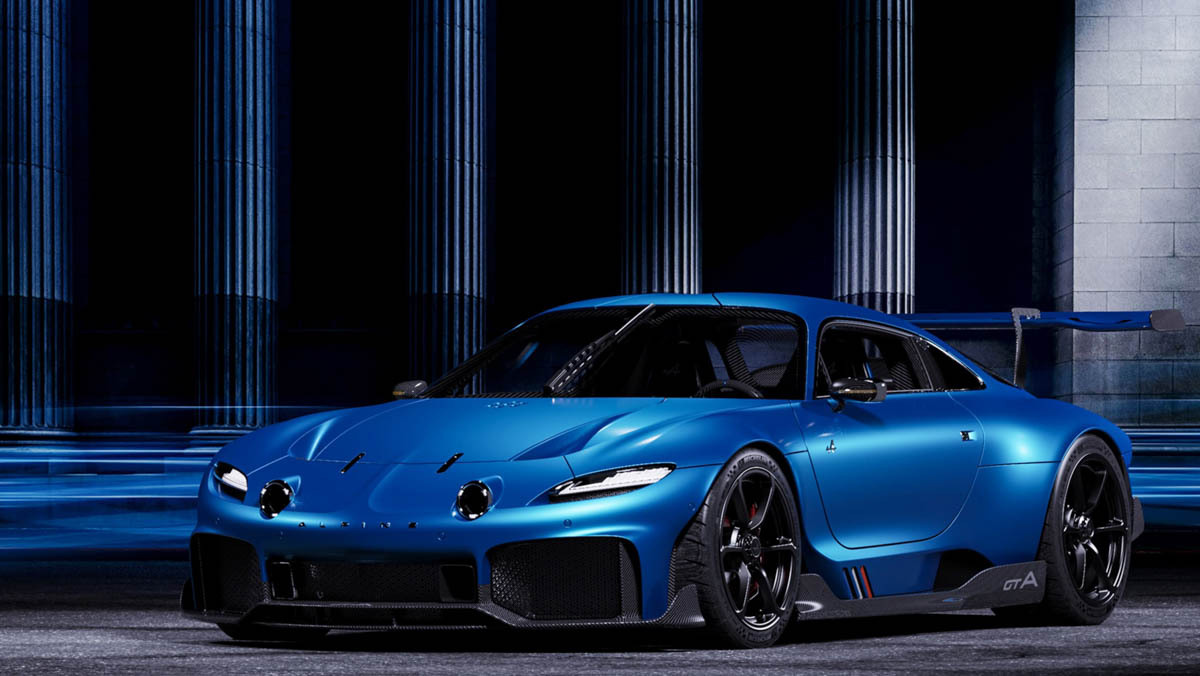 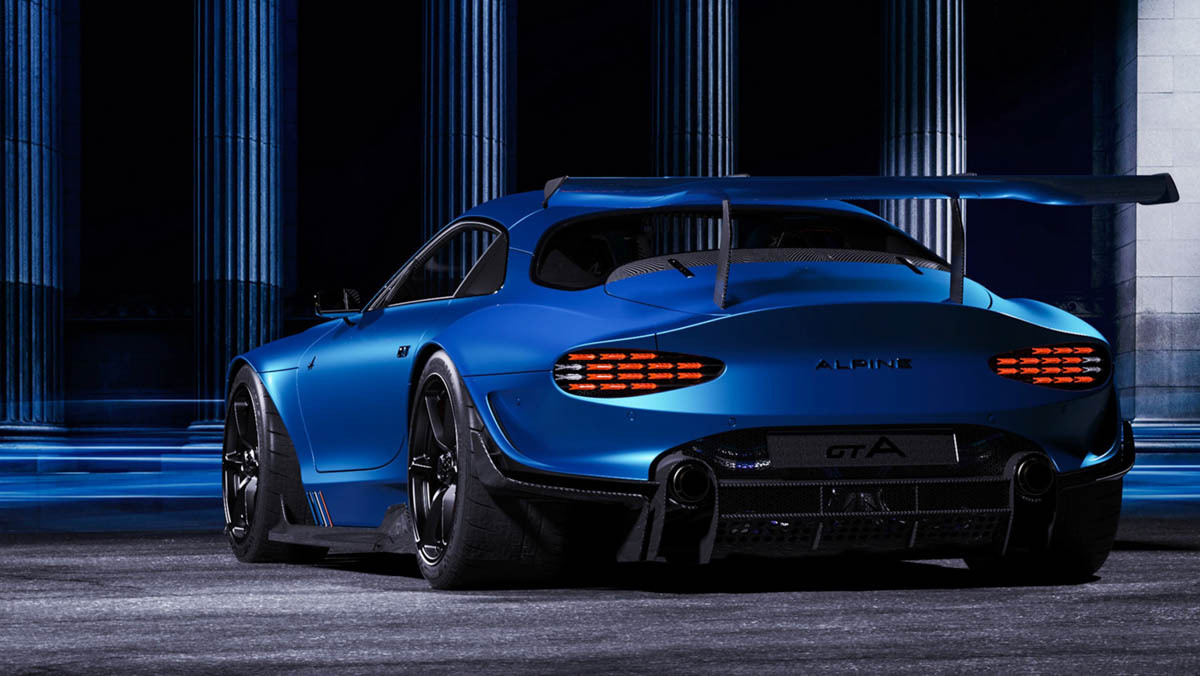 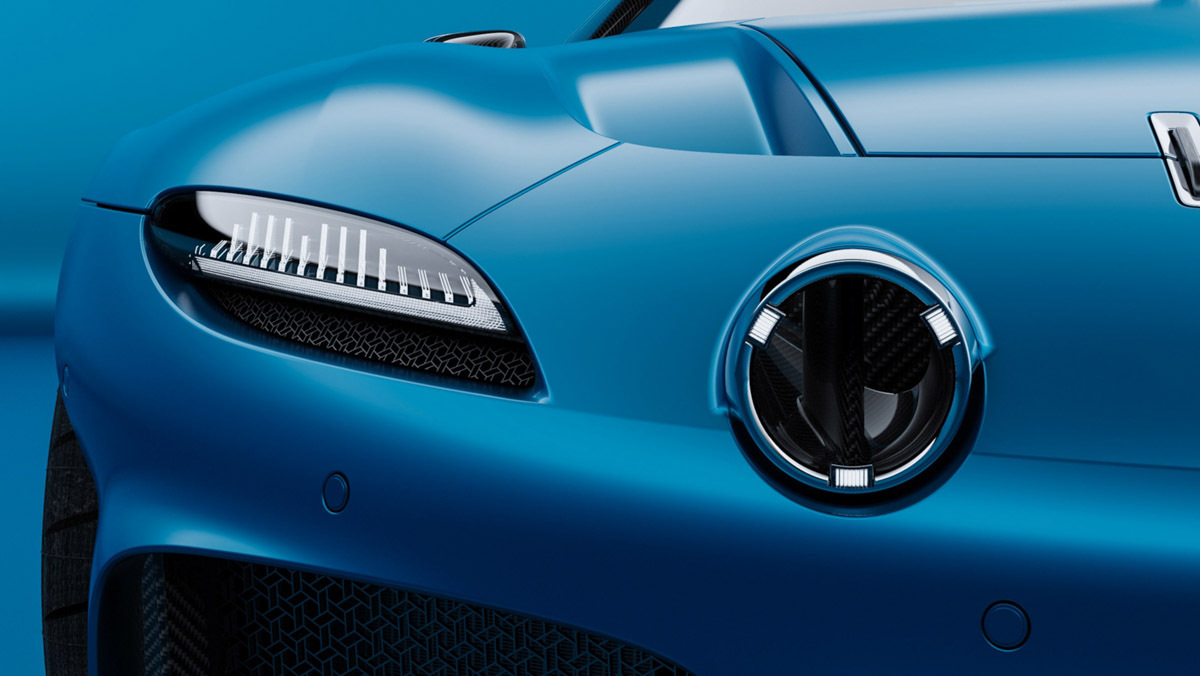 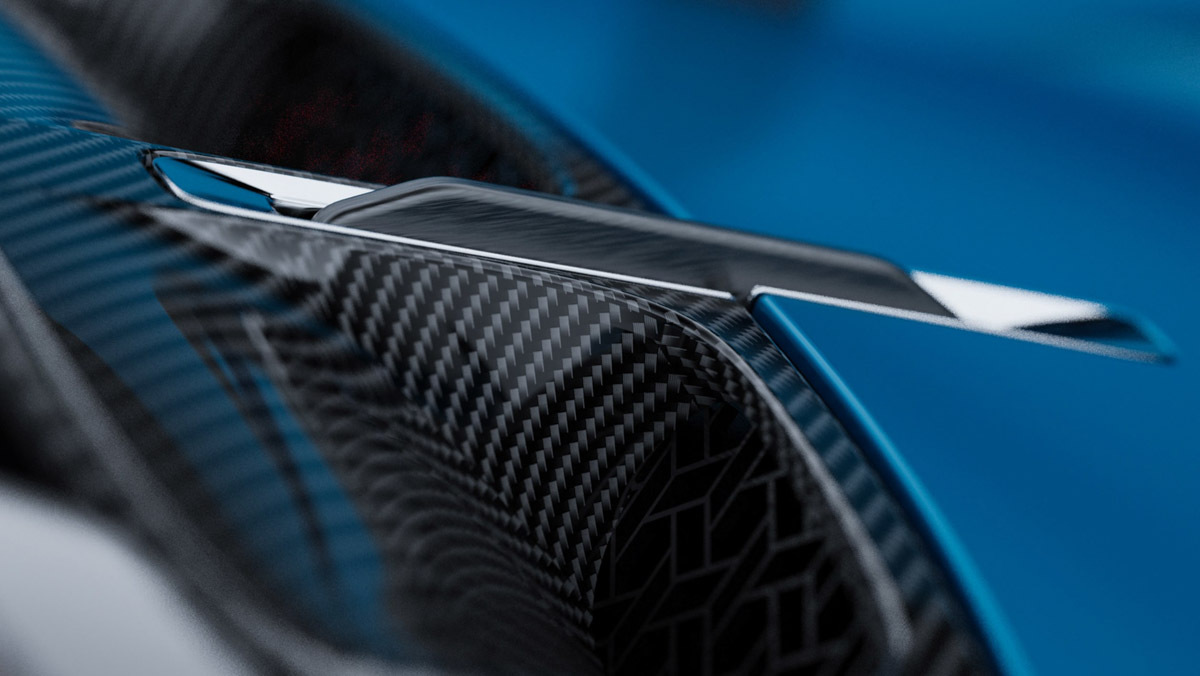 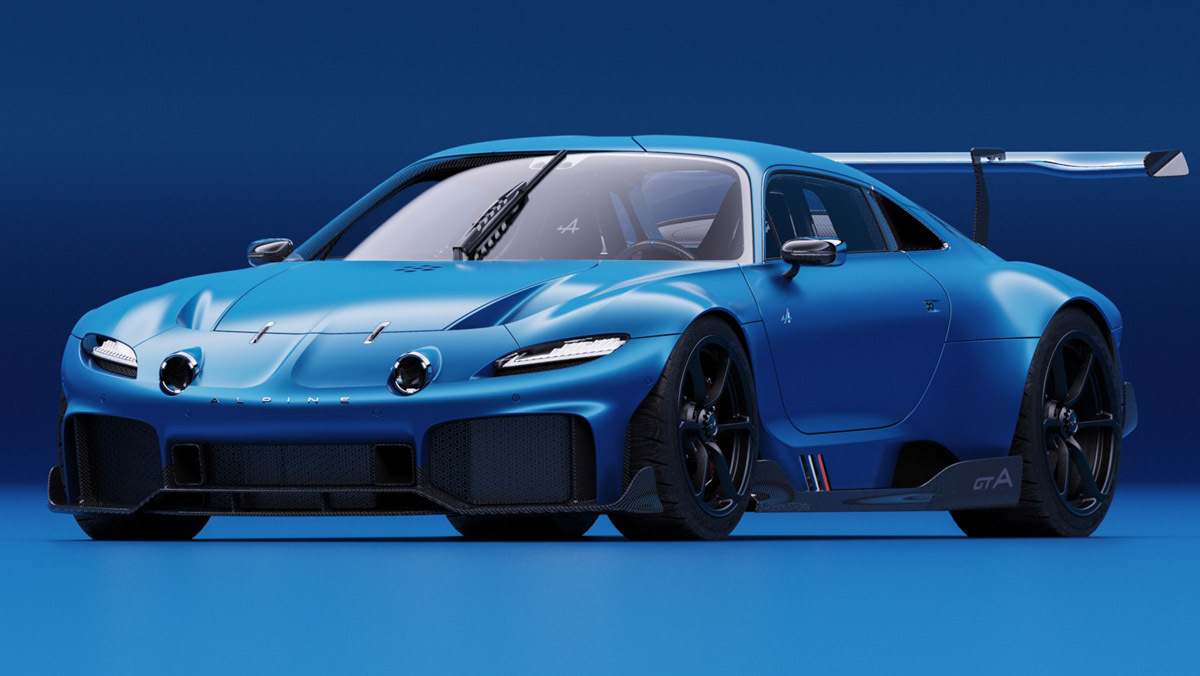 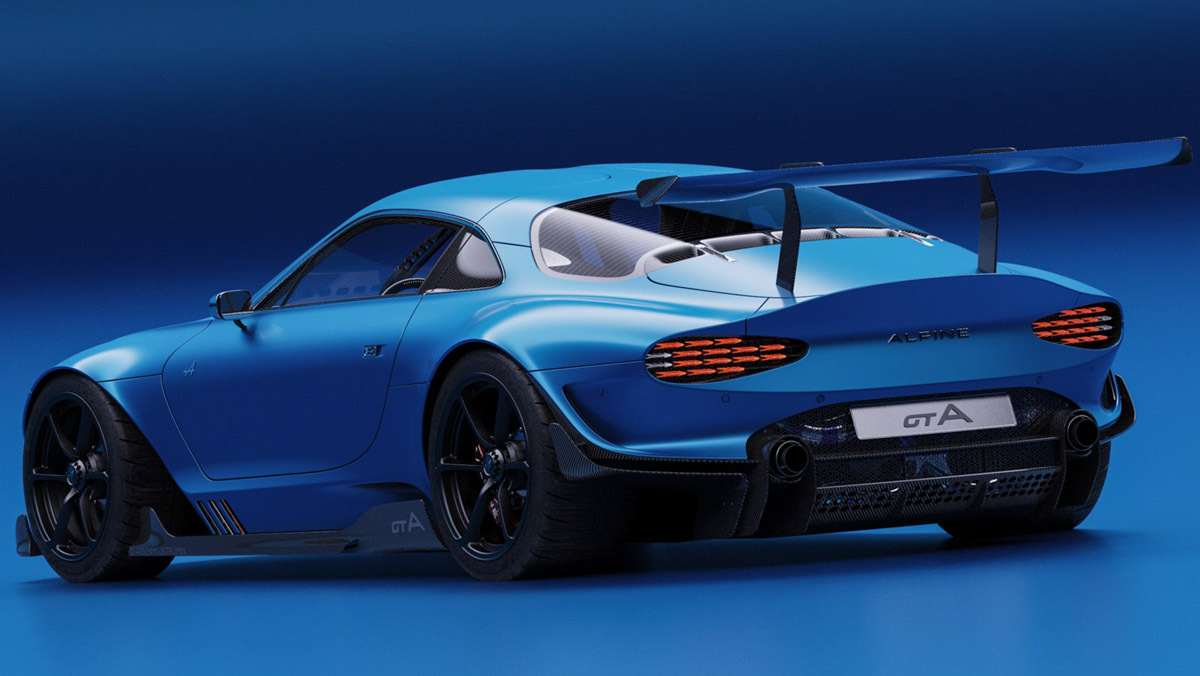 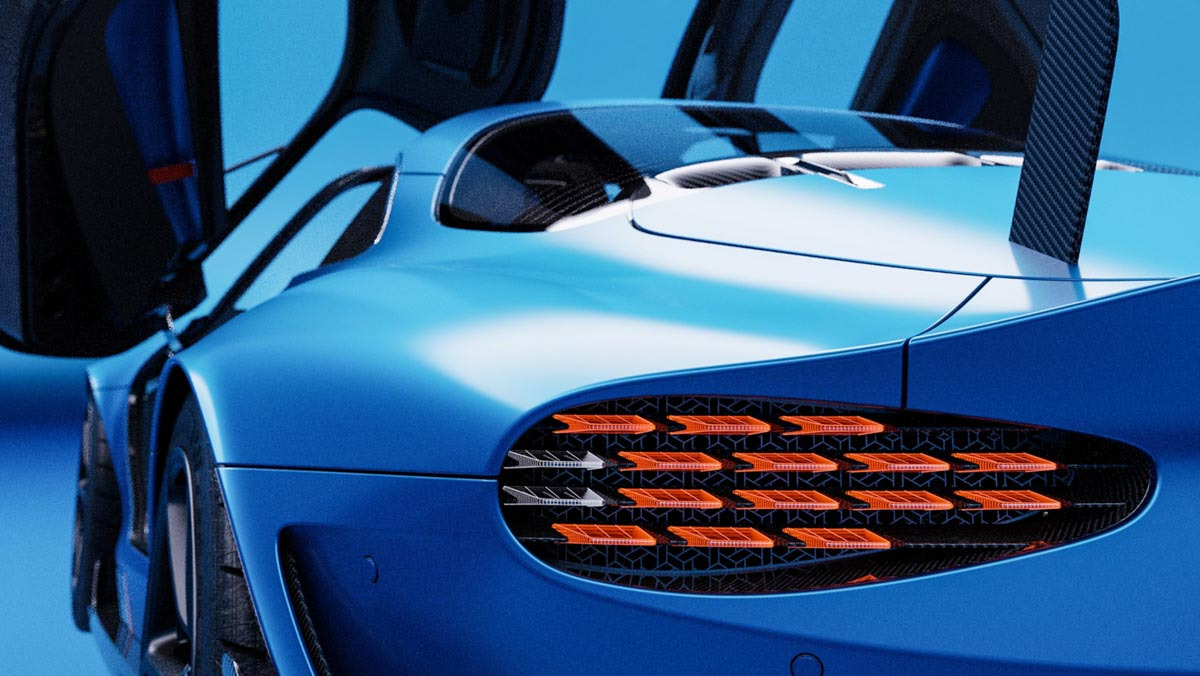 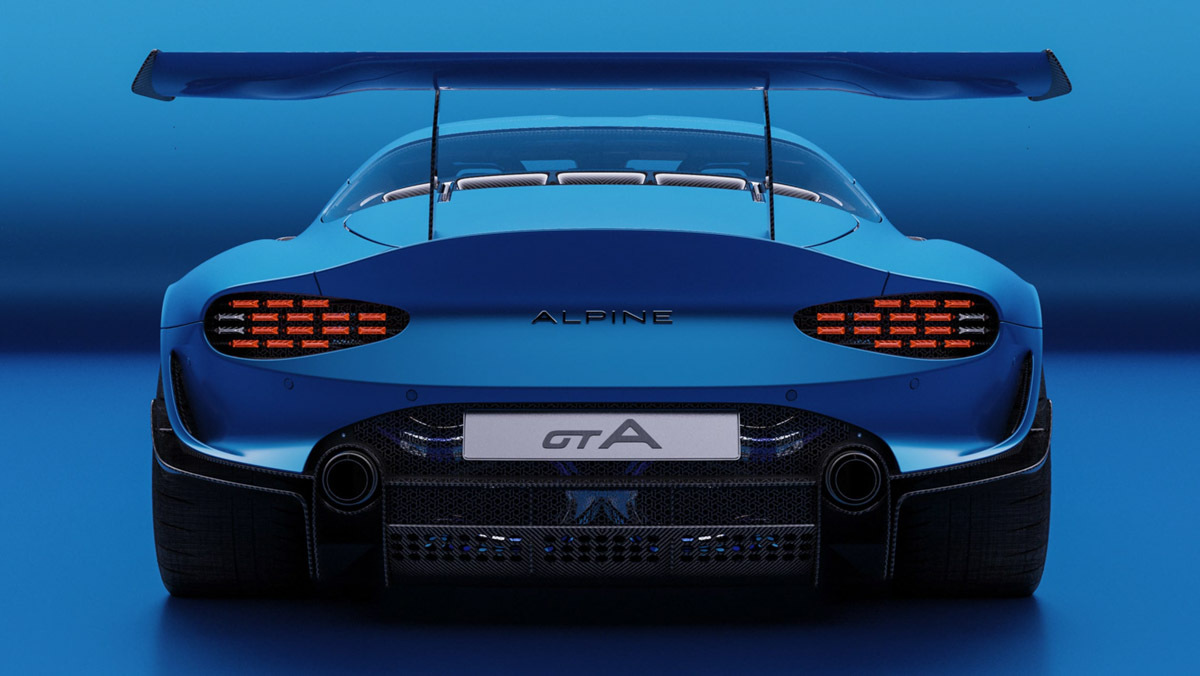 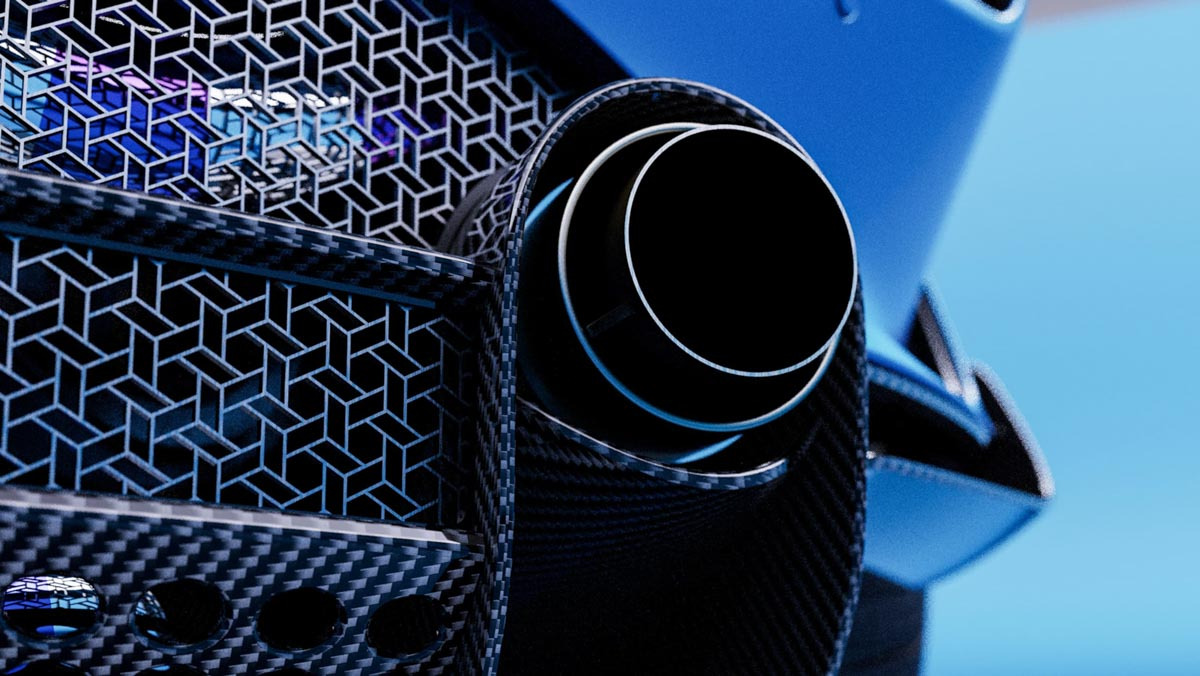 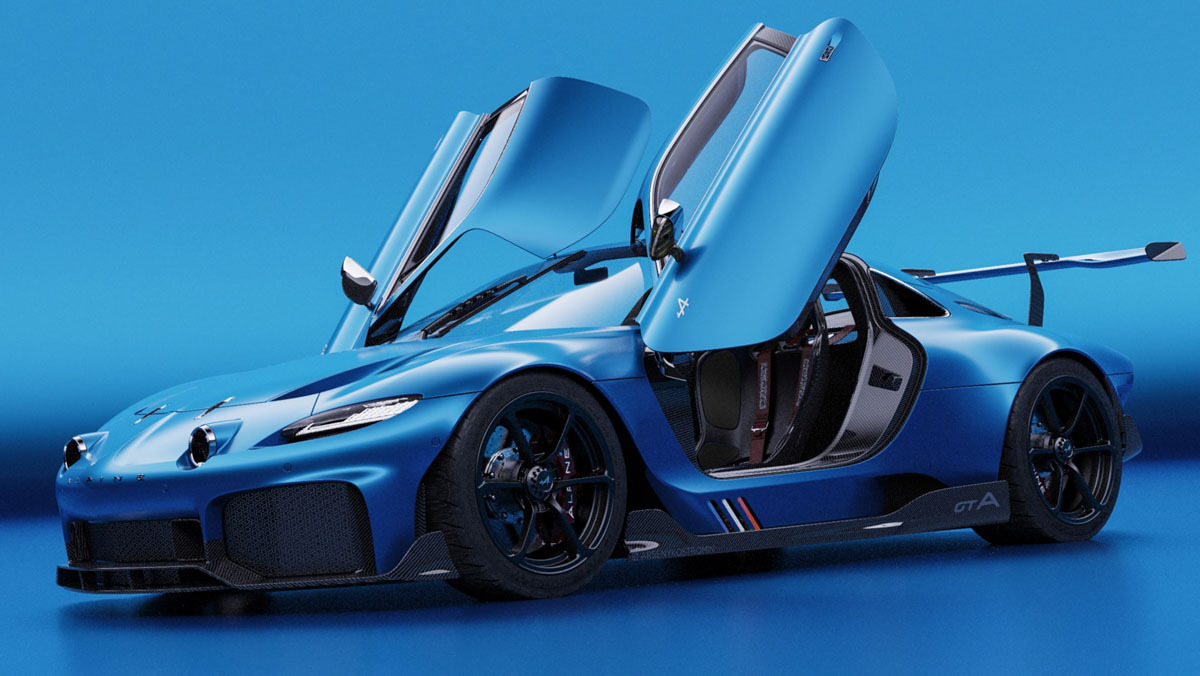 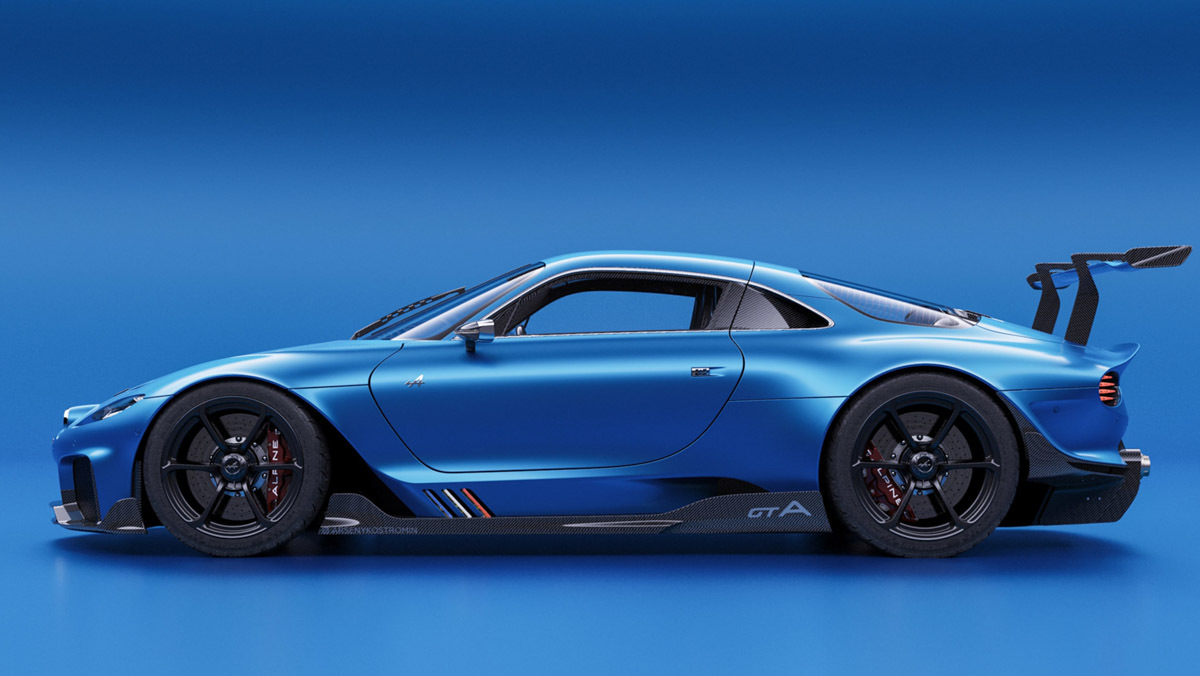 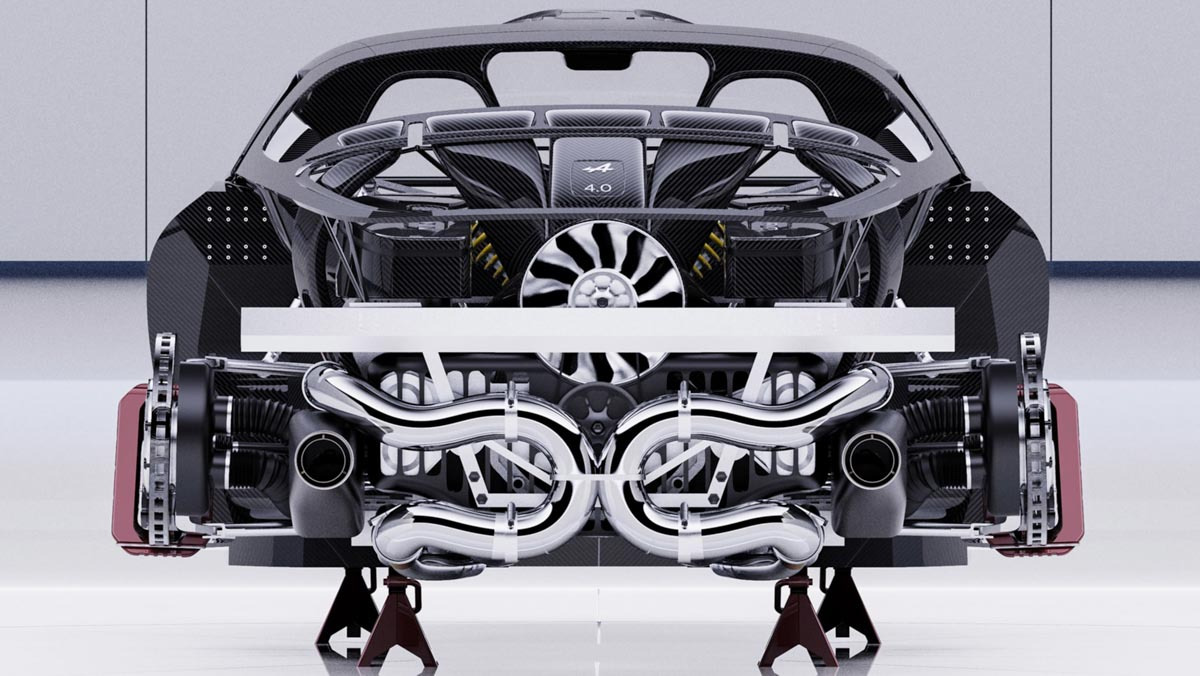 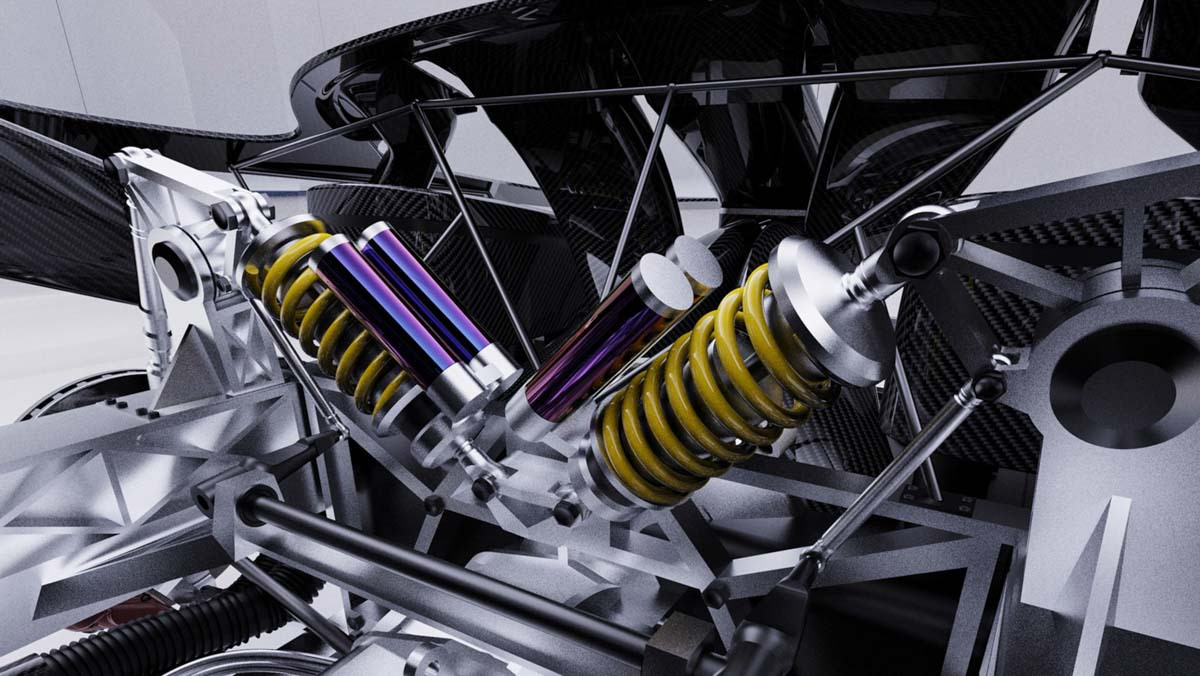 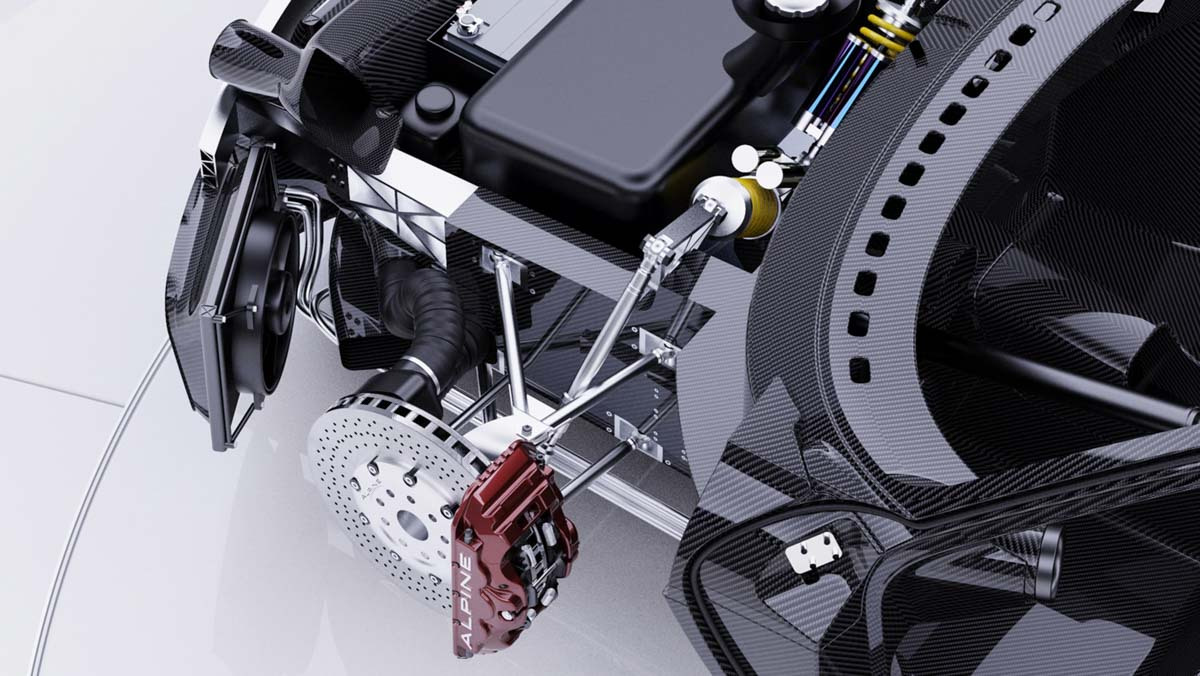 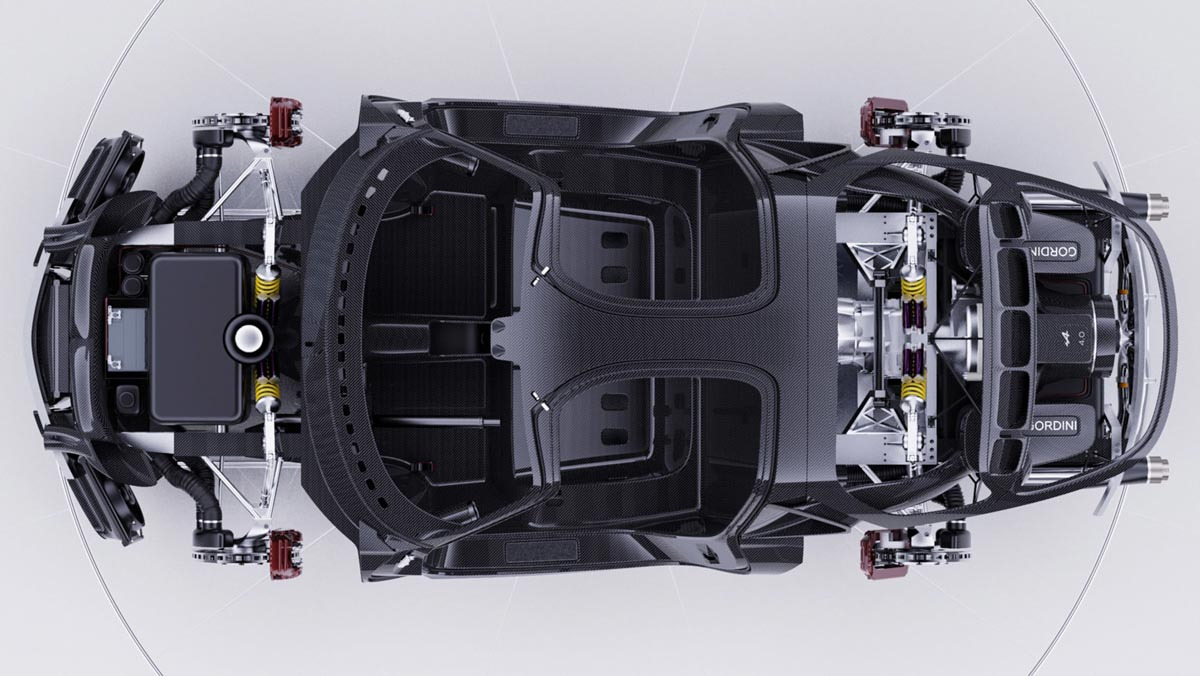 Sadly this is not Alpine’s entry to a new GT racing formula, and, unless something very dramatic happens, it will not be appearing at Le Mans any time soon.

What you’re looking at is a design study by Arseny Kostromin, a Russian designer who has gained over a decade’s experience working in the studios of Renault, Volkswagen and the Genesis Advanced Design Studio in Frankfurt, and now works from his own Berlin-based studio focusing on automotive design techniques and processes.

His latest project is this stunning interpretation of the Alpine A110 as a fully fledged racer. He’s called it the GTA and, while it may have familiar Alpine design cues, it is spectacularly bespoke and – to our eyes – off-the-chart desirable.

Kostromin’s GTA is based on a carbonfibre monocoque and a rear-mounted flat-six engine, but he tells us the concept started with the driver and he designed the car around them. As he acknowledges, it’s an inside-out way of doing things, but it does mean the GTA is as driver-orientated as possible.

As a result the cockpit is narrow,  the occupants wrapped in a carbonfibre shell with the two bucket seats positioned well within the tub rather than on it. This makes for a rather wide sill, though the sensation of falling into the car would no doubt add to the sense of occasion if one were able to drive it.

At a little over four metres long and 1100mm tall, it’s lower and shorter than the road car, but 30mm wider at 1826mm, which gives it an extremely purposeful stance. Though clearly recognisable as an A110, when you take a closer look and drink in the details it’s immediately apparent that this is an Alpine whose design is optimised for the track.

There are enlarged openings in the front bumper for the proposed oil-coolers positioned behind them, a pair of carbonfibre air intakes for the rear-mounted engine, and an adjustable carbon front splitter. The heat from the oil-coolers is expelled through the bonnet openings and over the GTA’s roof for optimised aero efficiency.

Aerodynamics define the flanks and the rear of the car, too, with deeper sills and enlarged wheel housings with en vogue cut-outs. The carbonfibre underbody is aero-optimised and blends into the rear diffuser. The rear bumper has been cut away to accommodate both the diffuser and the lightweight Akrapovič exhaust, while the swan-neck supports for the sizeable rear wing are pure GT race car.

Yet for all the aero and retro design touches, Arseny’s decision to incorporate a pair of butterfly doors into the carbon structure is perhaps the most inspired. It provides the GTA with exactly the sense of drama you expect and want from a concept, especially one designed to stand out in a crowded pitlane. It also calls to mind the Renault Sport RS01 one-make racer and GT3 contender.

Another bit of inspired thinking involves the powertrain. According to Arseny, out would go the road-going A110’s 1.8-litre four-cylinder turbocharged engine, and in would come a naturally aspirated 4-litre flat-six built by Gordini and producing in the region of 500bhp. And yes, that’s a gearlever sprouting from the transmission tunnel. Well, if you’re going to create a dream concept, it might as well be to your own exacting spec, right?

Inboard suspension, six-piston brake calipers, titanium exhaust and lightweight racing wheels fitted with 245 x 18 front tyres and 315 x 19s rears tick all the motorsport essentials boxes. The steering wheel, gearshifter and the instrument cluster housing would all be machined from individual blocks of aluminium, and the steering wheel would also house switches to adjust the brake balance and engine map and control the lap monitoring software.

‘I created the Alpine GTA project to highlight the modern design processes available using a single piece of 3D modelling software called Autodesk Alias,’ explains Arseny. ‘The finished car is perhaps what could be created if the expertise of the Alpine F1 team met Alpine’s design heritage.’

Now there’s a thought. Perhaps Alpine should contact Arsney to help design its proposed LMH and LMDh prototype racers scheduled for 2022. Based on what we’ve seen with the GTA, he certainly wouldn’t be short of ideas.