The recent unveil of the Signatech-Alpine A442B – which will compete at the 2013 24 Hours of Le Mans marks the first time since 1978 that the Alpine name has represented at Le Mans.And that got us thinking about other significant returnees… 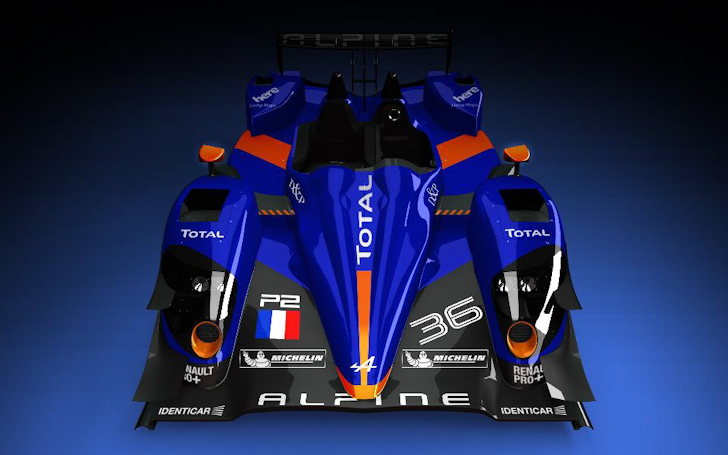 News that Sebastien Loeb Racing – the team set up by the nine-time World Rally Champion – will pull its Race Performance Oreca 03-Judd from this year’s 24 Hours of Le Mans will no doubt have hit French motorsport fanatics hard. Another newbie on the La Sarthe grid though should help turn those frowns upside down.

Signatech-Alpine has recently unveiled the race-spec A442B with which it will compete at Le Mans in June, showcasing not only the famous Alpine blue and orange colours, a 500hp Nissan V8, six-speed sequential gearbox and 330kph top speed.

Formidable, certainly, but the A442B also marks the first time in 35 years that an Alpine has competed at Le Mans. And with three consecutive victories at Le Mans from 1976 to 1978 before Renault’s withdrawal from sportscars, the garcons and filles at Signatech-Alpine have their work cut out emulating that record.

A great comeback then certainly, but it’s far from the first at Le Mans… 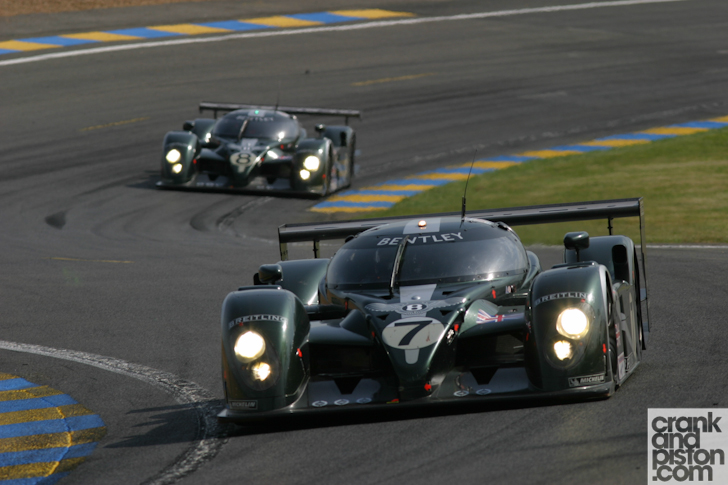 The Bentley feathers had not adorned a Le Mans endurance racer for 73 years before the manufacturer returned for duty in 2001 with the Speed 8. The Bentley looked the part (clad, of course in British Racing Green) and had the speed to match from a twin turbo Audi 4.0-litre V8, securing a third place first time out. Two years later, after a fourth place in 2002, Bentley blew the competition away – thanks to the absence of the factory Audi competition and a strong preparatory run at the 2003 12 Hours of Sebring – the Speed 8 secured a one-two before the British marque once again pulled the plug on its motorsport campaign. Expect much of the same from the all-new Continental GT3 when it makes its competitive debut. 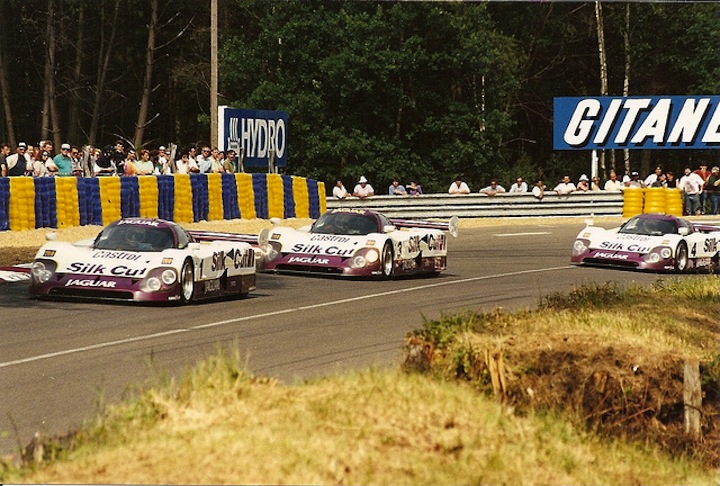 Actually no, this doesn’t refer to the Jaguar RSR-run XKR GT2 that competed at the 2010 24 Hours of Le Mans: four laps of running for Ryan Dalziel and Paul Gentilozzi was not the most auspicious way for Jaguar to celebrate its first Le Mans race in 17 years and its 75th anniversary.

Were you to ask all but the most die-hard of endurance fans when Jaguar last won at Le Mans, they’d cite the marque’s victory in 1990. Which is a mistake. In 1993, the team of David Brabham, John Nielsen and a slightly smaller chinned David Coulthard took the chequered flag and stood atop the podium in the TWR Jaguar XJ220C only to be disqualified on a technicality one day later, allowing the home grown Peugeot 905 of Eric Hélary, Christophe Bouchut and Geoff Brabham (keeping it in the family at least) to take the spoils.

One black spot aside though, Jaguar’s two wins at Le Mans upon its return to the sport in 1985 (with Ayrton Senna’s former Lotus teammate Johnny Dumfries, Andy Wallace and Jan Lammers in 1988, and Martin Brundle, John Nielsen and Price Cobb in 1990 with the XJR-12) speaks for themselves. These didn’t stop Jaguar canning its entry for 1994 though.

Not since the ill-fated 1955 Le Mans race – during which Pierre Levagh and over 80 spectators were killed when the Frenchman’s Mercedes 300 SLR was launched into the grandstands at high speed – had a Mercedes works entry competed at La Sarthe. In 1988, all that changed.

Sauber, future Formula 1 favourite, was running the show in the late 1980s sportscar world. After a difficult race in 1987, the Swiss squad became an official Mercedes entrant at Le Mans the following season. In 1989, the Sauber C9 took a dominant one-two at La Sarthe, Mercedes’ first Le Mans win since 1952. But after a dismal 1991 World Sportscar Championship season, Mercedes once again withdrew from topline motorsport.

Sort of. There was that awkward incident in 1999 (two years after the team’s re-return) when Mercedes withdrew its entries for the Le Mans race following three air-born accidents with the CLR. But nobody really remembers that… 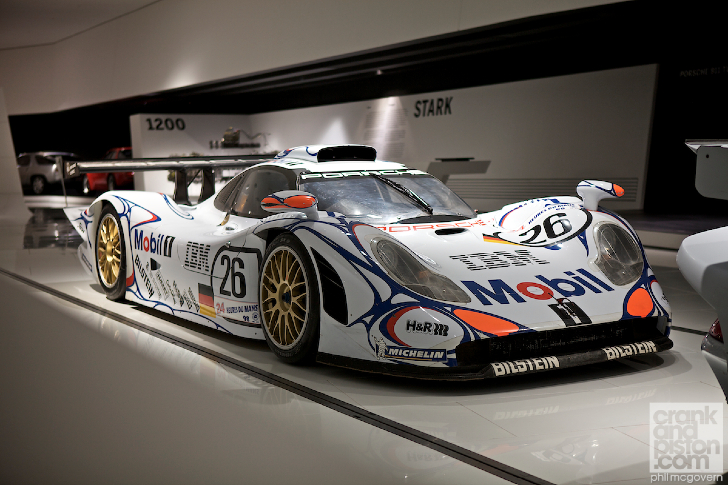 No other manufacturer is as synonymous with Le Mans as Porsche: between 1970 and 1987, the marque only lost five times, Audi – the dominant force to be reckoned with in endurance racing today – still lies five victories behind Porsche for the overall Le Mans record (16, FYI), and the Porsche 956/962 stands as probably the most famous sportscar of all-time. And in 2013, Porsche will make its first Le Mans entry since 1998.

Okay, yes, technically this return has not yet happened. But when we consider the heritage – the 1998 win for the Porsche 911 GT1-98 marked not only Porsche’s 15th win at La Sarthe since 1970 but also Le Mans legend Tom Kristensen’ first of a record breaking eight wins – and the hardware on offer with the new 991 GT3 Cup car – which boasts 454bhp from its 3.8-litre flat-six – how could we not include the 991 RSR here? 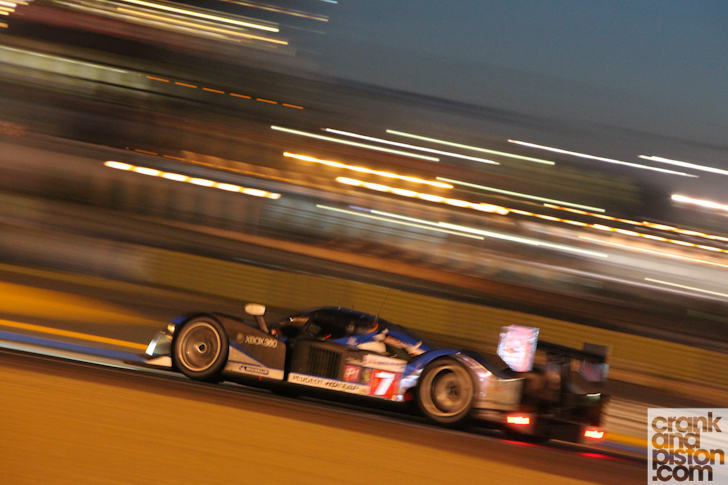 A rogue choice we’ll admit but no less important. The 908 programme marked the first serious Le Mans entry for the home grown team since pulling out of competition in 1993. The new 908 HDi FAP – which was first unveiled in 2005 – made its track debut in 2007, paying dividends by taking victory at the 2009 24 Hours of Le Mans. Not a hugely significant result in the event’s illustrious history, true, but when we consider that this Le Mans victory was one of 20 the 908 scored in only 30 starts and that the 2009 race brought to an end a five-year winning streak for Audi (indeed, the Peugeot was only the second non-Audi to win at Le Mans since 2000), the grey clouds begin to clear. Of course, pulling out of the inaugural round of the World Endurance Championship at the eleventh hour in 2012 due to financial issues has left many wondering when (rather than if) Peugeot will return to retake its mantel.

Have we missed one, or several, significant Le Mans returnees? If so, let us know what braindead idiots we are in the comments box below.