This is no LaFerrari replacement, but a series-production $500k supercar to sit above the 812 Superfast 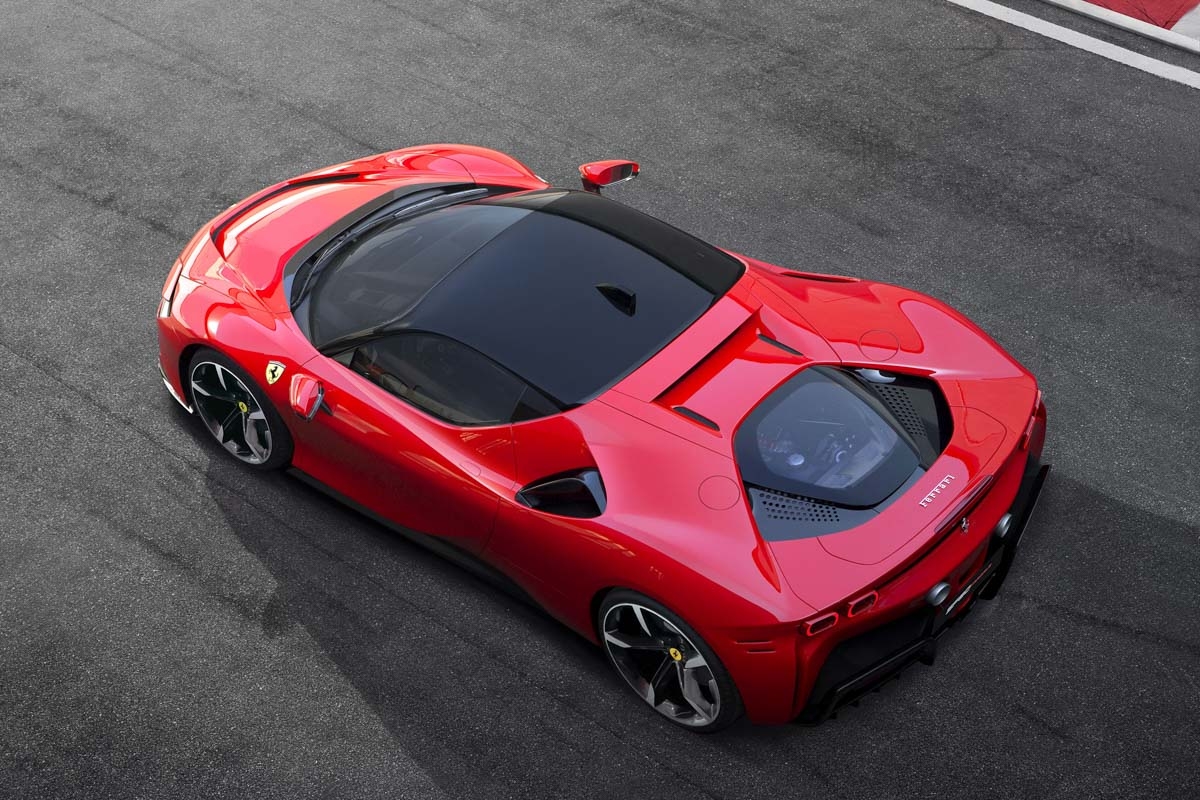 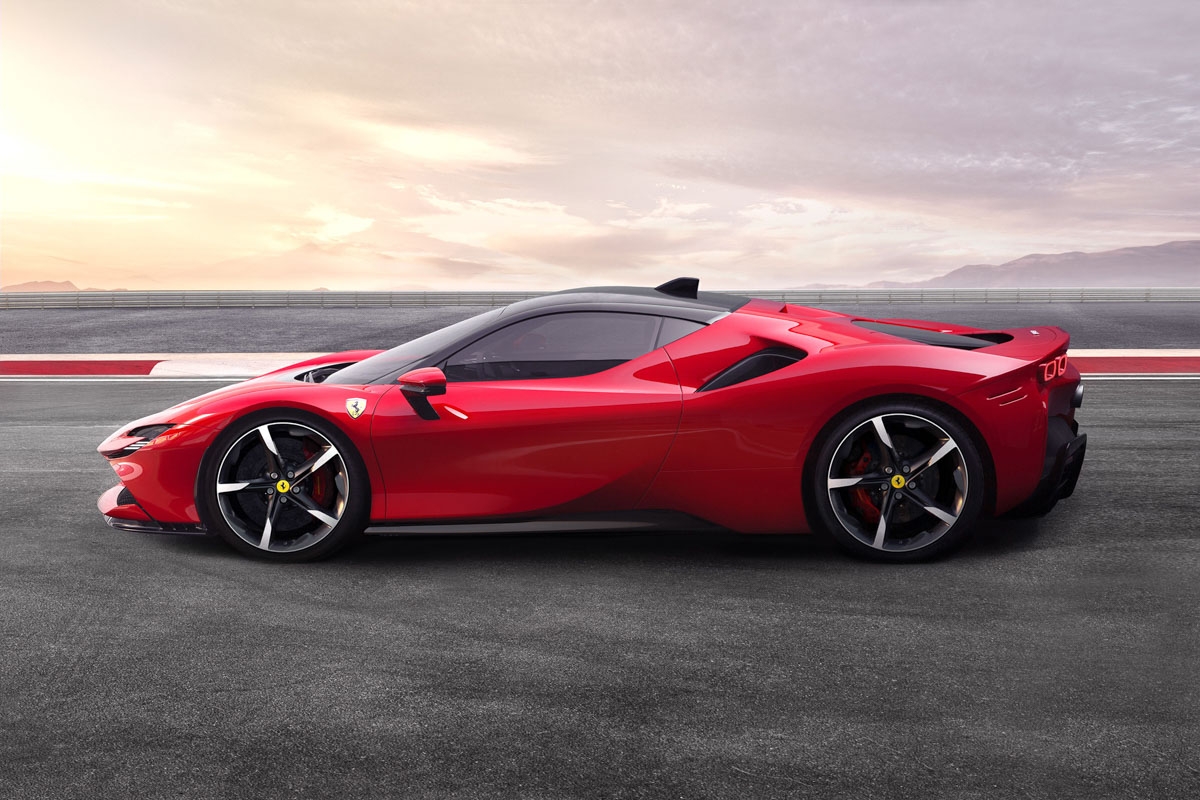 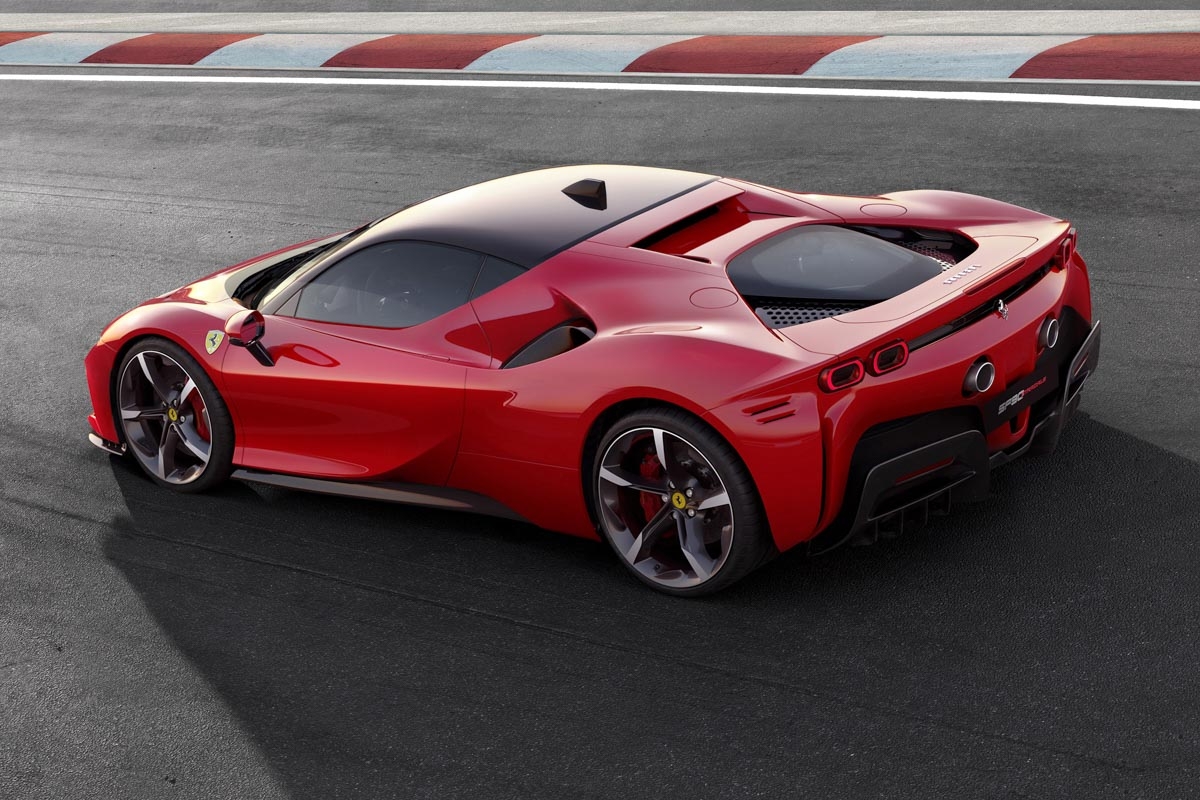 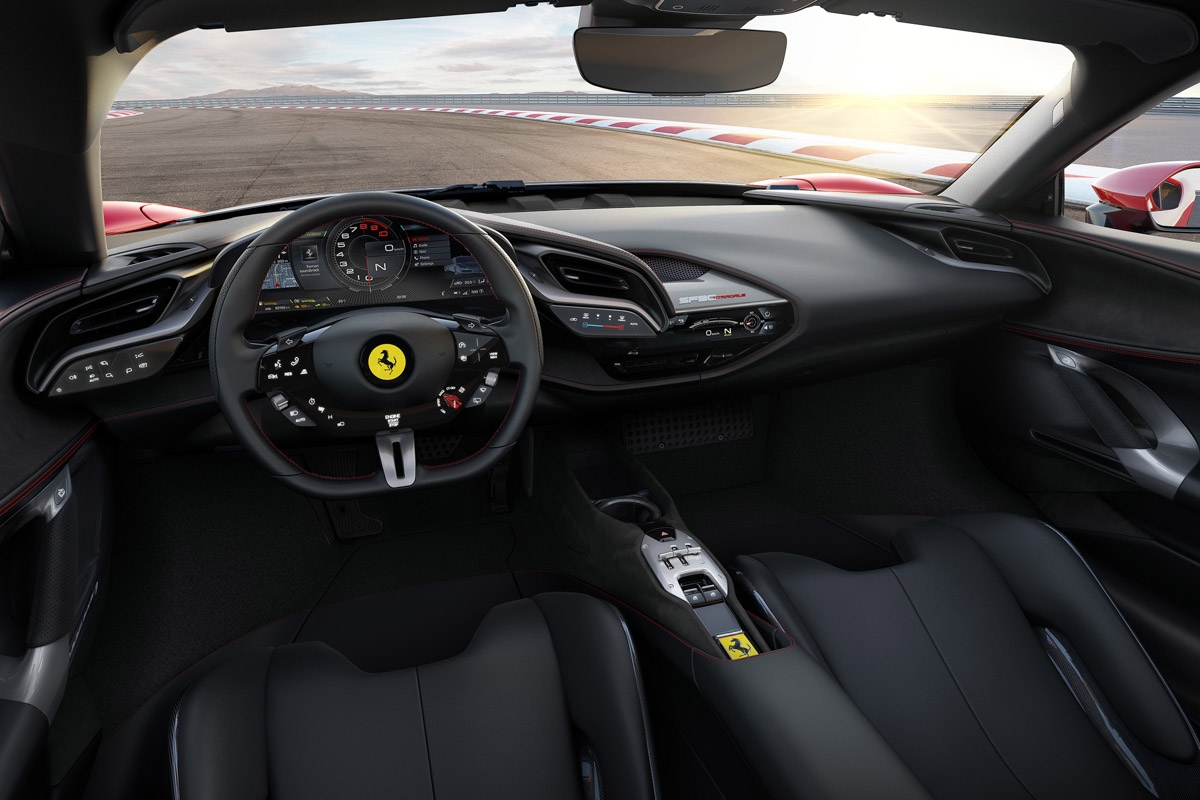 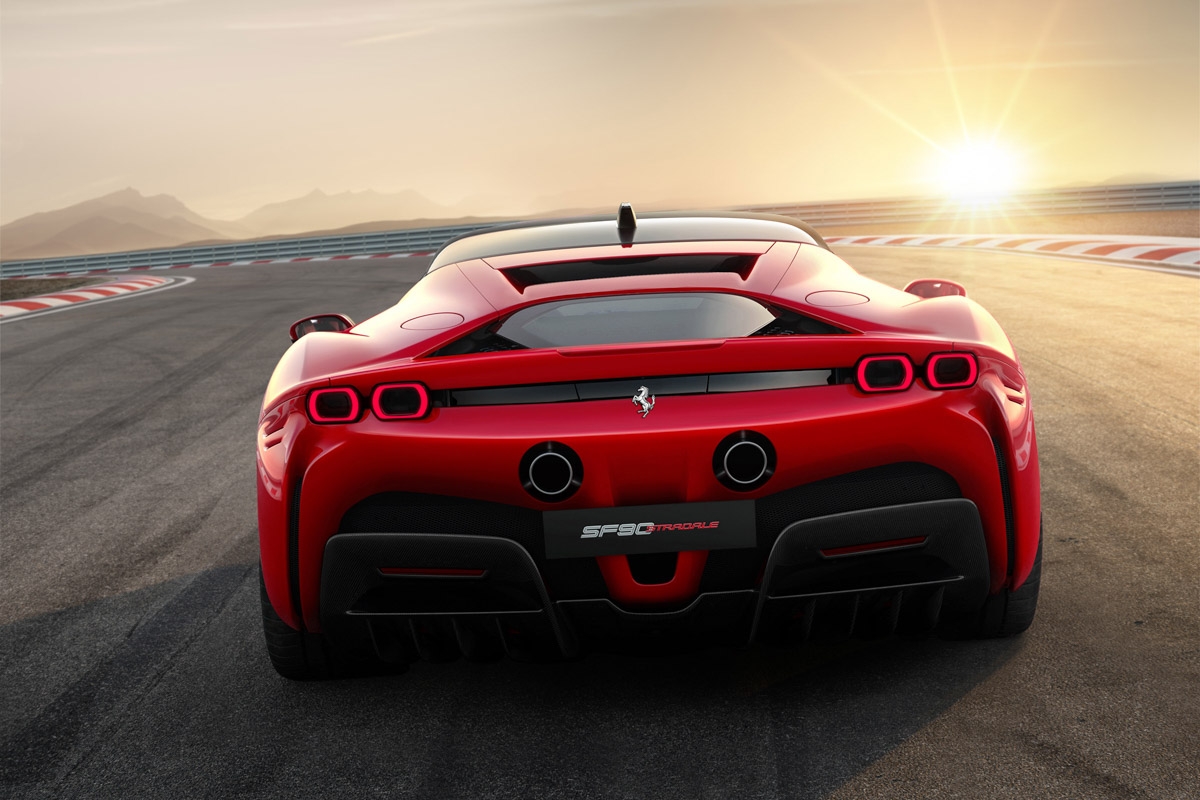 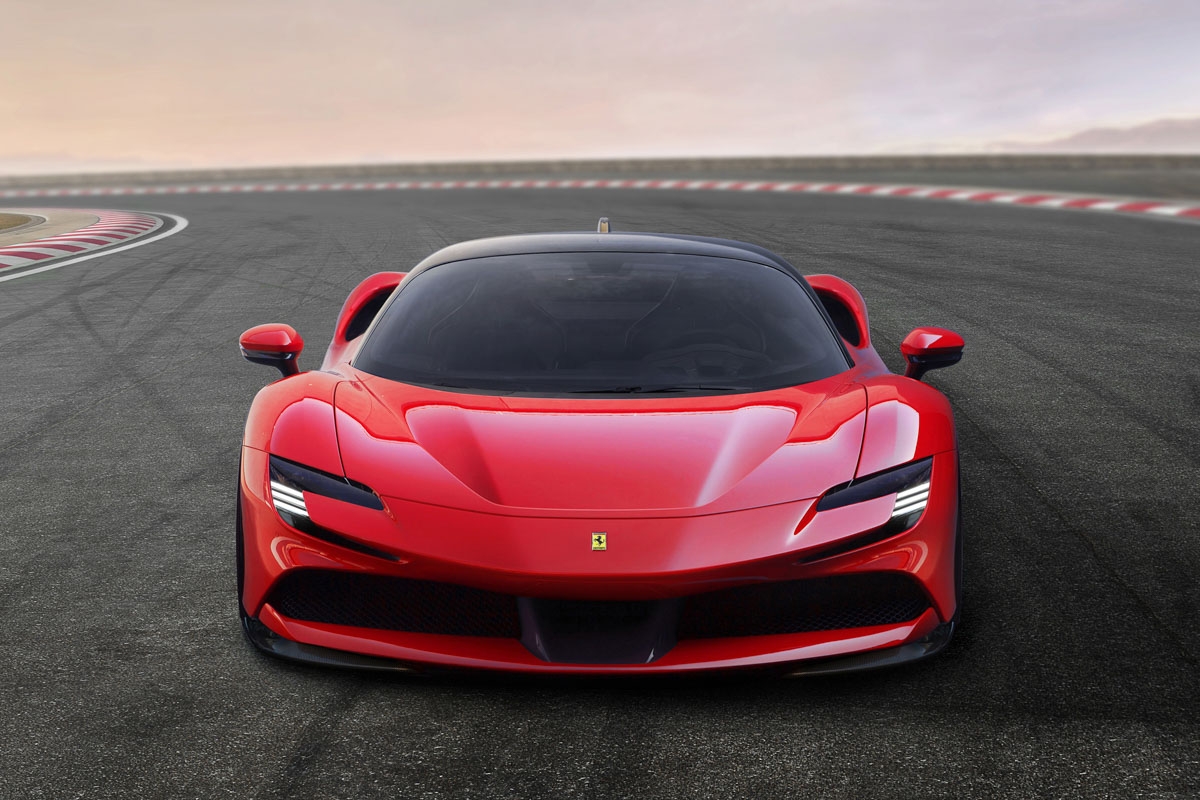 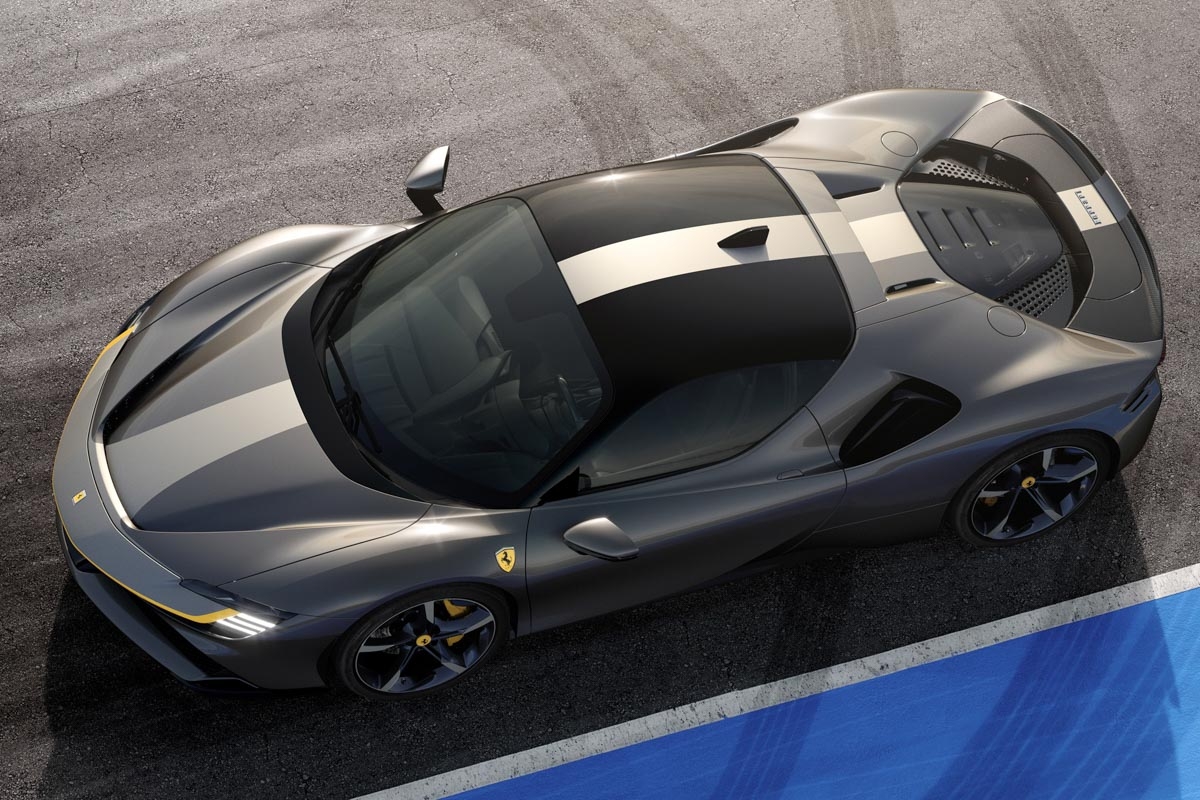 Ferrari has finally revealed its next generation. Some were disappointed with the F8 Tributo upon its reveal at this year’s Geneva motor show, but behind closed doors Ferrari has also been working to bring something altogether more serious into series production.

This is the Ferrari SF90 Stradale, a 986bhp mid-engined supercar with a combination of a new 4-litre twin-turbo V8 and three electric motors to create the most powerful, fastest and most innovative series-production model in its long and storied history.

Underpinning the new SF90 is a fresh mid-engined multi-material platform, combining high-strength aluminium chassis components with a scattering of structural carbonfibre elements. Size-wise, the SP90 is 4710mm long, 1972mm wide and 1186mm tall – 99mm longer, 7mm narrower and 20mm lower than the F8. That extra length is there, in part, to support the first of the SF90’s electric motors, which is sandwiched between the engine and transmission.

The remaining two electric motors are situated on the front axle, each powering its own wheel – in the process facilitating full-torque vectoring and making this mid-engined Ferrari all-wheel drive. Power is fed to these electric motors from a compact 7.9kWh lithium ion battery pack, which is able to motivate the SP90 for up to 25 kilometres on pure electric power via the front wheels.

The internal combustion engine is a heavy revision of the F154 flat-plane V8 found in the 488 Pista, but has now been enlarged to 3990cc (from 3902cc) via an increased bore. On its own, the internal combustion engine produces 769bhp and will happily spin right up to 8000rpm, which is then augmented by 217bhp via those three electric motors to form the maximum total of 986bhp at 7500rpm. Peak torque is rated at 590lb ft at 6000rpm

The transmission is an all-new eight-speed dual-clutch, which despite the added ratio and increased torque rating is both 20 per cent smaller and 7kg lighter compared to the seven-speed fitted to the 488 Pista. This has been achieved partly by the removal of reverse gear – something now handled exclusively by the electrically-driven front wheels.

Accessing the new driver modes is achieved via what Ferrari calls e-Manettino. Four new positions offer eDrive, Hybrid, Performance and Qualifying driving modes from a toggle switch on the steering wheel. Each builds in aggression from the silent-running EV mode right through to the full-power Qualifying mode, combining all four powertrain elements for their highest possible outputs.

Similar in principle to a Porsche Weissach package on a 911 GT2 RS, Ferrari will offer the SF90 in two derivatives – a standard model, and lightened Assetto Fiorano model. The latter will add not only bespoke visuals to the package, but also high-specification multimatic shock absorbers, carbonfibre door panels and underbody sheathing, a titanium exhaust system and titanium springs. Together these components reduce the SF90’s dry weight by 30kg, making the SP90’s total dry weight 1570kg to the standard model’s 1600kg – impressive figures considering the sheer density of technology on board.

Being a new-generation Ferrari, both the interior and exterior designs represent substantial change to Ferrari’s current design language, with a new aesthetic drawn from previous hypercar models like the LaFerrari, and its numerous one-off creations. The effect is certainly distinctive, displaying a level of clarity and sophistication somewhat missing in Ferrari’s recent models. There are also multiple active and passive aerodynamic components, which together produce up to 350kg of downforce at 250kph.

The interior is equally innovative, now incorporating a new 16-inch curved screen behind the steering wheel that displays all the relevant driver and infotainment information, while a fresh touch-sensitive user interface throughout the dash and steering wheel clean up the interior’s control surfaces. Another first for the SF900 is a head-up display. Overall, the interior aesthetic is another step taken on the inherently driver-focused cabin architecture introduced with the 458 Italia back in 2009.

As a product, the Ferrari SF90 Stradale is a clear statement of intent. In building an all-new series-production flagship with LaFerrari capability for less than half the price only five years later, the gauntlet has now been thrown down to rivals like McLaren and Aston Martin.

Prices have yet to be specified, but a figure of somewhere in the region of $500,000 is mooted when it goes into production later this year. Expect Ferrari not to have any problems selling through the allocations – if it’s not already sold out. 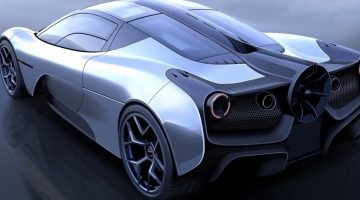