A proper sports car is ‘not a choice’, according to technical chief Fedeli, Alfa Romeo must have one

Alfa Romeo is considering a rethink of its 4C sports car – but not before the current model undergoes a few tweaks in a mid-life refresh.

‘We have to do it,’ Fedeli told Auto Express. ‘Being in the market with that kind of car is not a choice’. The brand hasn’t yet decided what form the 4C’s replacement might take however, and before any new model comes along, the current car will enjoy some updates in the face of tough competition from Porsche and the new Alpine A110.

‘We have some options,’ explained Fedeli. ‘We have to decide if we want to install a different engine, or switch the architecture’.

Fedeli, who previously served in the role of chief engineer at Ferrari and was instrumental in the development of the talented Giulia and Stelvio models, has ruled out a manual gearbox for the new car however. He confirmed that while he was at Ferrari, the firm poured money into developing a manual gearbox for the then-new California – to sell only two manual cars globally during its lifetime.

Things are looking bright for the rest of the Alfa Romeo range however, with confirmation that the company is currently working on a VW Golf rival to replace the current Giulietta – one of the ‘pillars’ of the company.

Alfa hasn’t confirmed when the model will arrive, but it’s likely to use a shortened version of the Giorgio platform currently used in both the Giulia and Stelvio – and in both rear-wheel drive and all-wheel drive formats.

The difficulty is making such a car profitable. The C-segment is ‘a very local market and not a global one,’ according to Fedeli, meaning the relatively low volumes that result (at least without the muscle and platform-sharing potential of a company like Volkswagen) make it difficult to be profitable.

Previous ArticleInside WIlliams – the people, cars and moments that made the F1 team great
Next Article VIDEO. The Wolf of the Autostrada. 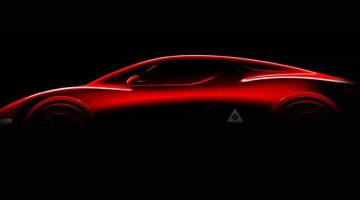 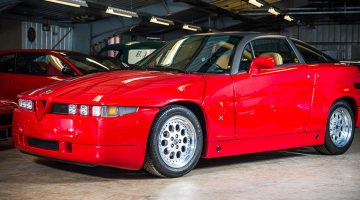 Alfa Romeo SZ: history, review and specs of an icon 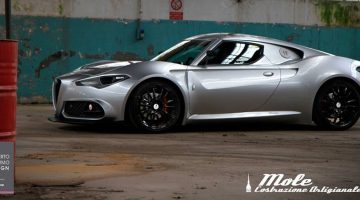