Hop aboard the 1990 Williams FW13B at Goodwood with both Felipe Massa and team reserve driver Alex Lynn. 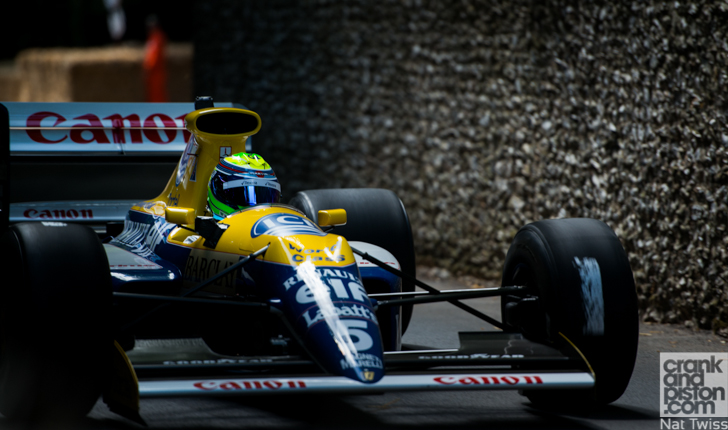 It must be rough being a reserve Formula 1 driver these days. Nothing to do but help develop a car that somebody else could take to victory road, all whilst you sit on the sidelines.

Take Williams Racing’s Alex Lynn for example, a 21-year old Brit just a couple of rungs from the top of the single seater career ladder and already with Formula Renault and GP3 titles to his name, plus a Macau Grand Prix win. And in 2015, his best chance of an F1 race start would be at the expense of either Felipe Massa or Valteri Bottas, the team’s main driver line-up.

Then again, on days when he gets to drive Thierry Boutsen’s FW13B from 1990 up one of the most stretches of tarmac in the world, we can’t imagine he minds all that much…