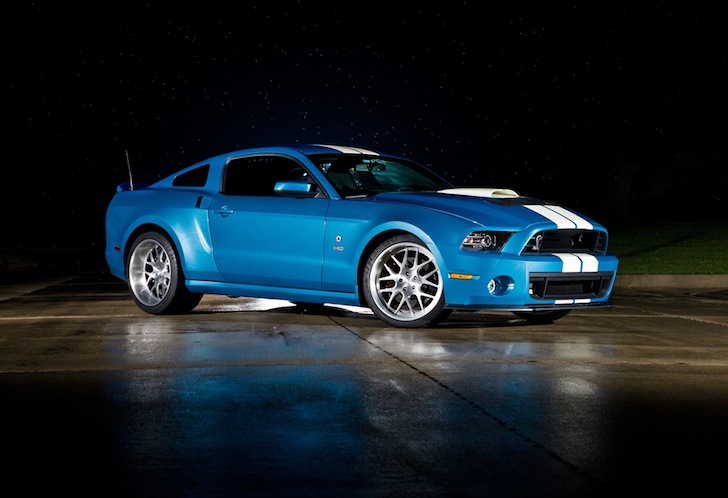 The late Carroll Shelby would no doubt be proud to learn that another model which bears his name will hit the automotive scene in 2013. Especially since this particular one-off Shelby simultaneously honours not only the man himself but the 50th anniversary of arguably his most iconic creation, the Cobra.

Now we’ve enthusiastically thumped on at crankandpiston in the past about both the GT500 and the Cobra, so it should come as no surprise that we’re pretty psyched by this news. The fact that the new edition is also based on the 662hp GT500 should be enough to get your collective tickers working too.

Thanks to the 5.8l V8 and 4.0l Whipple supercharger under the bonnet, the new-for-2013 Shelby GT500 Cobra chucks out an incredible 850hp (yes, you did read that correctly).

Add to that a specially designed bonnet and wide-body kit, high performance tyres on 21” alloys, and a Cobra traditional Guardsman Blue finish with Wimbledon White racing stripes, and it seems the Shelby legacy hasn’t finished growing in strength just yet.