crankandpiston.com catches up with three-time World Rally Champion Sébastien Ogier ahead of the 2015 Rally Spain 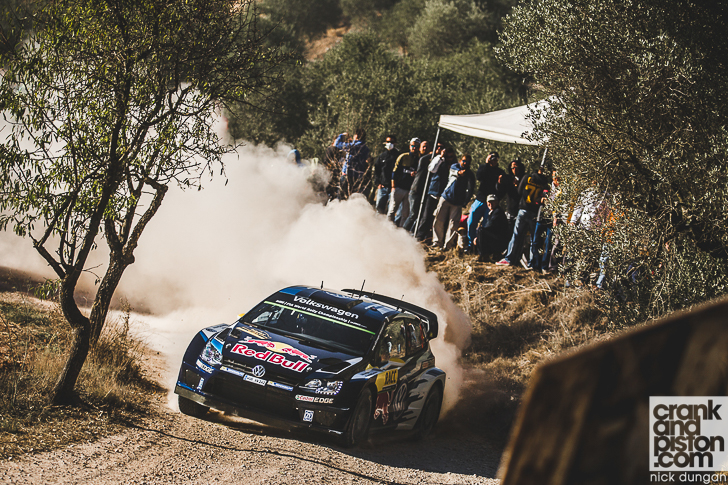 Round 12 of the 2015 World Rally Championship is gearing up in Spain, and already all eyes are on the newly crowned champion, Sébastien Ogier. Of the 11 rallies so far this year, he’s won seven of them and finished outside the top two only twice. That he’s also the only current driver to have already won Rally Spain in the past (twice in fact), and that the Volkswagen Polo WRC is the runaway car of 2016 should surely make this result a no brainer.

And yet, even as crankandpiston.com sits down for a VERY quick chat with Ogier – he’s between debriefs with the team – still the Frenchman looks focused. Even with the title already in the bag, there are still no half measures. He wants to win, and it’s this meticulous work ethic that has set him out as THE World Rally Championship driver of his generation, and a throwback to the rookie who grabbed so many headlines with the Citroen Junior Team back in 2009 (which also included his first two wins).

That’s left us with a few questions on our mind. What next for a three-time World Champion? Is the all-time record now a target? And is it true that Formula 1 was on the agenda as one point? 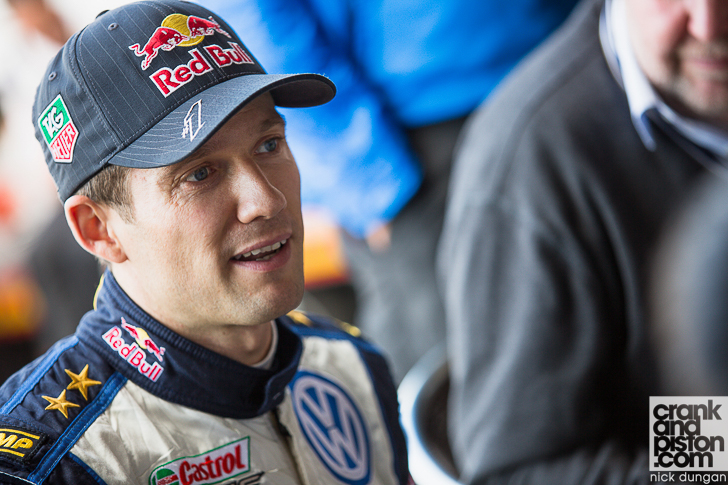 Sébastien, you made your championship victory look easy this year. So, this is the part where you tell us it really wasn’t!

“[Laughs] No, you’re right, and I’m glad you said this. If you look from afar you could easily come to the conclusion that it was easy because we won the championship faster than in 2014 and the gap in the points was bigger” – in 2014, Ogier took 267 points to Jari-Matii Latvala’s 218, and has already scored 238 to Latvala’s 165 so far this year – “But on every rally the fight was pretty intense this year, and we often had to fight right up until the last stage to win.

“Saying that, I do think this was my best season ever, and I feel I was really performing at my best. Julien [Ingrassia, co-driver] and I, we had to take many risks compared to previous years, and fortunately it has paid off and we have stayed on the road. It wont always be this easy to produce this kind of performance, but we haven’t crashed since last year and we’re still going to be fighting hard in 2016.”

You mention this year was your best yet. Anything in particular stand out for you, other than securing the title in Australia?

“Winning in Germany. I’ve done it before [in 2011], but I really wanted to win it this year with Volkswagen. I love it here in Spain too. It’s the only mixed surface rally of the year and it provides a great challenge. I think it is great for the fans to see us on two different surfaces.” 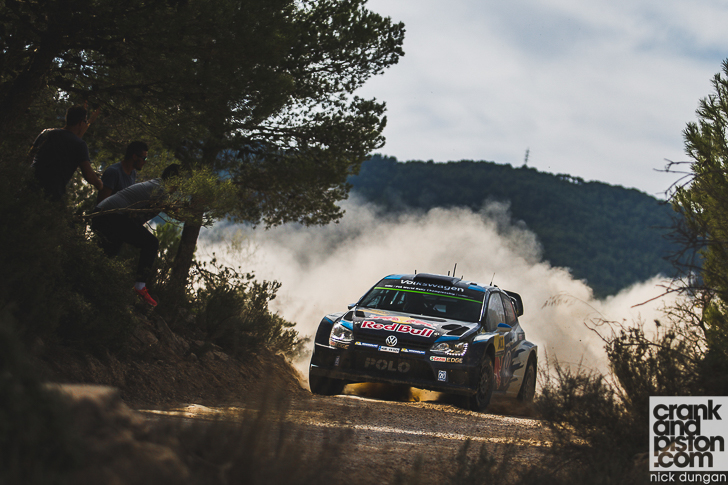 You got into Rallying quite late in your life. What kick-started your interest?

“I’d always followed Formula 1, but we could never raise the money to seriously pursue that as a career. So instead I got involved with the French Federation’s Rallye Jeunes young driver development program. All you need is your driving licence and €20, and then you compete in a gymkhana-style selection process. I won this [in 2005, which secured him a Peugeot 206 Cup drive], that paid for my first races, and things pretty much went from there very quickly.

“The program was a big help, particularly for French drivers. They identify talent early on and want France to be well-represented in the sport. Look at Sébastien Loeb: he spent all of his rallying career with Citroen, and they pretty well together!”

Interesting you mention your interest in Formula 1. It’s often said through the media that rally drivers are more complete drivers than those in F1. Would you agree with that?

“We often hear this, yes, and that’s nice to hear, but really they are just different types of motorsport. In the WRC we are in a more dangerous environment and face lots of different conditions, so it’s more difficult to get a feel. In F1 it is more of a known quantity, so driving on the limit every lap and maximising everything is, I won’t say ‘easier’, but more likely. It’s difficult to say, but we have a lot of respect for what they do, and likewise they respect us, and I think that’s important.” 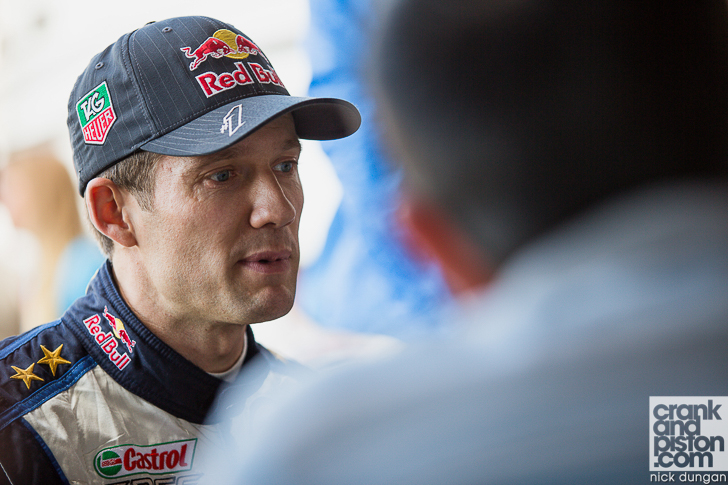 Let’s take a look at your career so far: 31 WRC wins (which puts you second on the series’ all-time list), Race of Champions victor in 2011 against eight-time Le Mans winner Tom Kristensen, then you took your first World Championship in 2013. How much did that change you, or your approach to rallying?

“I’m not sure it did change me, not my personal life anyway. Even though we are a great sport, we are perhaps not as big as F1 or exposed to the major media in the same way, which means we’re not as popular with the public. This has always made my private life more normal, and I like it this way.

“But I think the difficulty for all champions is the same in any sport: you have to keep your motivation and keep doing what you do. Once you win, you could easily start to relax and feel like you don’t need to try so hard because you’ve already achieved a goal. But it won’t continue like this if you don’t work continue working hard. You have to keep your feet on the ground. It’s why I still prepare my rallies the same way I always have done.”

Third championship in the bag this year, and you’ve established yourself as a dominant force in the WRC. So the comparisons with your old rival/teammate Sebastien Loeb and his nine championships was inevitable. Do you hope one day to match his accomplishments?

“Anything is possible, but I’m not sure that’s even my goal. At the moment I have three titles and I will continue to fight for more, but I’m prepared to take things as they come. I will concentrate on the next rally or the next season, and then we will see if one day, maybe, I can come close to this number. But who knows? Perhaps my career will take a different turn before then.” 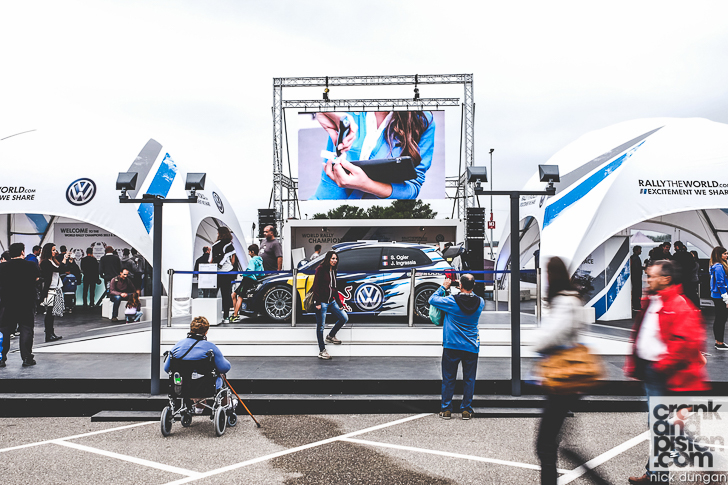 Different turn? Any particular goals you have in mind looking forward?

“I always put pressure on myself, and I always want to fight for more victories. I find motivation in this: I hate to lose, so I do everything I can to prevent that from happening. That’s what keeps me going.

“In terms of what I want to do next, I’m happy with Volkswagen in the WRC at the moment. I will return in 2016 as the reigning world champion and I will have the same target to win another title. In that way, nothing’s changed.”

Victory this weekend then would be a good start?

FULL GALLERY OF SHOTS AVAILABLE HERE – CLICK – Images courtesy of Nick Dungan. Be sure to check out our images from the 2015 Rally Spain too

Previous ArticleTRAILER. ‘No Limits’. Zanardi and the Spa 24Hrs
Next Article Postcard from Off-Road and Adventure Show