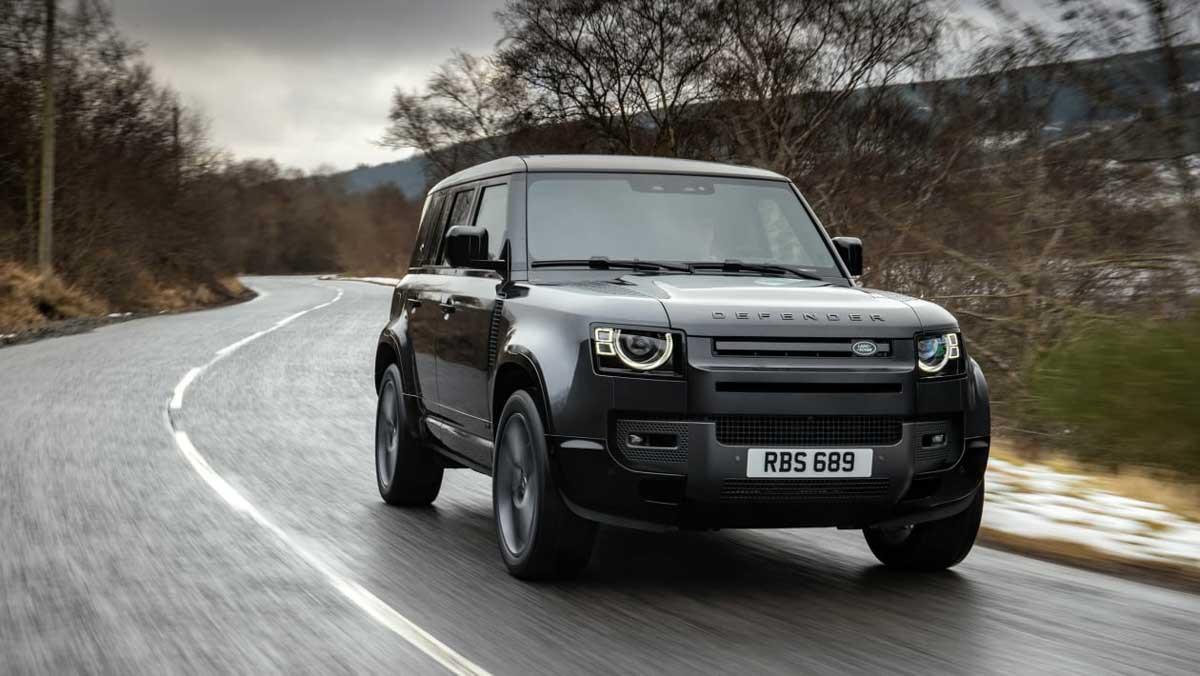 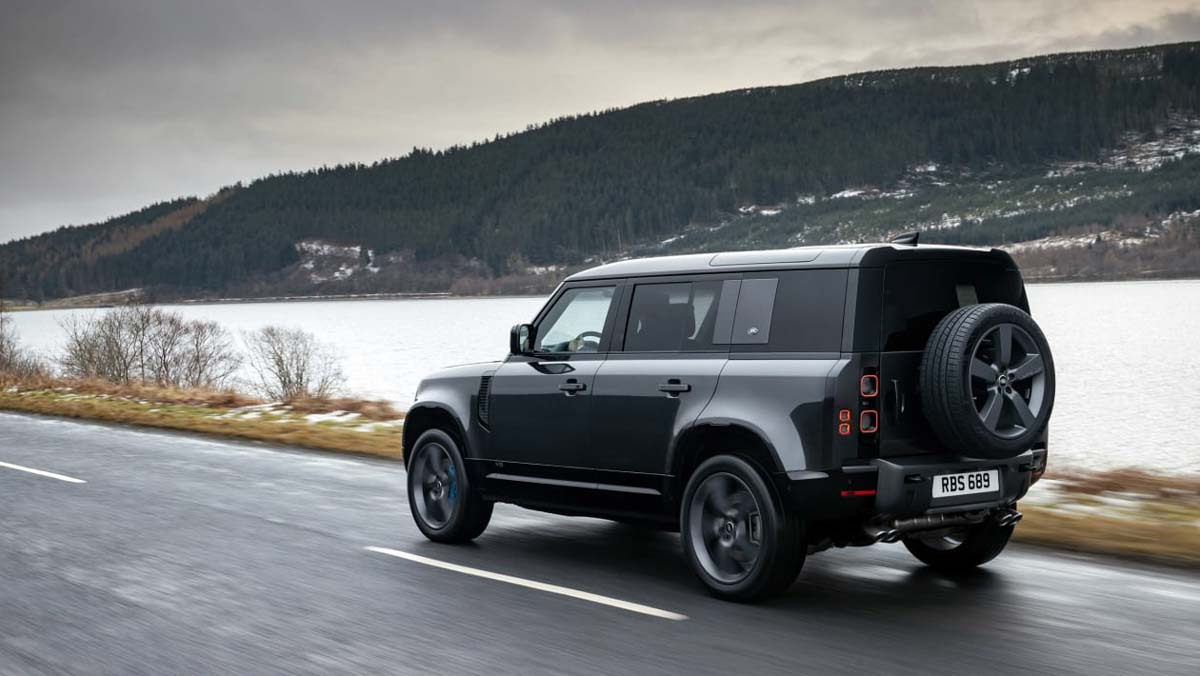 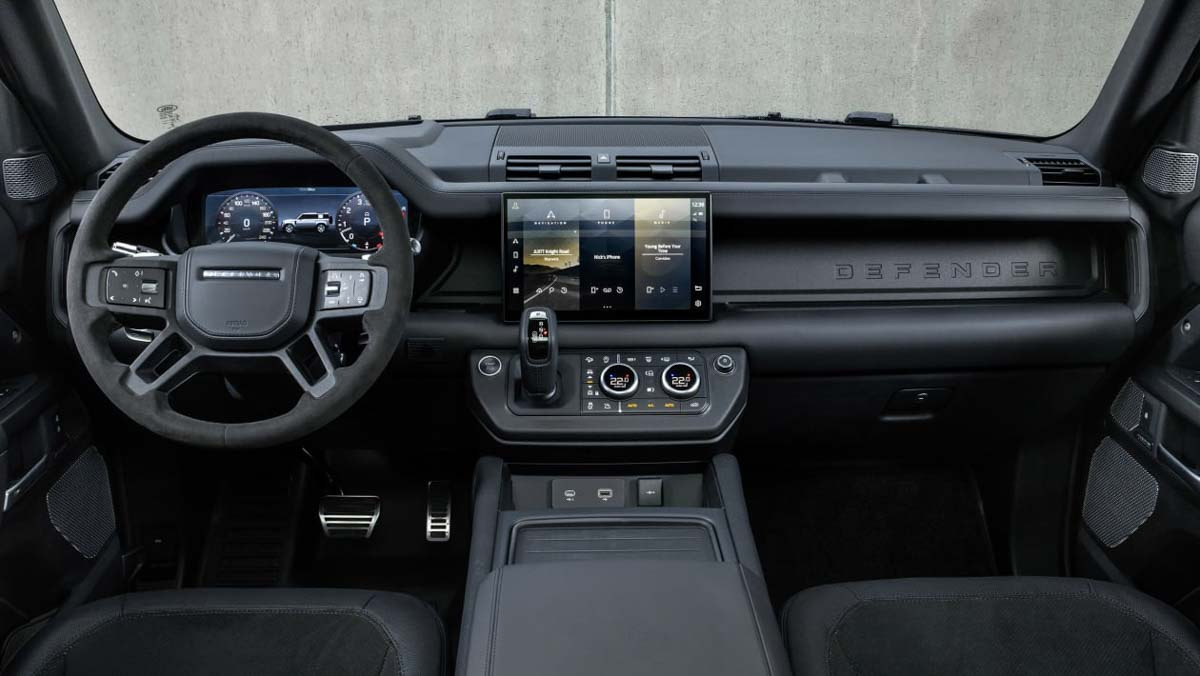 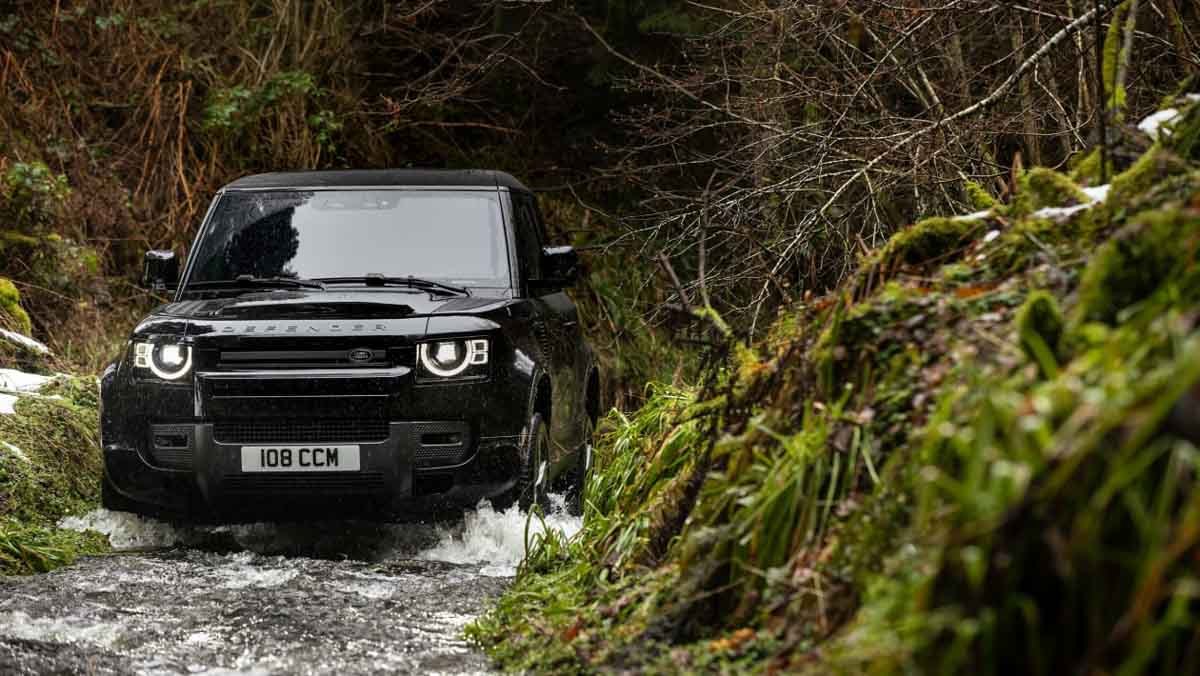 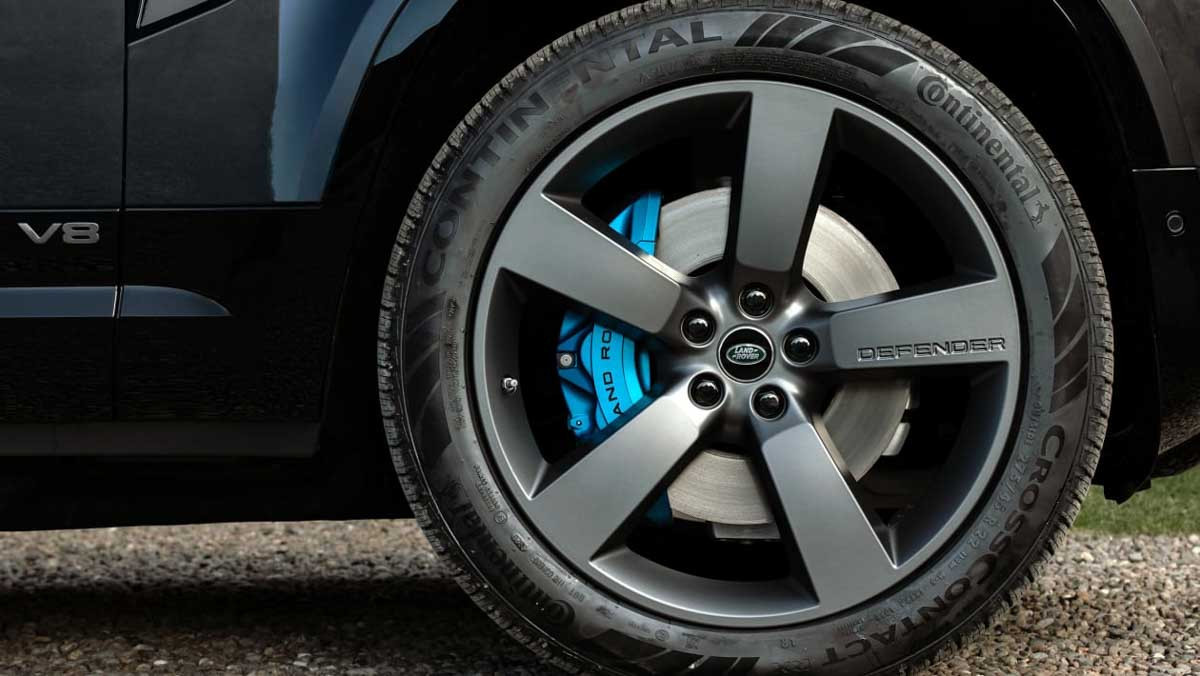 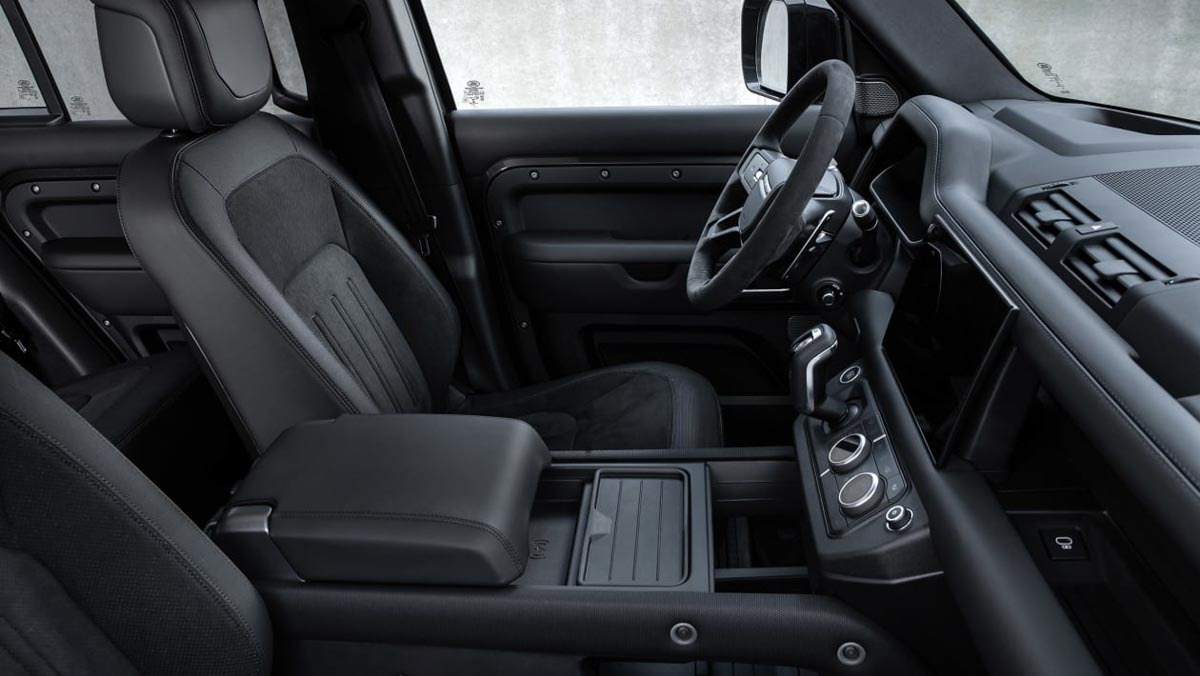 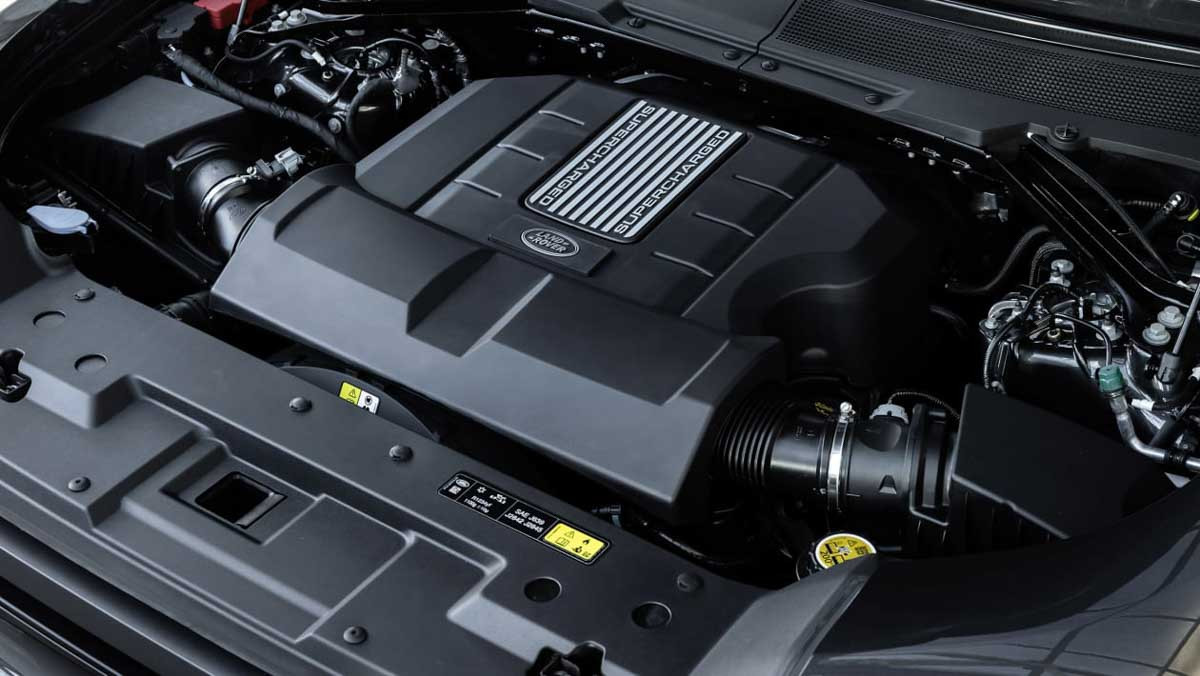 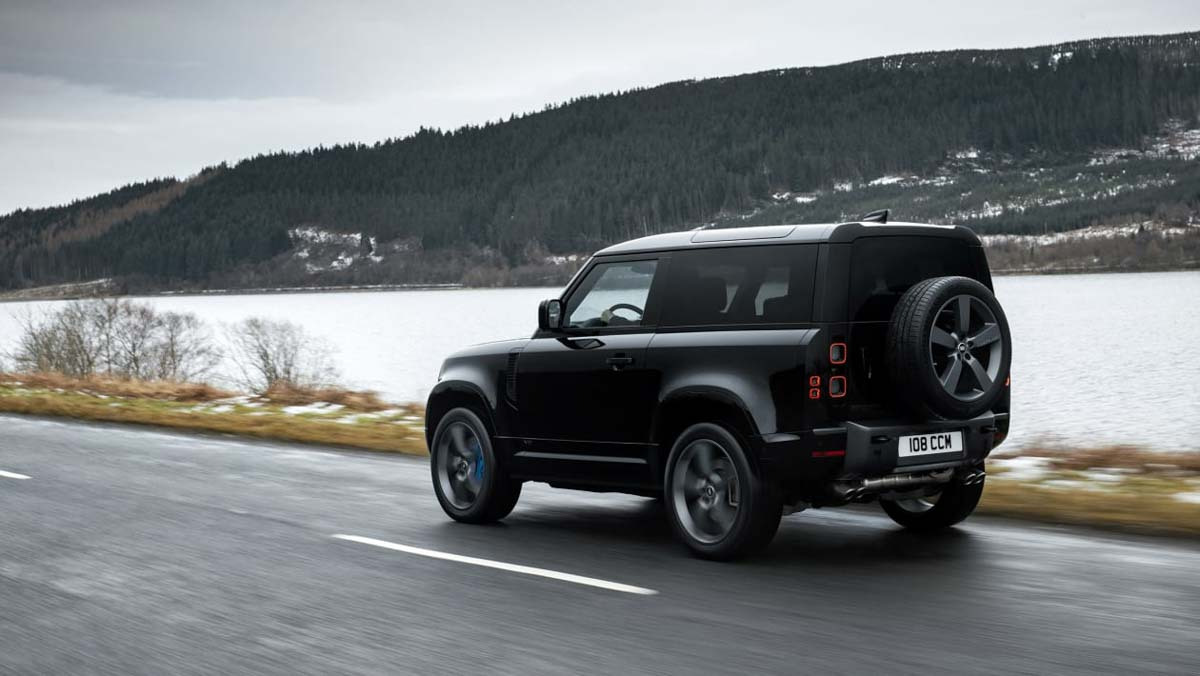 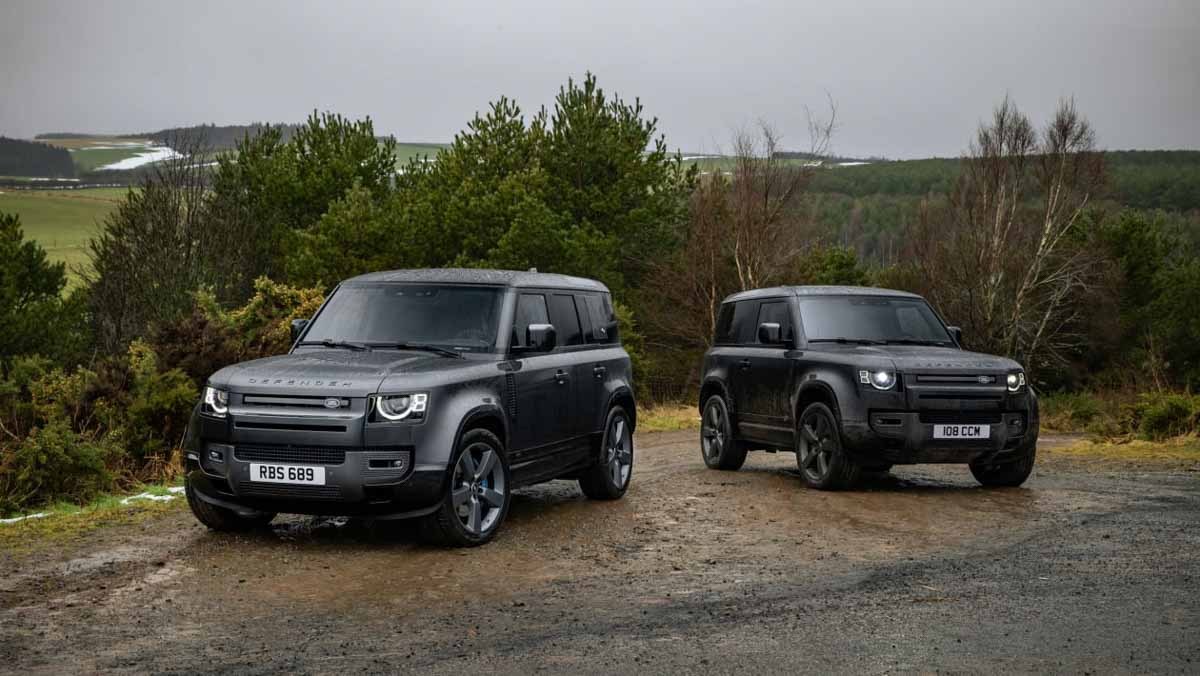 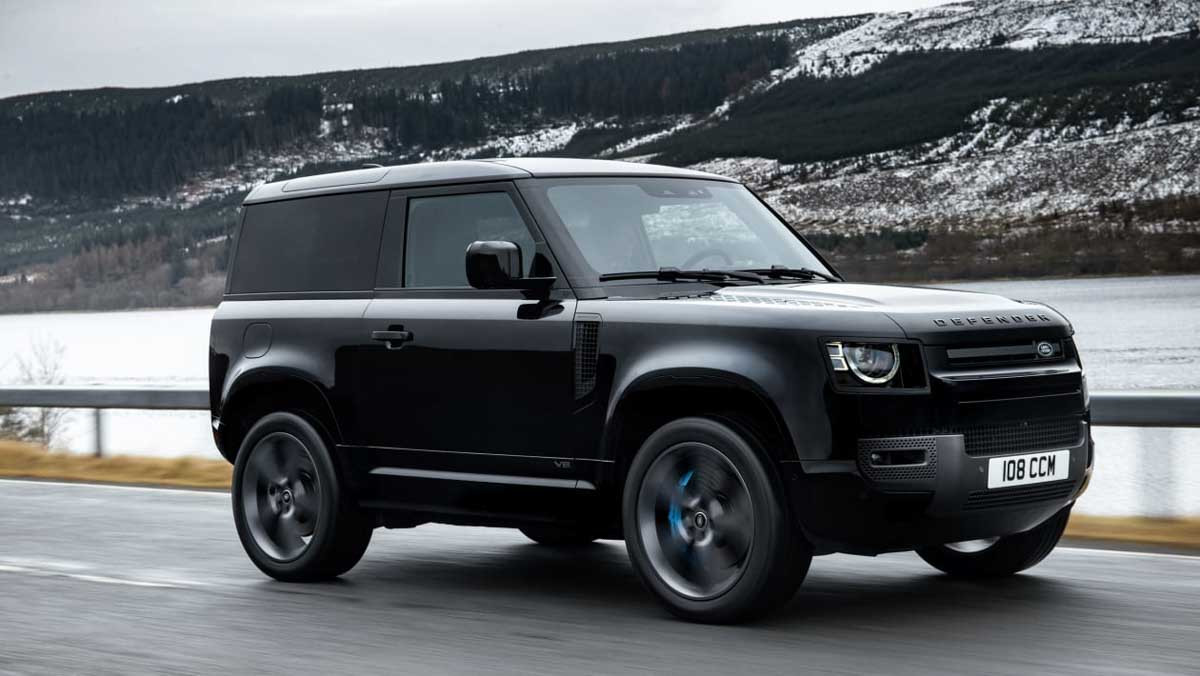 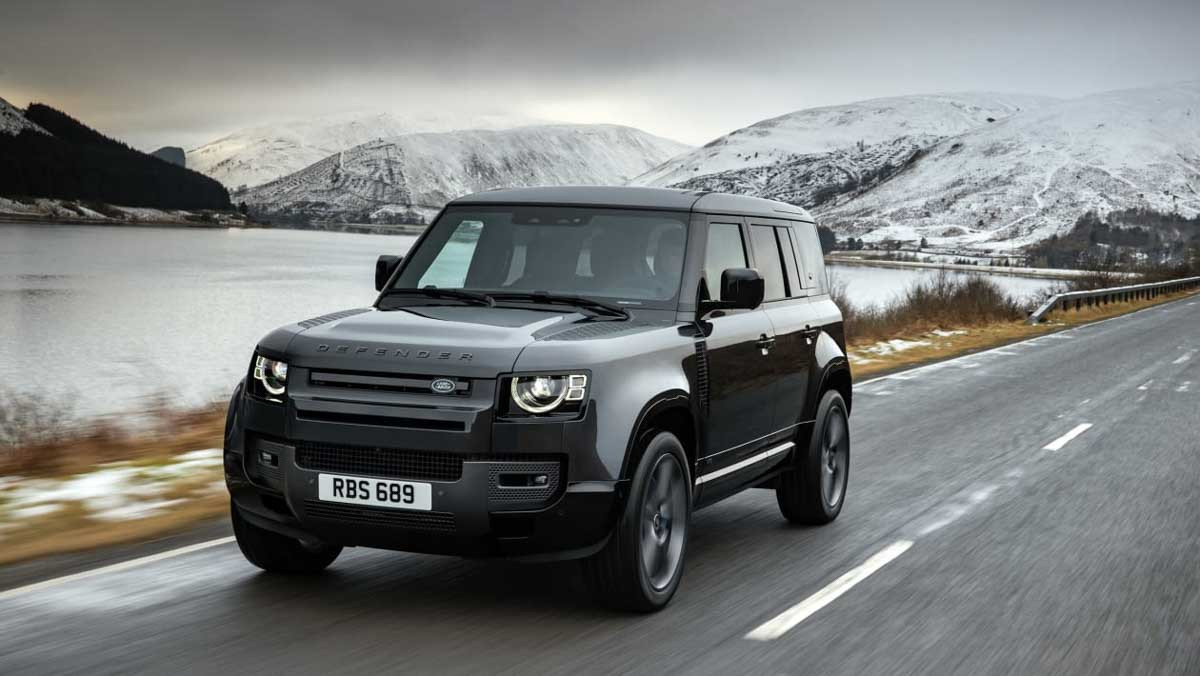 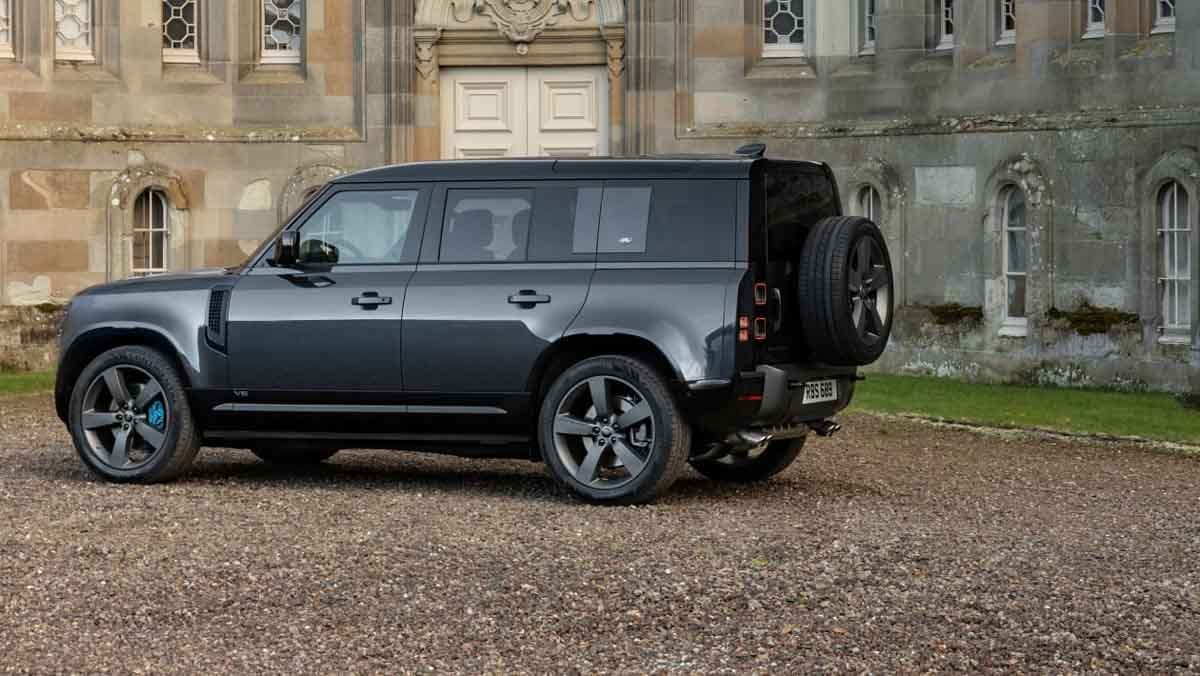 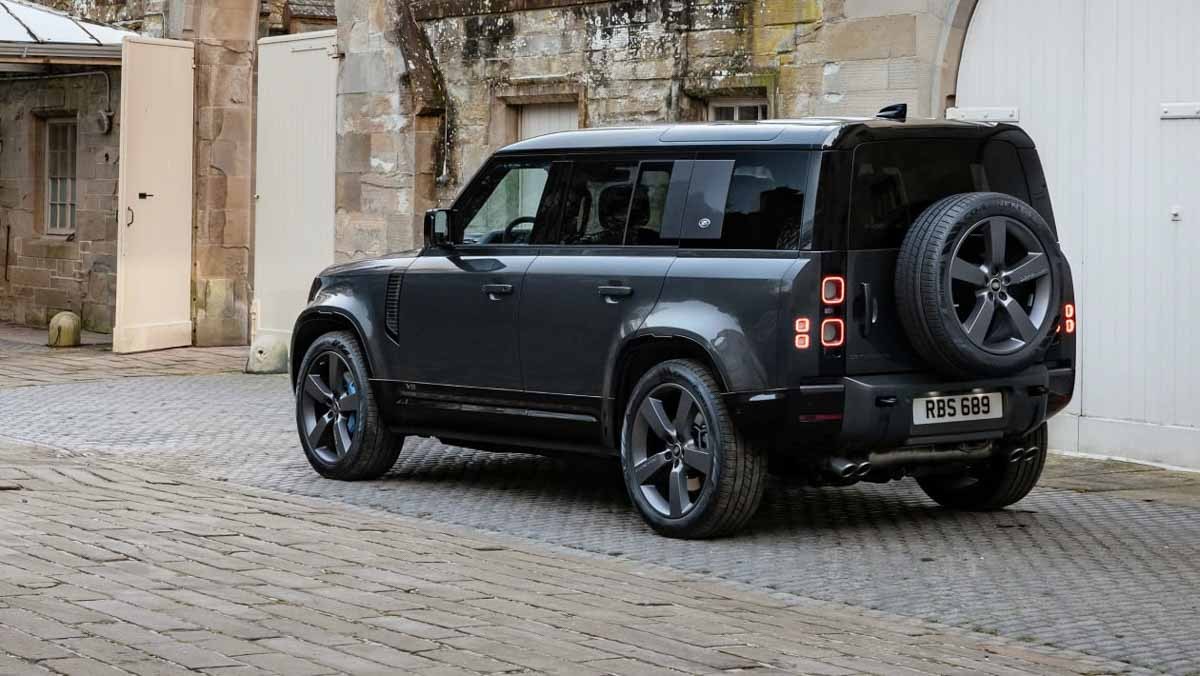 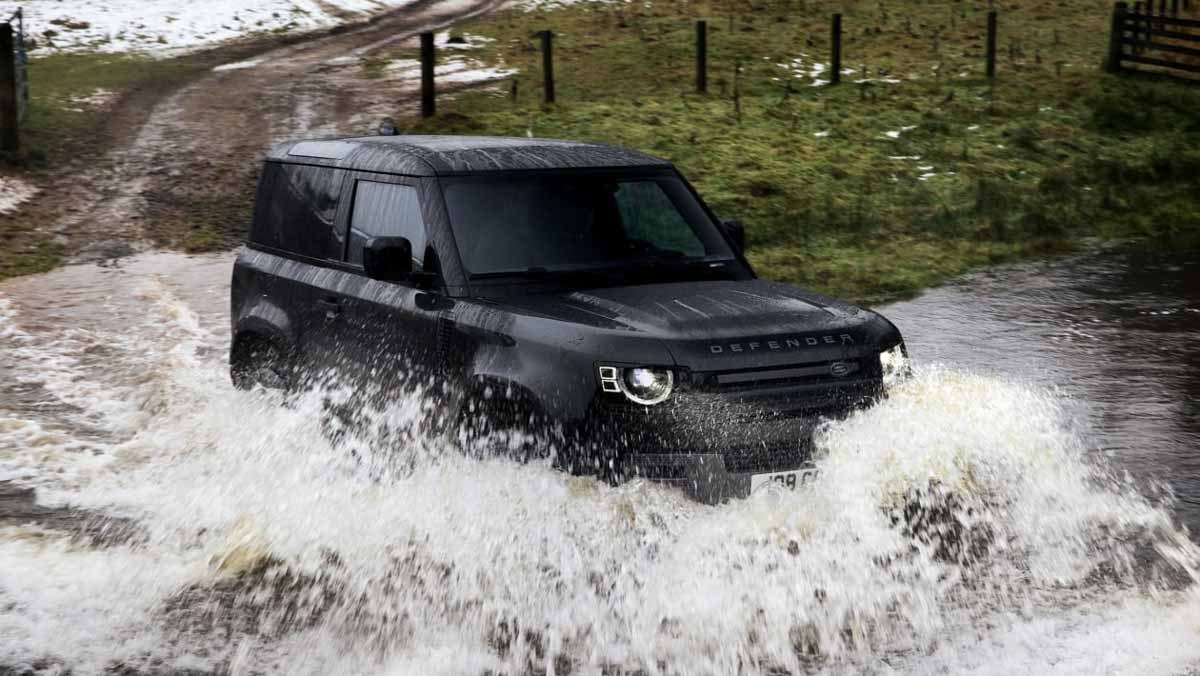 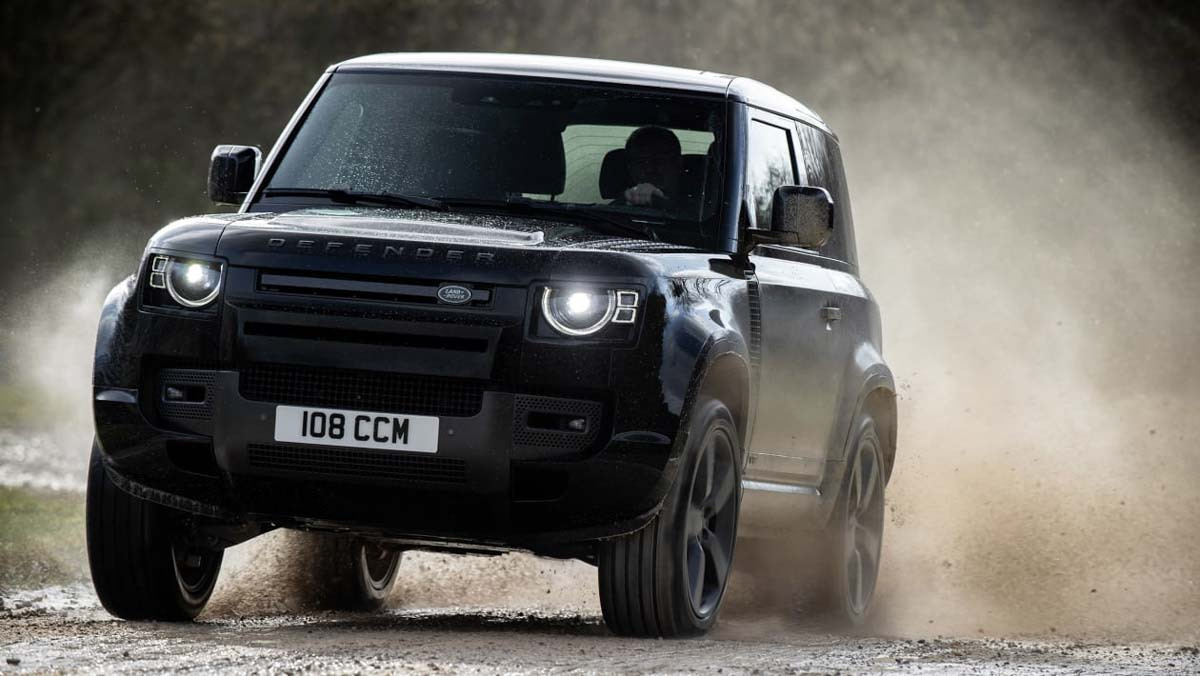 Land Rover has revealed its first model-year update for the Defender, replacing the First Edition, introducing some tech updates, oh, and stuffing the engine bay full of supercharged V8. The new Defender V8 will be available in two high specifications starting at $137,168 for the 90 and $140,851 for the 110.

The supercharged 5-litre V8 engine itself isn’t JLR’s most potent variant – this one is rated at 518bhp, with 461lb ft of torque – but it still makes the Defender V8 90 the quickest version yet, reaching 100kph in 5.2sec. Top speed is rated at 240kph, although we’re not sure how much faster we’d really want to go in something like a Defender.

The V8 engine is connected to the usual eight-speed ZF automatic transmission, which can be operated by paddles behind the wheel for the first time in a Defender. Power is sent to all four wheels via the Defender’s usual highly configurable all-wheel-drive system and adaptive air suspension package, plus it still has all its off-road gubbins such as locking differentials and Terrain Response system.

Both V8 models receive unique suspension and a distinct transmission calibration, including beefed-up anti-roll bars and a new active rear differential. The chassis also incorporates torque vectoring by braking to improve on-road response without compromising off-road ability too much, while a Dynamic mode has been added to the Terrain Response system for the first time in a Defender.

The Defender V8’s visual changes are relatively subtle, with the only changes being the quad exhaust outlets and blue brake calipers. Given these V8s are specific models, rather than just a new powertrain option, they’re only available in a limited range of colours and trims. Standard V8s come exclusively in white, black or grey, which are then contrasted with black elements on the roof and standard 22-inch wheels.

There is also the range-topping Defender V8 Carpathian Edition, which adds more bespoke styling elements such as a black bonnet and tailgate, satin protective film on the paintwork, an Alcantara-wrapped wheel and black leather/suede trim.

While the new Defender V8 will invariably bring more performance and on-road capability to the range than any other model, it’s still overshadowed by the 603bhp Mercedes-AMG G63 in terms of price and performance. Whether Land Rover plans to close this gap with a yet more powerful model – possibly with input from JLR’s SVO department – remains to be seen, but given the fiscal success AMG has gained from its most powerful G-wagen, we’d suggest it’s not completely out of the question.