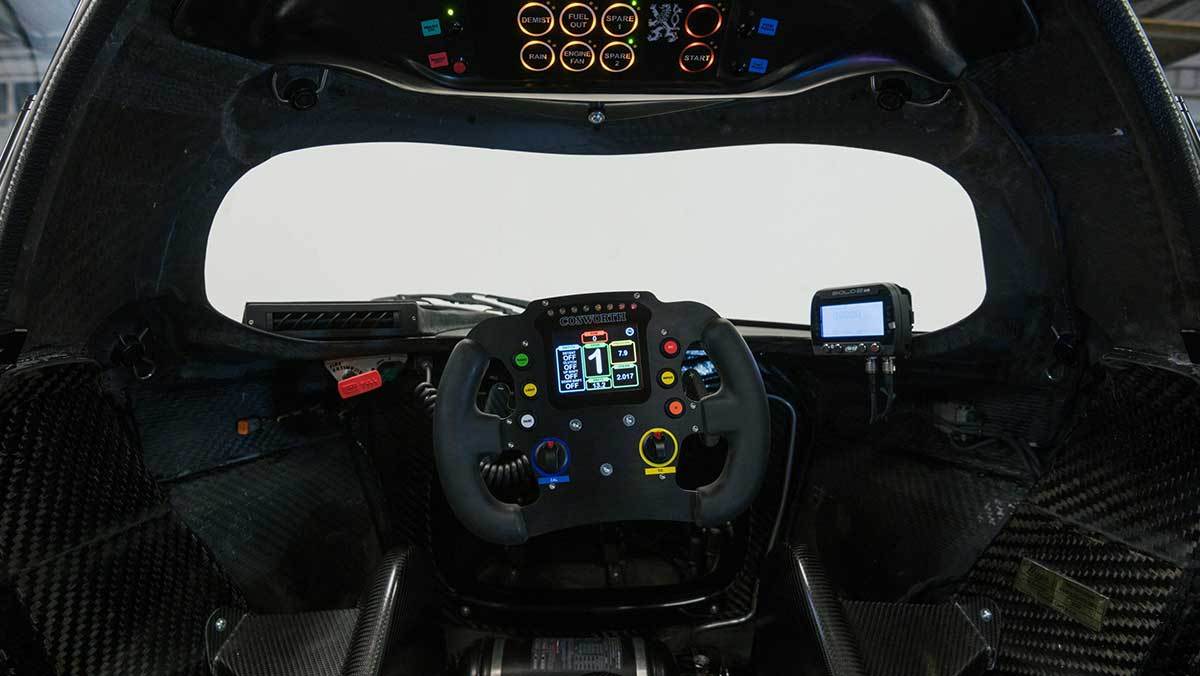 The Praga R1 has already proven success on the circuit, taking the overall victory in 2020’s Britcar Endurance Championship and winning seven out of nine races. But Praga Cars is not resting on its success, so has given its R1 racer a complete overhaul for 2021.

While not immediately apparent at first glance Praga Cars has replaced every body panel with new carbonfibre parts that both cut weight and are more easily removable for easy access to its oily bits underneath. The most obvious aesthetic change are the new headlights, fitted for improved low-light visibility.

Under the new carbon skin is the same 2-litre turbocharged four-cylinder as before, developed in partnership with Renault-Alpine for an output of 365bhp and 302lb ft of torque. Though this output might not sound especially impressive in by normal road car standards, when considered in context with its 643kg dry weight, actually gives the R1 a power-to-weight on a par with a McLaren 765LT – or 567bhp/ton to be precise.

Praga has fitted the new R1 with a larger fuel tank, up 50% in capacity to 92 litres. Engine management software has also been revised to improve response and provide a smoother power curve, making torque available for longer to improve performance on long straights.

Alongside the all-new carbonfibre monocoque, strengthened with zylon panels, a new splitter, floor, diffuser and rear wing contribute towards a 15% increase in downforce and a 5% reduction in drag – peak lateral cornering force is now up to 3Gs.

Elsewhere, Praga has made a number of tweaks to improve driveability, including an updated suspension setup, adjustable pedals and new in-car controls to allow the driver to monitor the fuel level and fuel and coolant pressures on the go.

Production of the new Praga R1 is already underway at its facility in Slovakia, with first examples already making their way to local customers ahead of the 2021 season.