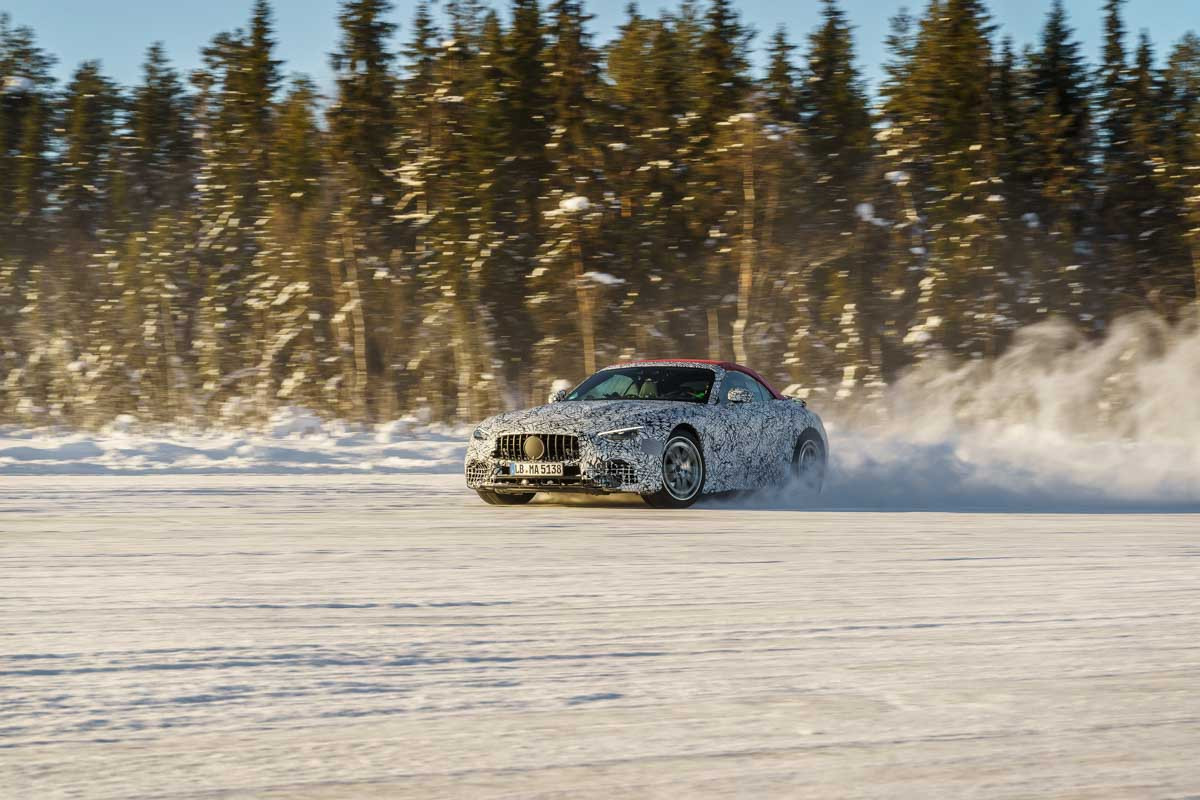 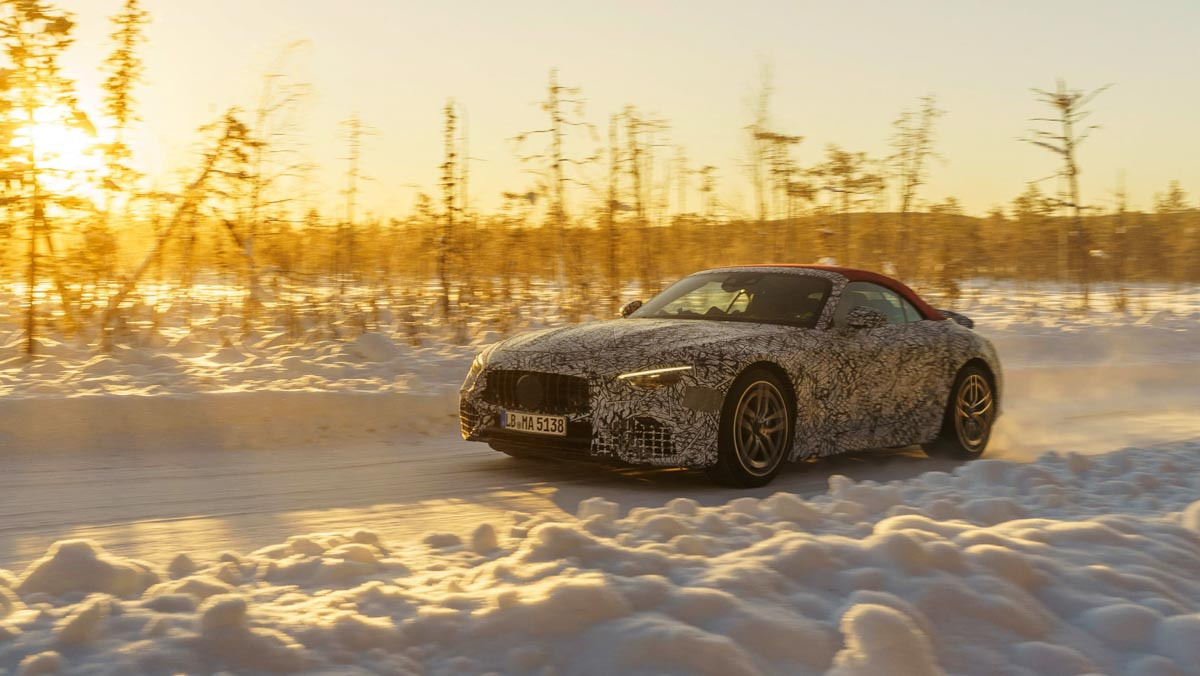 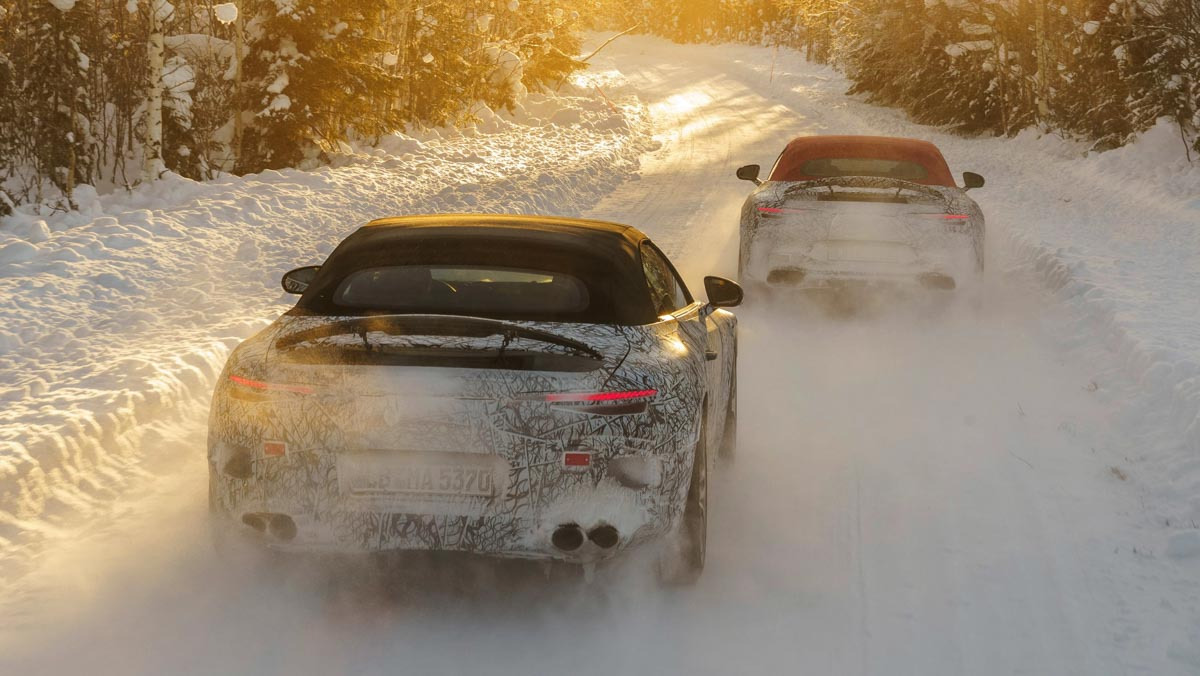 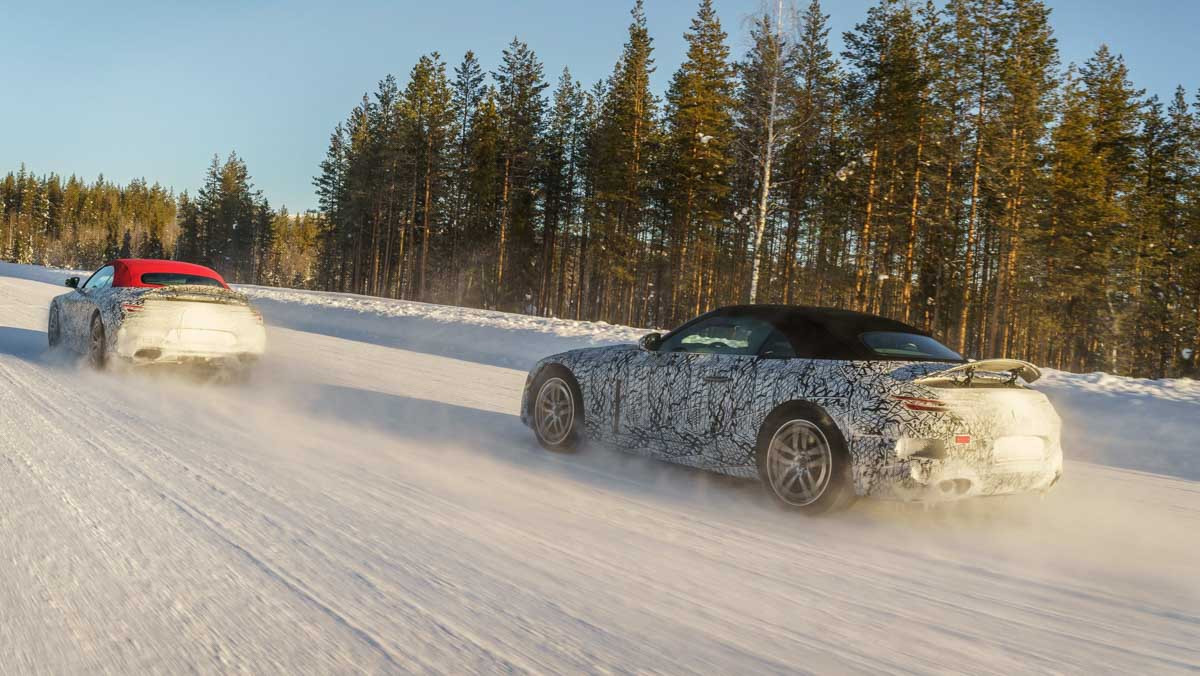 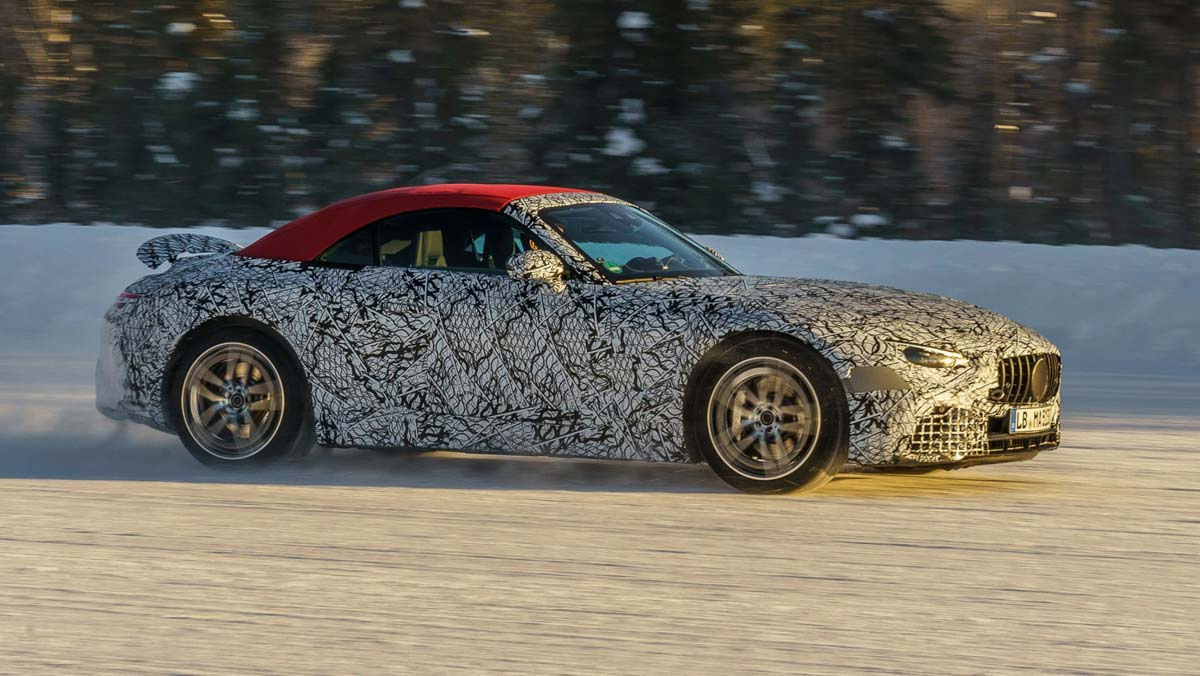 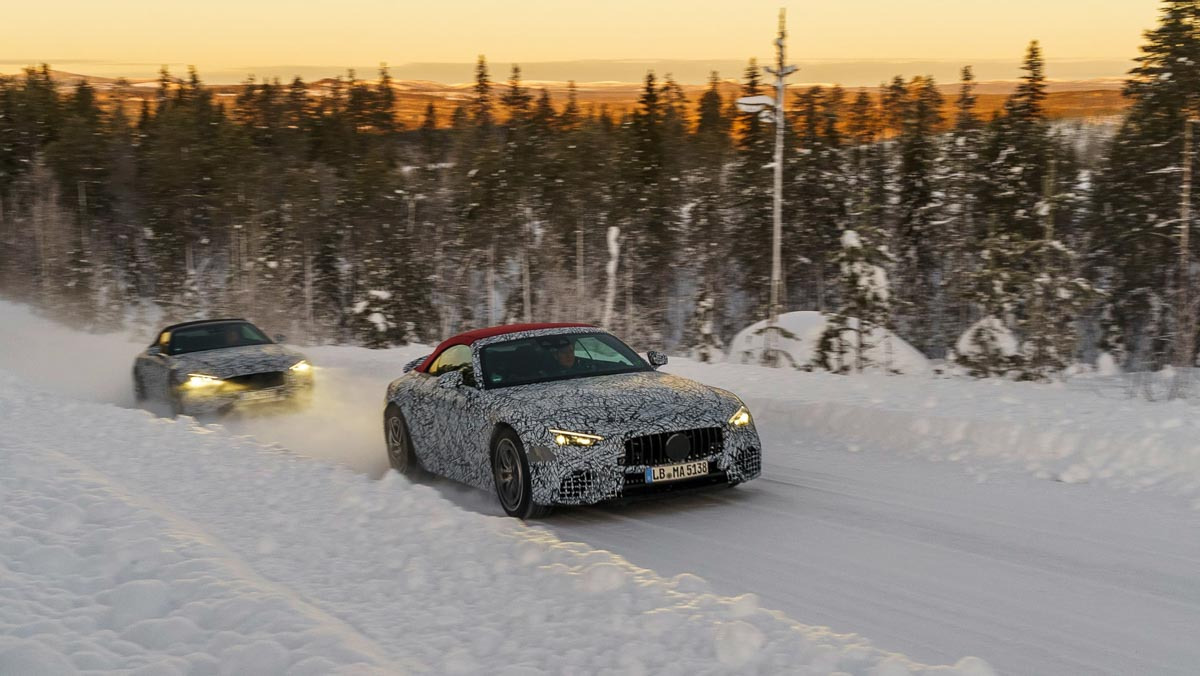 Sharing the same hallowed automotive ground as other long-running models like the Porsche 911 or Volkswagen Golf, the Mercedes-Benz SL is both an icon of sophisticated open-top driving and core nameplate for the Mercedes-Benz brand. This year will see the reveal of just the seventh all-new version of the SL in its 67-year history, shown here with little in the way of camouflage hiding the model’s design.

The latest images come straight from the horse’s mouth, revealing the model undergoing final testing in Sweden. Though we’ll still have to wait for powertrain and performance details, the marque has now disclosed that the model will be available with a variable 4Matic+ all-wheel drive system, a first for the SL.

The biggest change with this SL is the news that its development has been paired with the next AMG GT. This means that the cars share an aluminium chassis rather than the SL using one derived from standard Mercedes saloon models as was the case before. This also means the next SL has been engineered from the outset by AMG, and is destined to act as a replacement for the next generation AMG GT Roadster.

This change to the SL’s underpinnings has had a direct effect on the new generation car’s proportions which, as this prototype shows, are in striking contrast to today’s model with a long, low bonnet and upright windscreen. It will also ditch the folding metal roof it introduced on the R230 generation model in 2001, swapping it for a lighter and less complex fabric arrangement. We can also spot typical design elements borrowed from current Mercedes models like slim LED lighting elements and an upturned Panamericana grille.

Mercedes is expected to streamline the engine range, focusing on a combination of V8 power for high performance models and the firm’s new straight-six petrol power units for more mainstream variants. The six-cylinder engines are expected to adopt the mild-hybrid systems already in use in other models. It remains to be seen when AMG’s plug-in hybrid powertrains will be integrated into the range, but given the SL typically has a longer than usual model cycle, we expect it to be capable of integrating this technology, whether it appears at launch or later in the SL’s life.

One area destined for a major refresh is its interior, likely featuring the latest touchscreen user interfaces and design elements first debuted on the new S-class. This will represent a quantum leap over the previous generation SL, which due to awkward model-cycle timing was designed around an aging interface at launch back in 2012.

The new SL is expected to be revealed this summer. While the SL’s ‘Sports Leicht’ name has become less appropriate to the car over the last few generations, this new model should go some way to restoring its former relevance.