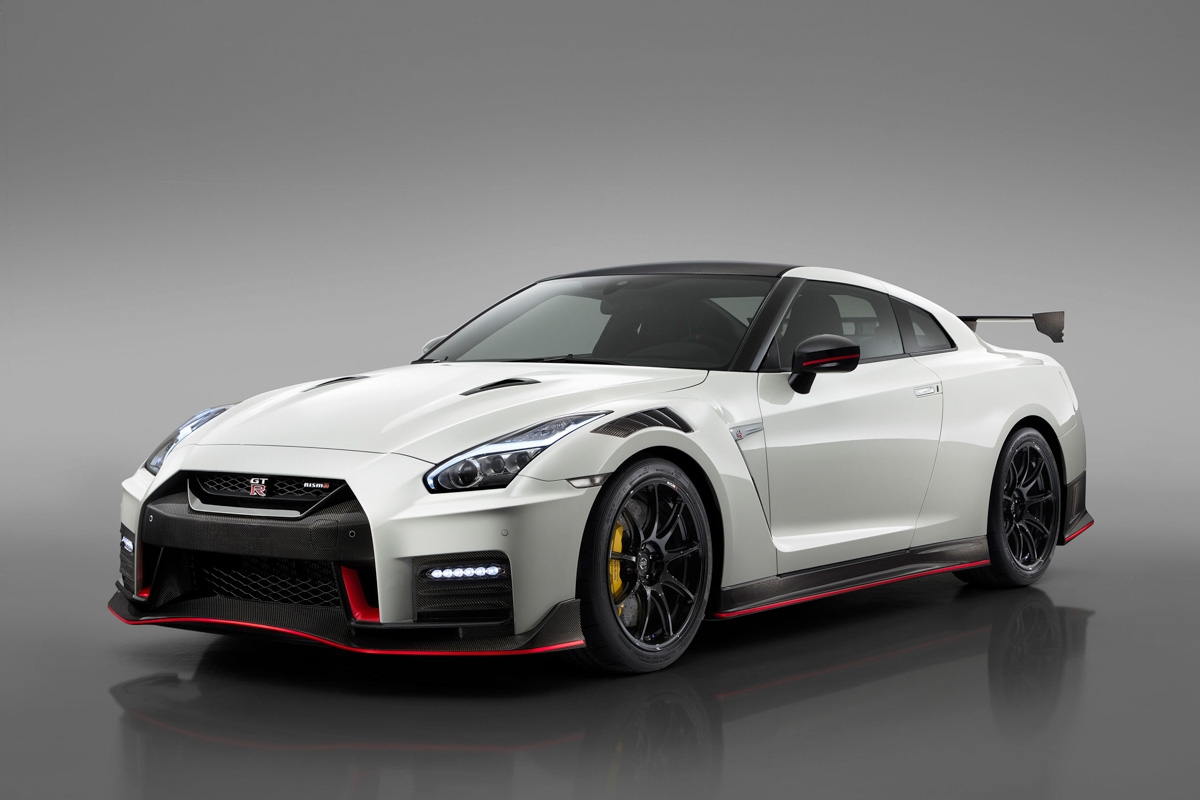 A revised Nissan GT-R Nismo has just been revealed with a suite of subtle upgrades for the 2020 model year. Changes are focused mainly on chassis hardware and calibration, and are designed to improve on-road driving behaviour and on-track longevity.

The first of these upgrades is the fitment of carbon-ceramic brake discs for the first time. Measuring 410mm on the front axle and 390mm at the rear, the discs not only dissipate heat more effectively than traditional cast-iron items, but also reduce unsprung weight. The new brakes, signalled by new yellow calipers, sit behind a new 20-inch Rays forged alloy wheel design wrapped in new, bespoke Dunlop tyres.

Appealing to those who condemned the previous Nismo’s intensely firm ride, Nissan has supposedly softened it off, slightly, improving on-road composure and feel. The steering has also been recalibrated to improve linearity and precision, while the dual-clutch transmission has been refined with some software changes, and a revised ‘R’ mode.

The Nismo’s exterior is largely unchanged, save for some Porsche 911 GT3 RS-style vents over the front wheels, which reduce pressure in the wheelarches at high speed and help keep the car’s front end firmly on the ground. Although little else is different visually, material engineers inside Nismo have also developed a new carbonfibre weave for the car, increasing stiffness on large, single-plane panels, such as the exposed carbonfibre roof.

The engine is still Nismo’s venerable VR38DETT twin-turbocharged 3.8-litre V6, maintaining its 592bhp peak power figure, and 481lb ft of torque. Detail changes have been made though, with Nismo developing a new turbocharger design derived from that of the GT-R GT3 race car, optimising the turbo’s flow rate by 20 per cent and improving throttle response without any effect on peak power.

These fine, detailed upgrades are typical of the GT-R, a model that has been through a slow-moving but substantial cycle of updates since its initial introduction to the Japanese market way back in 2007. The fact the GT-R still stuns with its immense performance and capability some 12 years later speaks volumes about how impressive its basic underlying form really is.