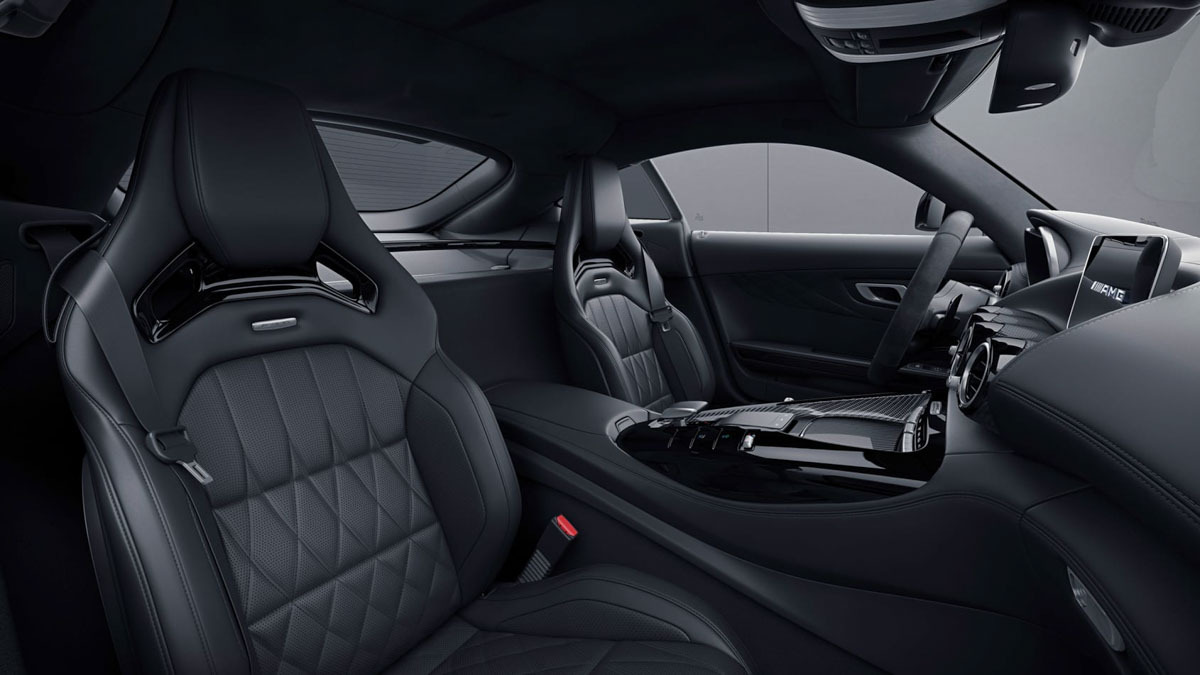 Mercedes-AMG has realigned its GT Coupe range, condensing it into just one ‘narrow-body’ GT model that will replace the previous GT and GT S. The wide-body GT C and GT R models will continue as before, with the new $415,000 GT Black Series topping the range.

The good news is that the new base GT will feature a power hike from 469bhp to 523bhp, a chunky 54bhp rise over the previous GT’s output and 20bhp more than that of the previous S model. This also makes the least potent GT model 20bhp more powerful than the Aston Martin Vantage with which it shares its basic M178 hot-V V8 engine.

The updated GT also picks up some added standard equipment including adaptive dampers and the S’s electronically controlled locking differential. It also picks up an uprated composite brake package with red-painted calipers, a new lithium-ion battery and adds a ‘Race’ setting to the multitude of driver modes. Rear-wheel steering is also now available on the options list – this was previously only available on GT C and GT R models.

Standard GT models will roll on 19-inch alloy wheels at all four corners, rather than the 19/20-inch staggered wheel and tyre package of other models, and have the more subtle body addenda of the narrow-body cars, plus four round exhaust outlets in contrast to the GT C’s oblong ones.

An optional Night Package will also be available, bundling dark-finish elements on the exterior, wheels and interior for a more stealthy aesthetic. These changes all apply to GT Roadster models too, which all have identical updates to the Coupe.

The GT C and GT R models will otherwise remain as before, each with 549bhp and 576bhp versions of the same M178 V8, topped by the new GT Black Series with its new flat-plane crank V8 producing 720bhp. We suspect it will correspond with a price rise from the previous model’s $124,390 and go well into six figures.