No roof? No worries… The McLaren Elva will be the ultimate sun-seeking supercar 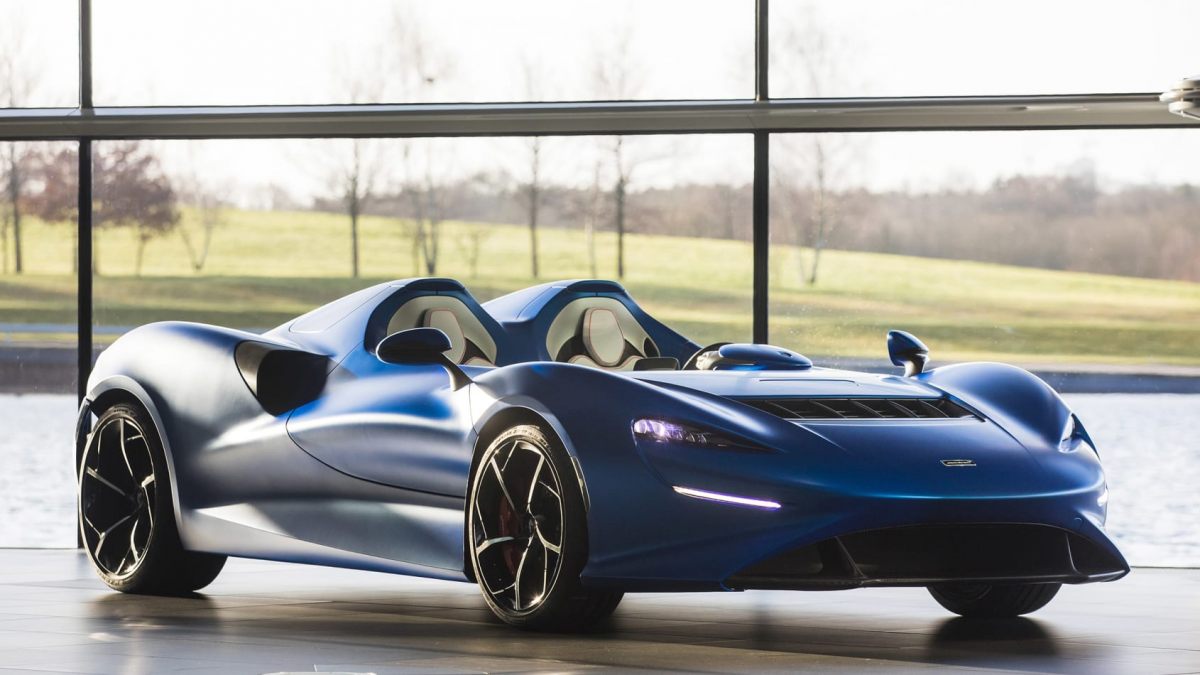 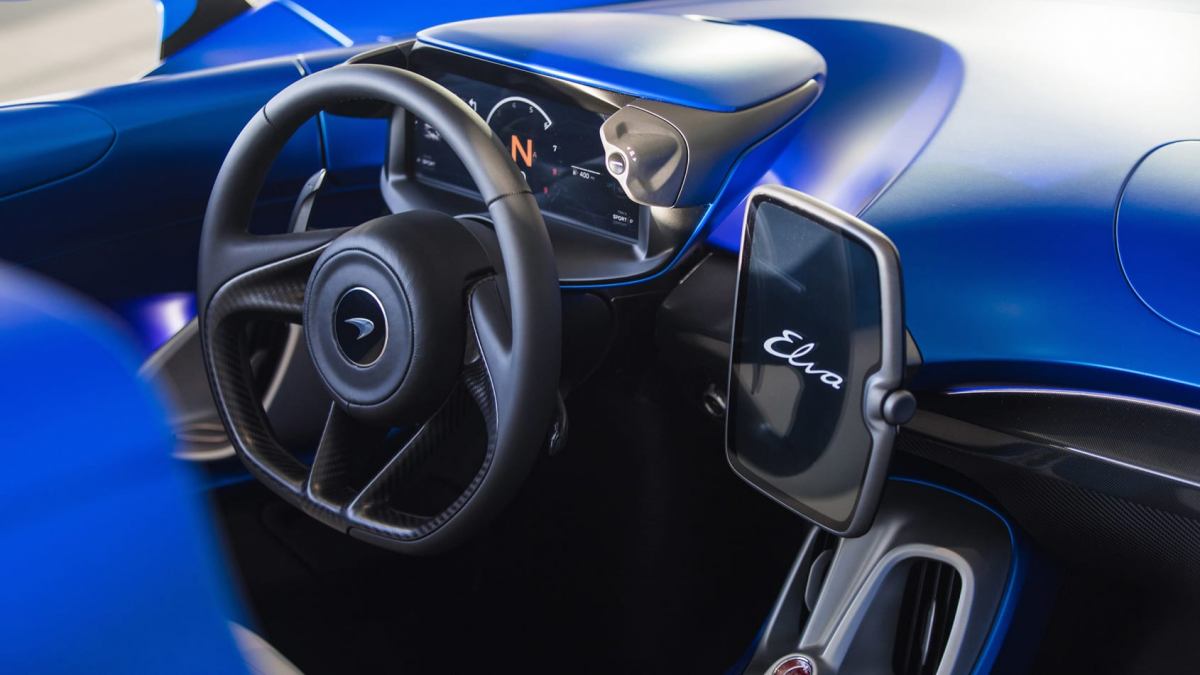 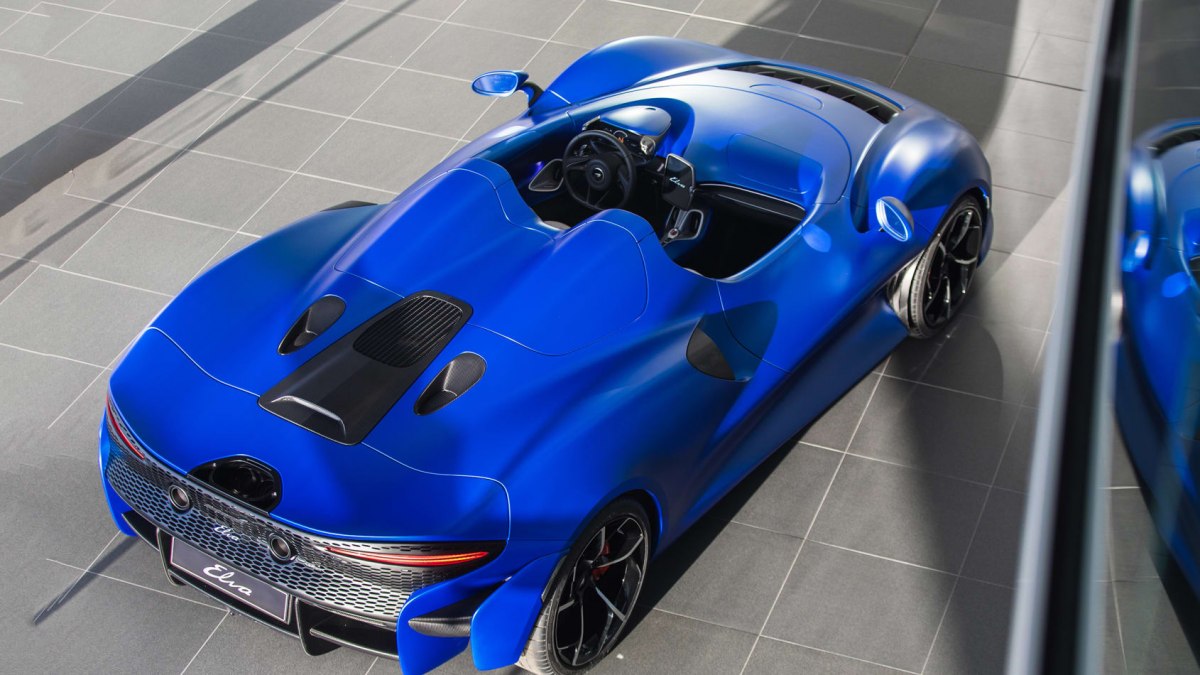 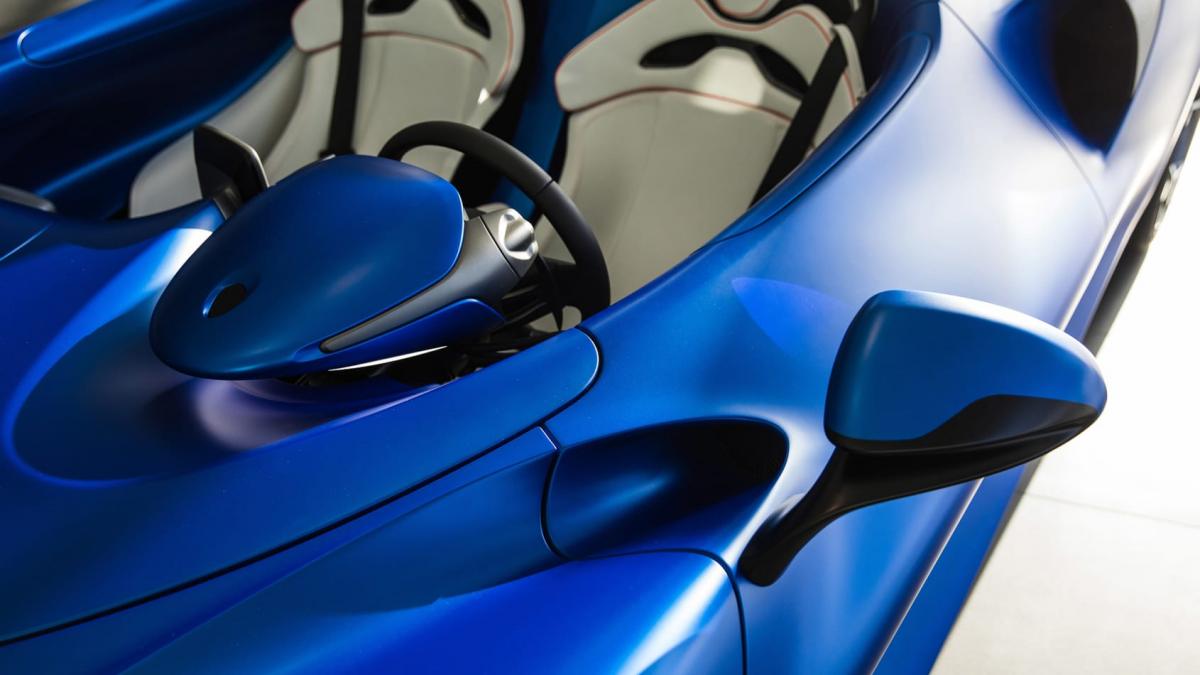 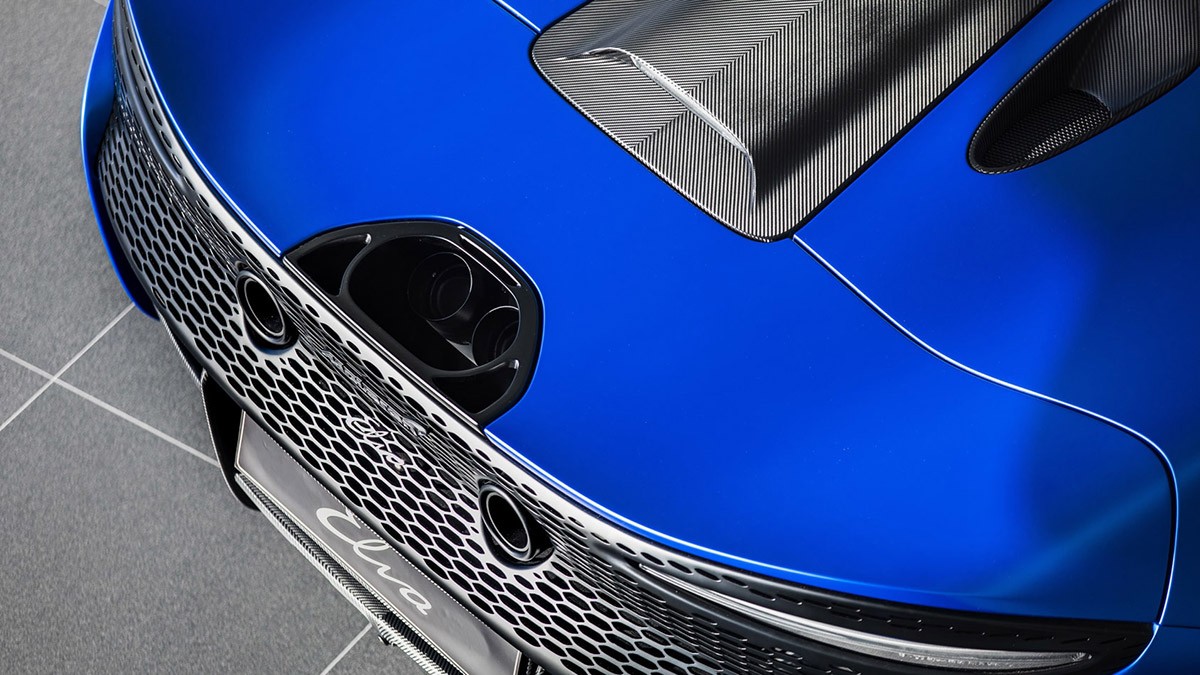 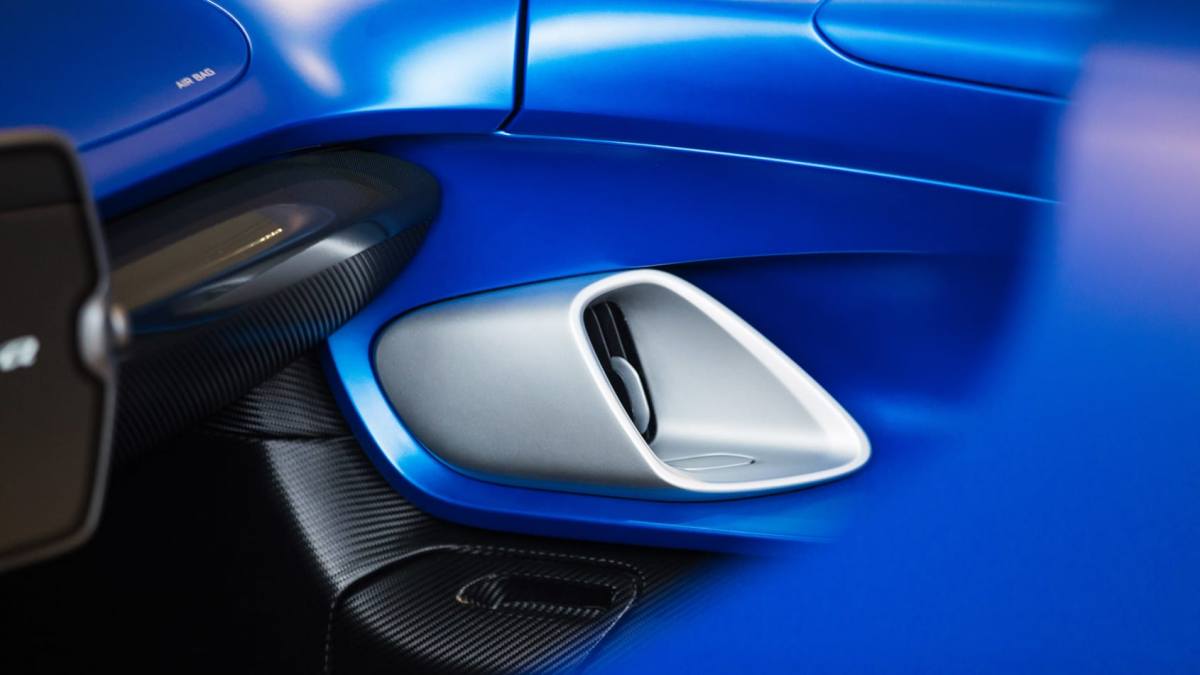 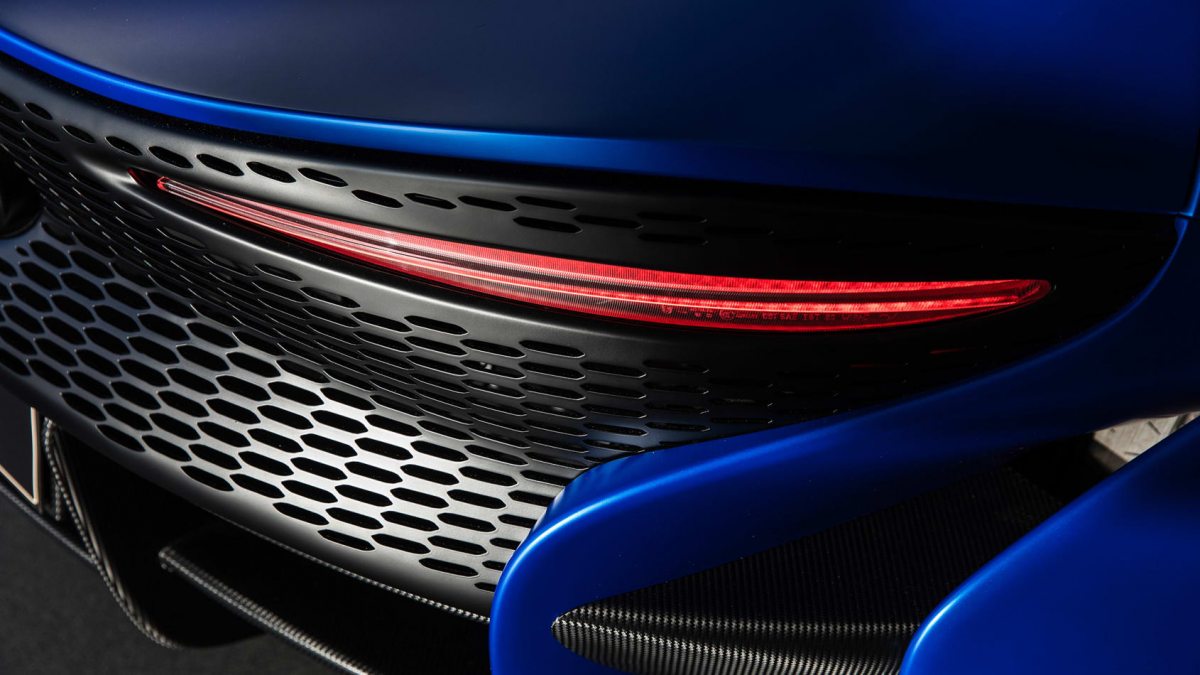 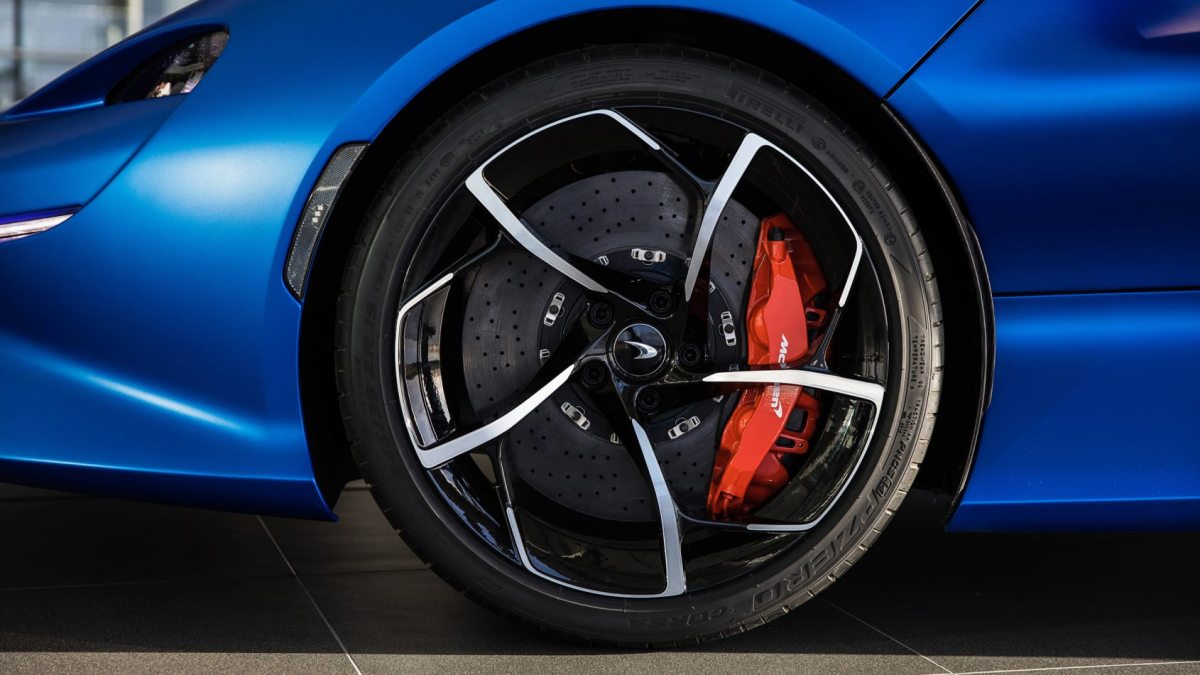 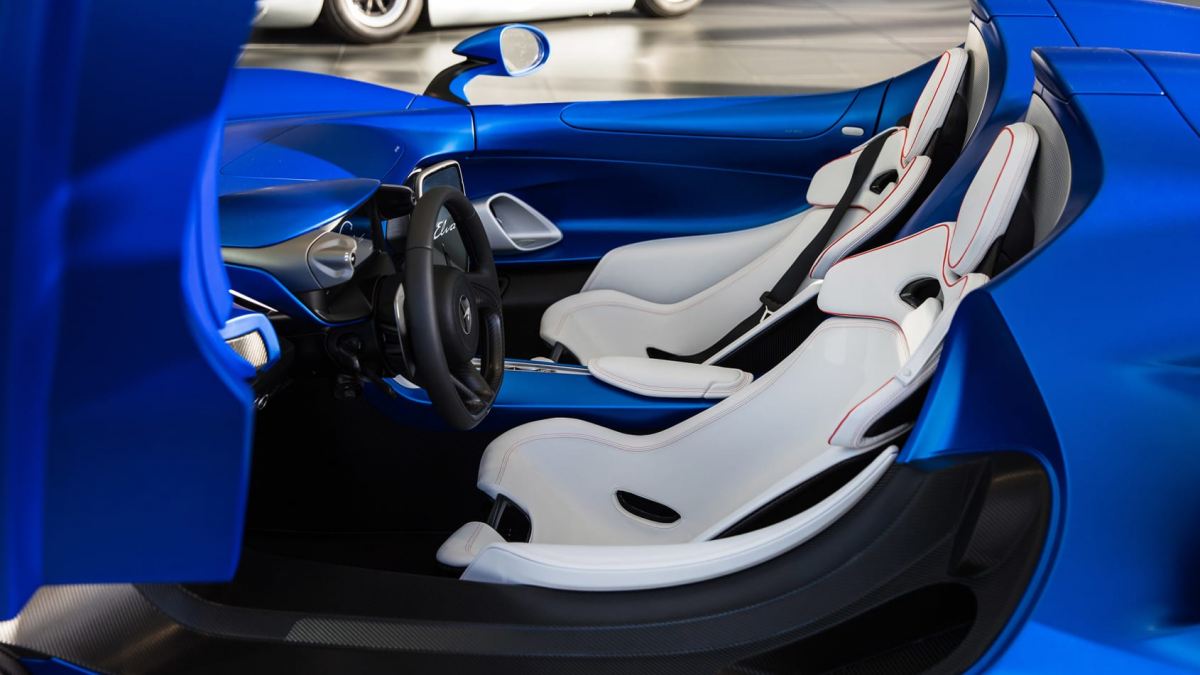 Further details on the new McLaren Elva have been revealed at the McLaren Technology Centre in Woking. Joining the P1, Senna and Speedtail at the top of McLaren’s Ultimate Series, the new Elva’s name is derived from Bruce McLaren’s exploits in customer sportscar racing in the 1970s, when Elva manufactured and supported a customer racing version of McLaren’s dominant M1A.

Like the nomenclature, the new Elva channels the M1A’s lack of a windscreen, roof and side glass with its sleek speedster body, joining the upper echelon of McLaren’s portfolio. The core technical ingredients are familiar, but where the Senna was designed to be track-focused, and the Speedtail all about top speed, the Elva has been designed specifically for the open road – presumably on a sunny day.

Production will commence when the last Speedtail has rolled out of the factory in late 2020 or early 2021, after which 399 lucky customers, most of whom already have one or two Ultimate Series McLarens in the garage, will take delivery of their $1.9million Elvas.

Where customer demand or legislation requires it, a permanently fitted windscreen can be specified, but for those who do decide to go down the full open-face route, McLaren has developed what it calls Active Air Management (AAM) to save your face from taking a beating from the elements.

In simple terms this comprises a carbonfibre panel in what would be the front bonnet that opens above a certain speed. This exposes a vent which is fed air from an inlet in the front splitter, and said air is then directed up and over and around the cockpit, creating an air bubble for the occupants. At lower speeds when the vent is closed, air is directed towards radiators in the front of the car instead. It’s not the most aesthetically pleasing solution, but it does work

With the system not in use, riding in the Elva at 48kph and below is like being in a Caterham without the doors fitted, with air buffeting your ears, filling your nostrils and giving your tear ducts a workout. At 80kph it’s as uncomfortable as you would imagine a 80kph headwind with no protection would be. And at 112kph you’re not sure what will happen first – if your head will be ripped from your shoulders or your eyeballs pushed through the back of your skull.

With AAM active, 48kph feels like you’ve opened the sunroof of a saloon at 112kph, 80kph is more comfortable than driving roof down at three-figure speeds in a Porsche Boxster, and at 112kph you can still hold a conversation with the driver. And while the flap is noticeable when it’s deployed, it’s not a distraction that blocks your field of vision.

Powering the Elva is the latest evolution of the Senna GTR’s 4-litre twin-turbo V8, but with a new exhaust system McLaren gleefully calls the Nirvana system, that goes some way to increasing peak power to 804bhp, up from the Senna’s 789bhp. The system has a total of four exhaust outlets, two situated in the rear mesh between the tail lights and two more sitting at the leading edge of the rear deck within the active rear wing. The need for the two forms of exhaust outlet is for acoustic reasons, just as much as performance, as the upper two have been designed to resonate a higher-frequency note that is more acutely heard from within the cabin.

The cross-linked hydraulic suspension from the 720S will be fitted, so too the latest 390mm carbon-ceramic brakes along with new titanium calipers. And while McLaren hasn’t confirmed a weight for the Elva, it has said it will be the lightest McLaren road car – excluding the F1 – to date, so expect it to come in at under a dry weight of 1198kg. From a dynamic perspective, the Elva has been engineered to sit somewhere between the Speedtail and Senna in terms of dynamics, being more agile and focused than the more GT-like Speedtail, but far less aggressive than the Senna.

This is reflected in the Elva’s aerodynamic package, which results in far less downforce than on the Senna, and not to mention Super Series and Sports Series McLarens such as the 720S and 600LT. In fact, with a higher power figure and lower weight, the Elva’s handling balance has been a great challenge for chassis engineers, who have spent a considerable amount of effort ensuring the Elva’s handling remains progressive and benign – or as benign as an 804bhp rear-wheel-drive supercar could realistically be.

As well as just giving Ultimate Series Mclaren buyers a new model to fawn over, or flip, director of design Rob Melville did confirm that it does point towards McLaren’s continually evolving design language that will be applied to future models. Of course, the practical realities of not needing to worry about side glass and a windscreen gave Melville and his team an extremely wide remit to take the Elva’s design to a level otherwise impossible on McLaren’s mainstream offerings.

The body-side surfacing, for instance, is incredibly deep and was designed to mimic the sidepod of an F1 car. Inside that volume is a hidden intake tunnel, an element McLaren first used on its P1, with air entering via a small intake next to the door mirror. This flows clean, cool air into the lower half of the side-mounted radiator, while a more traditional external intake on the rear haunch feeds air to the top half.

Like on many McLarens, the rear is mostly open for the sake of releasing the intense heat produced by the engine and exhaust system. Rather than an open mesh, the rear fascia is of laser-cut aluminium, which integrates a new design of almond-shaped rear light units, as well as the lower two exhaust outlets and rear diffuser.

Inside the open cabin the Elva also showcases a number of new key interior design elements that might appear on future McLaren models, including a free-standing HMI screen, instrument pod and centre console. Elements designed specifically for use in a purely open cabin, such as the low-set air vents and speaker integration, are specific to the Elva.

Storage space is understandably slim, although a rear-opening tonneau just behind the cabin has been designed specifically to fit two full-face helmets that are sold with the car for owners in need of a little extra protection at high speeds.