BMW’s next M3 to be available in manual or auto; with and without all-wheel drive 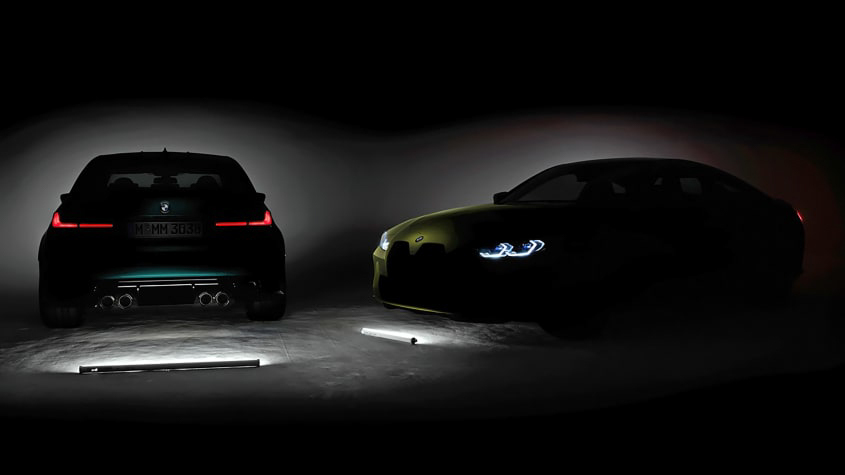 BMW is finally shedding some of the mystery around the next-generation M3 as it prepares for its big reveal in September this year. While the possible technical package has been discussed for a while now, BMW has now revealed specific details of the new powertrain, and the different models it’ll be offered within. BMW M CEO Markus Flasch has also given us a glimpse at what’s to come, with a new teaser image posted on social media.

All M3 models (and M4 models, which share its technical packages) will use BMW’s S58 turbocharged in-line six-cylinder engine in one of two outputs – 473bhp and 503bhp. These power figures correlate to standard M3 and M3 Competition models like others in the BMW M range, but rather than just differing in power the models also diverge in their transmission options. Standard 473bhp M3 models will be available exclusively with a six-speed manual transmission, while the 503bhp Competition models will utilise an eight-speed torque-converter automatic transmission. Both models will share a 442lb ft peak torque figure.

The S58 engine itself is based on the modular B58 unit found in everything from the BMW M340i to the Morgan Plus Six and Toyota Supra. Like the B58, it utilises a closed-deck construction, but from there has been substantially redeveloped to meet the M division’s loftier benchmarks. Highlights include a larger bore and shorter stroke, which marginally reduces the cubic capacity, but also raises the rev limit to 7250rpm, up from the B58’s 7000rpm. It also swaps out the twin-scroll turbo in favour of a twin single-scroll turbo set-up, and features a lower compression ratio favouring power over efficiency. The oil pan, intake, oil coolers and heads are also bespoke, the last one incorporating 3D-printed components to reduce weight internally.

Both M3 and M3 Competition will initially be only rear-wheel drive, but later in the M3’s life cycle, Competition models will also gain an xDrive all-wheel-drive option, with further details about its capability to decouple the front axle still to be confirmed. In our experience, when fitted to the X3M, the S58 engine is certainly impressive, with good pick-up at low rpm and an immensely strong mid-range – as we’ve come to expect of BMW’s powertrains in the recent past. What has been less consistent with BMW engines is their propensity to rev, something that the S58 does achieve, even if it is without the enthusiasm of Alfa’s V6 found in the Giulia Quadrifoglio.

New for the M3 will be a version of the M5’s electronic steering that will be developed to suit the smaller saloon’s lower weight (expect it to tip the scales at around 1600kg). There will also be a more dynamic approach to its chassis set-up, achieved by fitting the latest active damper system from the M5, optimised to benefit from the M3’s new bespoke front and rear subframes. The car will also have a stiffer front strut brace and additional engine bay bracing, a principle that has already debuted on the new X3/4 M models, as will all of the aforementioned hardware.

The new M3’s standard brakes will have four-piston calipers at the front with a 395mm disc, although unlike the two new M SUVs the saloon will also be available with BMW M’s latest generation of carbon-ceramic brakes. Expect 19- and 20-inch wheel options (the X3 and X4 Ms will have 20s and 21s), and Michelin’s Pilot Sport 4 S tyre as the standard offering.