Following Infiniti’s unveil of two concepts at the Dubai Motor Show this week, the Q80 and Q60. We had a chat with the design director Taisuke Nakamura about the influence of the Q80 Inspiration on its future range design.

Infiniti has revealed its Q80 and Q60 concepts as part of the Dubai International Motor Show this week, the Q80 in particular drawing a keen amount of attention. The Inspiration, which made its international debut late last year in Paris, is a concept that has been produced to act as a design blueprint for the brand’s future models. Inside, for instance, we find a colour contrast from the front and the back – with white leather in the rear and black leather seats at the front – in an attempt to emphasise Infiniti’s ‘premium’ stance in the market. It’s that dinstinctive look on the outside though that design director Taisuke Nakamura is most keen on. 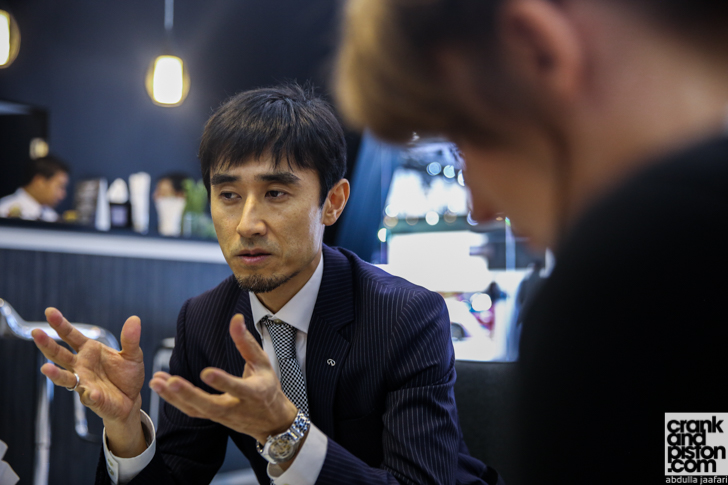 “The idea around the Q80 came about because we wanted a pure example of what our brand stood for,” Taisuke told us, drawing our attention as he does so to the double arch wheel design and ‘human eye-inspired’ headlights. “We essentially wanted an example that incorporated Infiniti in one glance. The Q80 Inspiration features a hatchback-like four-seater design with a cabin thickness and long sweeping lines that create a sporty feel. Fully sculpted from sheet metal, the model comes measures 2010mm in width, 5060mm in length and has a stance of 1340mm at its highest point giving the feeling of sedan-like dimensions with fastback contouring. It is the epitome of what we stand for, without any restrictions.”

Taisuke’s new design language is already starting to make an impression on the Infiniti range, the recently revealed Q30 the first model to have taken cues from the concept and thus placing Infiniti in what it claims is a whole new segment. It’s the start, potentially at least, for significant growth for the Japanese marque, a fact not lost on Taisuke. 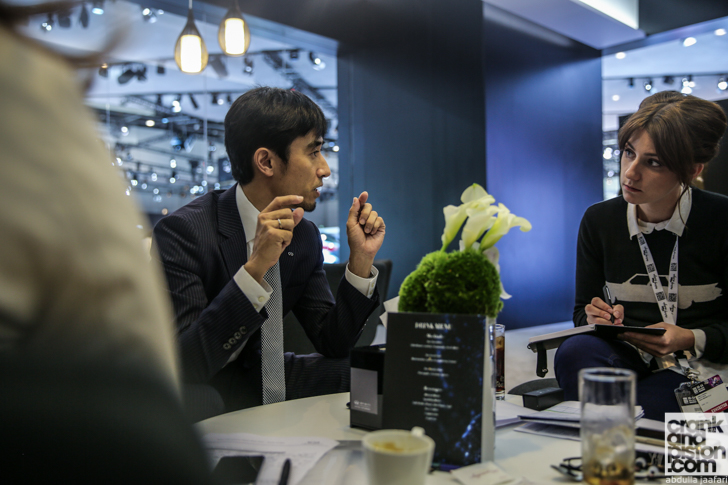 “Not only is the Q30 a new area for us in terms of developing our range, it’s a whole new segment entirely,” he continues. “The Q30 is a cross between a coupe and a crossover: it has bigger tyres and a larger posture than that of a traditional crossover, while donning the design silhouette of a coupe. I would describe our Q30 almost like a shooting brake, and we’re confident its design, which has been heavily influenced by the Q80 Inspiration, will be a strong pull for potential customers.”

Despite a performance drive globally, with numerous manufacturers developing individual performance arms and tuning companies coming up with new ways to get more power out of a car, Taisuke confirmed Infiniti’s focus and brand ethos is much more around the design, over a drive for power. “We are aware of other brands pushing for more power from their models, but we at Infiniti are very much luxury-focused, with a push for comfort and driver feel. We are driven to be the premium go-to brand, providing the most modern of styling at an affordable price.” 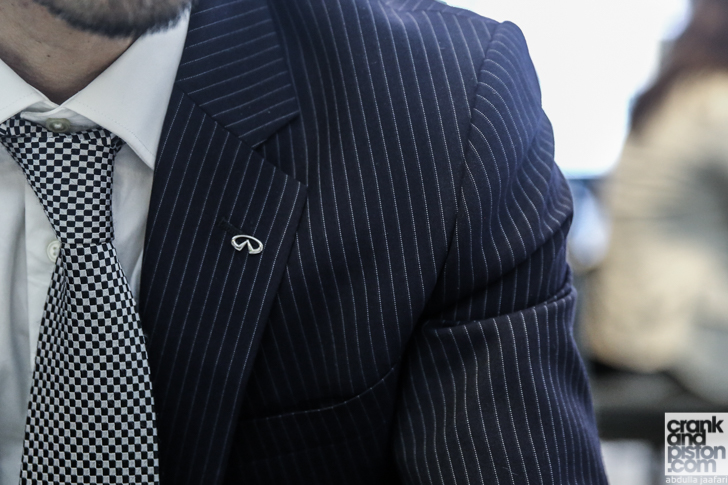 Seeing a production-ready Q80 any time soon seems unlikely, though the Q30 is set to go on sale next year. In fact we were lucky enough to drive the model in Portugal recently. And yes, a full write-up will be here on crankandpiston.com very soon…