The 2014 Nissan GT Academy Middle East finalists battle it out in Dubai for a chance to go to Silverstone.

Taking a Playstation Gran Turismo gamer from the comfort of their own home, unleashing them on track in a very real Nissan to race at the top level in motorsport and being not only competitive, but mixing it with veteran drivers for podium finishes has been a success story that very few would have predicted when the GT Academy was launched back in 2008.

Turning gamers into professional racers – the GT Academy way – is a fast paced, accelerated program that offers a unique opportunity for aspiring drivers with a passion for motorsport. History has shown that previous GT Academy winners have the skill and ability to utilise their training in real world competition and proof of validity in the program is now beyond doubt.

Last year, GT Academy ventured to the Middle East for the first time and the competition produced a bona fide endurance race winner. Salman Al Khater took class victory in the Britcar 1000km at Silverstone on his first attempt demonstrating the potential talent in the region if given the opportunity. And that is the purpose of the GT Academy.

The regional finals of the second GT Academy Middle East Challenge recently took place at the Dubai World Trade Centre and crankandpiston tagged along to watch the hopefuls battle it out for a chance to make it through to the next round.

Amongst these gathered gamers is a future professional racer and to describe their every move as being under scrutiny would be an understatement. The challenges laid down over the two day selection course puts very real pressure on the competitors with every move being watched by the experienced Nissan team. And it isn’t all about putting in fast laps on a virtual race track.

It is a testament to the realism of modern driving simulators and the vision of Kazunori Yamauchi (professional racing driver and producer of the Gran Turismo series) that the initial selection process completely revolves around gaming ability. For those that reach the regional final, the emphasis is still on hot laps on Gran Turismo 6 simulators but now also includes dynamic driving in a real Nissan 370Z. There is a lot more going on in the selection process than this however.

There is both a physical and psychological aspect to the competition. Fitness ability is judged with circuit training style workouts as modern motorsport places demands on your body that gaming cannot (as yet) simulate. The competitors are also under continuous scrutiny, every move being watched and they are always being photographed, filmed and interviewed on camera. For many, both these aspects were well out of their normal comfort zone.

After two days, with every competitor giving everything they had, six finalists were selected to make the trek to Silverstone for race school. Only one will have the opportunity to become the second Nissan Middle East GT Academy winner, fulfil their dream in becoming a professional racing driver and follow in the footsteps of Salman Al Khater. 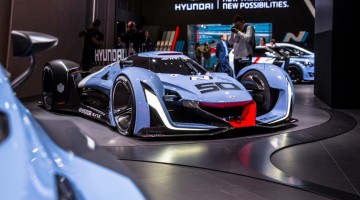