The new CrossBlue represents a new design generation for VW Group SUVs as well as presenting what the company calls ‘a near-production look at a potential new SUV model series from Volkswagen’. It the first time the new concept has been unveiled in the region, though crankandpiston.com took some time to drive the concept in Germany. 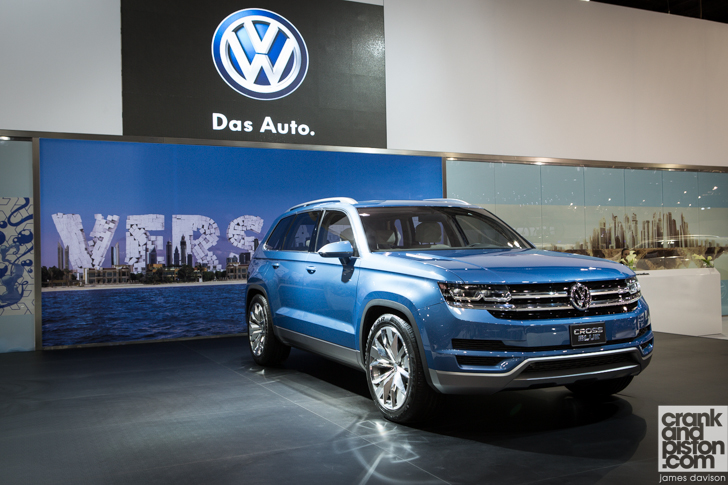 Powered by a plug-in hybrid diesel powertrain, the new CrossBlue comprises a 188bhp four-cylinder turbocharged diesel engine and an 85kW electric motor powering the rear wheels for an estimated total output of 302bhp and 517lb ft of torque. The SUV concept sits atop 21-inch wheels, measures 4,987mm by 2,015mm and stands 1,733mm tall, and boasts an impressive 2.1-litres per 100km fuel economy. Volkswagen has established the CrossBlue design philosophy as a forerunner in its hopes to become the largest automotive manufacturer on the planet come 2018. 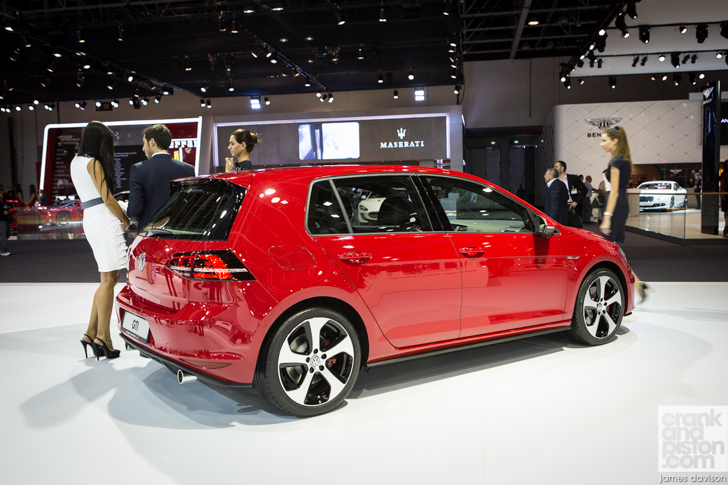 Volkswagen also has its full range of current models on show at the Dubai Motor Show, chief among which was its seventh generation Golf and Golf GTI hatchback. Not only was crankandpiston.com invited to drive the new GTI on its international launch in Europe, but both models have taken pride of place in our Management Fleet within the last six months. Check out our Golf long term coverage HERE and our GTI long term reports HERE. 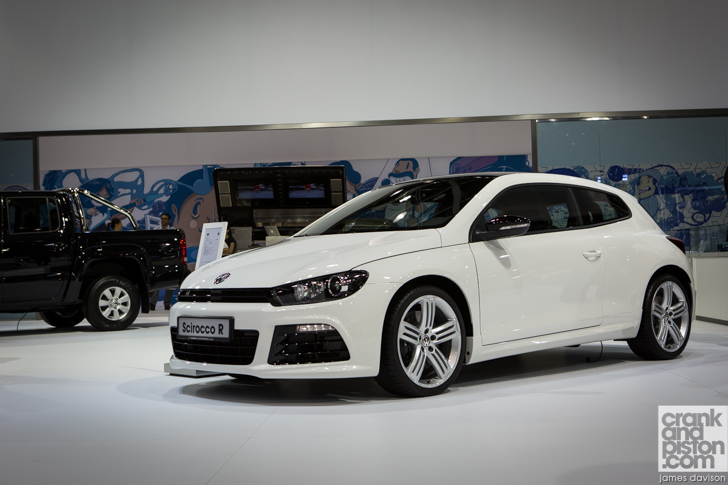 Other models on show for Volkswagen at the Dubai Motor Show included the Passat (a Sport package of which was the first model in our recent Photography 101 series), the CC, the Polo saloon, the Jetta, the Tiguan, the Touareg, and both the Scirocco and Scirocco R. Like the new Golf, the latter two hatchbacks have also spent time on crankandpiston.com’s long term Management Fleet.