The new Chevrolet Corvette Stingray, new-for-2015 GMC Yukon and the brand new Cadillac CTS were top of the General Motors tree at the 2012 Dubai Motor Show. 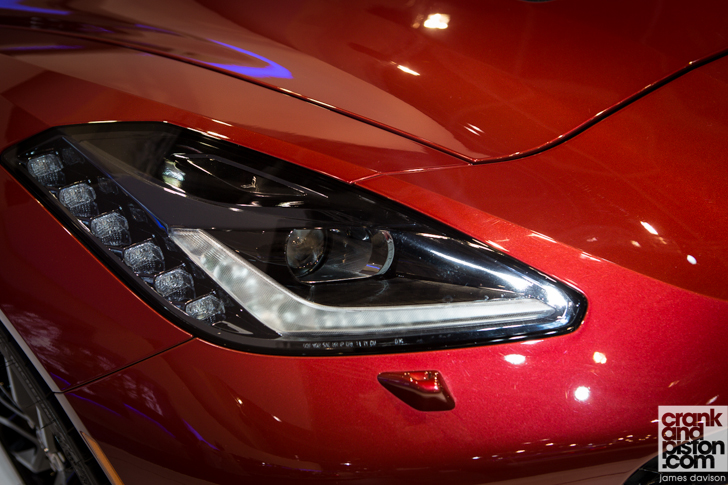 The Chevrolet Corvette C7 Stingray – images of which first broke in January – is now into its seventh generation and derives its name from the iconic second generation model of the mid-1960s. Powered by a 6.2-litre V8 that produces 460hp and 465lb ft of torque, the new Stingray – which crankandpiston.com recently drove on the model’s international launch – hits 100kph from standstill in 3.8 seconds.

With Chevy’s engineers starting from scratch, distinctive elements of the exterior design include the aggressively carved headlights, bulging bonnet and sharpened grooves, and much lower centre of gravity thanks to optimised aerodynamics. The Stingray emblem is also prominent on the sports car’s flanks. 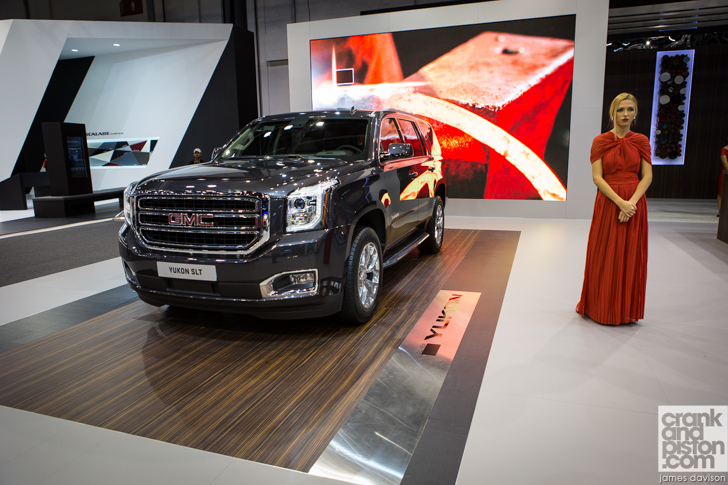 Having already released a teaser trailer of its new arrival, GMC also introduced three new packages of the 2015MY Yukon in Dubai, including the mid-range XL and the top spec Denali. Though aesthetically similar (with all three packages sharing the new rear spoiler on the lift gate, a tweaked front grille, a lightweight aluminium bonnet, and inlaid doors in an effort to reduce wind noise), the XL package measures 355.6mm wider and 508mm longer than the stock model. A new interior also boasts greater storage compartments, a Bose surround sound system, ambient lighting and a ‘soft-touch’ touchscreen infotainment system.

GM’s new Ecotec3 engine range – examples of which can also be found in the recently launched Sierra pick-up – includes for the Yukon a 350hp 5.3-litre V8 and a 420hp 6.2-litre V8, though the latter has been developed exclusively for the Denali model. Both engines are mated with a six-speed automatic transmission, and the GMC Yukon range will arrive in UAE showrooms in the second half of next year. 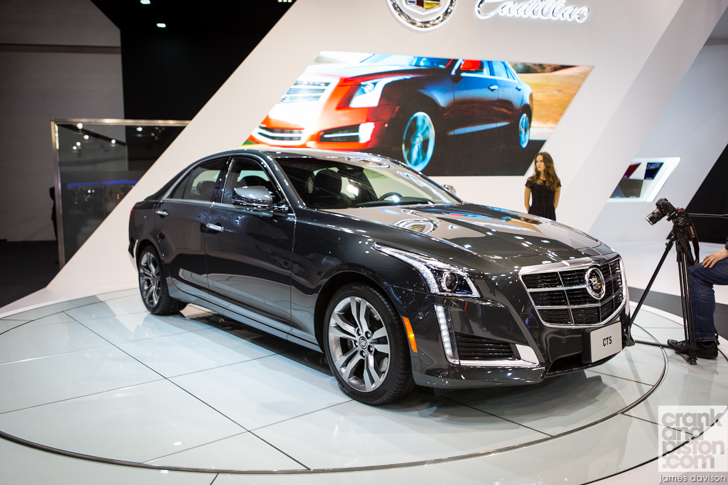 Cadillac meanwhile unveiled its new-for-2014 CTS, the third generation of the mid-size saloon. Distinctive changes to the exterior include a wider front grille, restyled headlights and bonnet grooves, and a lower stance. Some 127mm longer than its predecessor (as well as lower), the new CTS also has a lower kerb weight.

Engine options for the rear-wheel drive CTS include a 272hp 2.0-litre turbocharged V6 and a 321hp 3.6-litre V6, the latter of which runs in conjunction with a new eight-speed automatic transmission. A six-speed automatic gearbox is also available on the all-wheel drive range. The new CTS arrives in regional showrooms in January 2014. 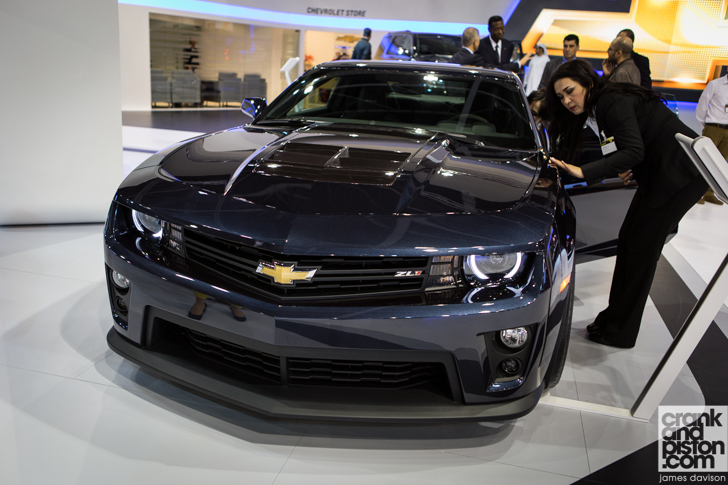 As well as its three headline debutants, GM also displayed its current model range across its three stands. The new XTS vSport (a non-turbo version of which crankandpiston recently tested) and new-for-2015 Escalade upheld Cadillac honours, while the new Sierra Light did the business for GMC. Chevrolet’s line-up meanwhile included the Sonic, a former crankandpiston long termer; the Malibu, the last instalment in our Photography 101 series; the Trailblazer, which we took for a spin last year on its regional launch; the Impala; the Silverado, following its international launch; and the 2014MY Camaro.