12 things you may not know about the Dubai 24 Hours

More than 80 cars have already been confirmed for the 2015 Dubai 24 Hours, the tenth annual running of the event. With a decade of regional endurance motorsport to look back on, crankandpiston presents 12 things you may not already know about the UAE’s biggest endurance race.

With just over six months to go before the 2015 running of the Dubai 24 Hours, some 83 cars have already been confirmed for the event. Though drivers have as of yet not been confirmed, key contenders include former winners The Black Falcons with the Mercedes-Benz SLS AMG GT3, RAM Racing’s Ferrari 458 Italia GT3, Leipert Motorsport’s Lamborghini GT3 FL2, and reigning winners Stadler Motorsport with the Porsche 997 GT3R. From the Middle East meanwhile, Memac Ogilvy Duel Racing, LAP57 Racing, SVDP Racing, Dragon Racing will once again be looking for a good showing in front of the home crowd alongside the debuting Zettanet Racing Team.

‘Fascinated’ as I’m sure you all are by this, there is nevertheless cause for excitement, even for those who don’t follow the race religiously. The 2015 running marks the 10th anniversary of the Dubai 24 Hours, an event crankandpiston.com has supported since the site’s foundation in 2008. And with that in mind, we thought it time to dust off the history books and bring you a few fun facts you may not know about the Dubai 24 Hours.

1. Had Mercedes-Benz won a third-consecutive Dubai 24 Hours in 2014 – as it looked close to doing at one stage with The Black Falcons – the three-pointed star would have equalled both Porsche and BMW as three-time winners in Dubai. Stadler Motorsport’s victory with the 997 GT3-R however enabled Porsche to leapfrog its rivals and take a record-breaking fourth victory following a hat trick of overall victories from ’08-’10. 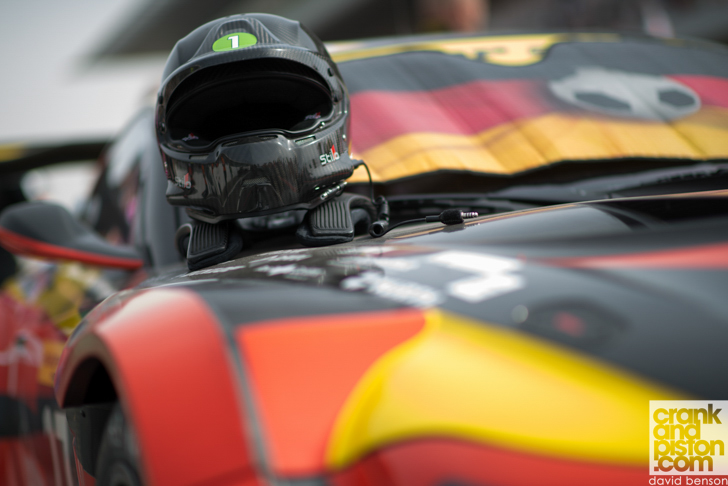 3. If you’re an Italian brand hoping to win the Dubai 24 Hours, you may find you’re fresh out of luck. Since the race’s inauguration in 2006, only German manufacturers have ever stood atop the podium.

4. Europe however has failed to maintain the same stranglehold on team victories. In the nine races run thus far, European teams have taken six wins, two apiece for Germany and Austria, plus one each for Switzerland and France. Two meanwhile have come from the UAE and one from Australia. 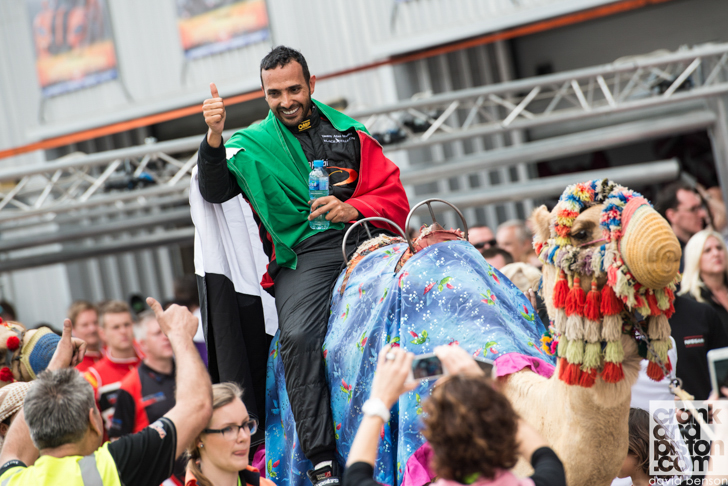 6. When Khaled Al Qubaisi topped the podium in 2012, he became the first Middle Eastern driver to win the 24-hour event on home soil. Today he remains the only local to do so, but is not the only Middle Eastern racer to have made the overall podium. Former Porsche GT3 Challenge Cup Middle East champion Abdulazziz Turki Al Faisal took his second overall podium on the event in 2014 with the Black Falcons following his first in 2010 with Al Faisal Racing, a result he shared that year with fellow local hero – and team namesake – Khaled Al Faisal.

7. Dutchman Jeroen Bleekemolen is the most successful competitor to date at the Dubai 24 Hours courtesy of back-to-back victories in ’11-‘12 and a second-placed finish in ‘08. Former teammate Al Qubaisi though is hot on his tail, the Emirati having shared the winning Mercedes SLS with Bleekemolen in ’11 and ’12, and his third placed finish with The Black Falcons in ’14.

8. Publicity for the Dubai 24 Hours got off to a good start on its inaugural run in 2006 when Hans-Joachim Stuck took victory with the Austrian Duller Motorsport team. The ‘86 and ‘87 24 Hours of Le Mans winner remains the only man to have conquered 24 hours at both La Sarthe and the Dubai Autodrome

9. Despite former Formula 1 drivers Jan Magnussen, Mika Salo and Stefan Johansson having entered the Dubai 24 Hours, none of them ever managed to secure victory. In fact, F1 has been represented in Dubai victory lane only twice: in 2013, former Zakspeed and Arrows driver Bernd Schneider took his first ever endurance race victory at the Dubai Autodrome. And in 2006, one of the four victors for Duller Motorsport was former March, Shadow and Brabham F1 driver Hans-Joachim Stuck. The second was Toto Wolff, current executive director of the Mercedes AMG F1 team.

10. Among the most popular regular competitors at the Dubai 24 Hours are The Racing Divas, who have raced since 2012 in an effort to raise awareness of Amytrophic Lateral Sclerosis, a neurodegenerative disease that affects nerve cells and the spinal chord. In 2014, they even secured a second consecutive A5 class victory. The pink overalls however have never made it to the overall podium, nor did Nürburgring queen Sabine Schhmidt during her outing in 2013. Thus far, Germany’s Claudia Hürtgen is the only female driver to finish in the top three overall at the Dubai 24 Hours, having won the event outright with Schubert Motorsport in 2011.

11. You would not expect the World Touring Car Championship to make much of an impression on a Middle Eastern endurance race. And yet in 2014, former WTCC champ Rob Huff took the Münnich Motorsport Mercedes-Benz SLS AMG GT3 to second place overall ahead of a full season of tin top racing with Lada. Former WTCC BMW works driver Augusto Farfus meanwhile went one better in 2011 by taking victory outright with Schubert Motorsport, just two months after his final WTCC race in Macau. Thomas Jäger’s WTCC career may only have lasted four race weekends with Ford Hotfiel Sport in 2005, but we suspect Dubai 24 Hour victory in 2012 more than makes up for that.

12. And for that all important bonus question: can you name the only driver to have won the Dubai 24 Hours, the Spa 24 Hours and the Nürburgring 24 Hours in the same year…? Having officially retired from motor racing at the end of 2008, five-time DTM champion Bernd Schneider returned for a one-off round of the VLN Endurance series in 2010 to begin his career anew as an endurance racer. It took a while to get the ball rolling but in 2013, the German took victory in three 24-hour races and two 12-hour races (the Bathurst 1000 and the Gulf 12 Hours). Only retirement from the Malaysia Merdeka Endurance Race with three hours of the clock to run denied him a clean sweep.