Manufactured in the hallowed grounds that the LFA yonder graced. The new SportsGT from Toyota borrows from the LFA in design cues, technology deployment, and ZIP code.

We cannot display this galleryThe LFA has been one of the most exclusive and impressive sports-car of this generation. When it came out, in the shade of Nissan’s GTR, it aimed to become a reference of what Toyota could do if they wanted. Kind of what Honda did with the NSX in the 80’s, when they were known for winning motorcycle races.

It incorporated space technology, only 500 were made and was marred by the tragedy of killing a test pilot during development. The makings of a legend, if you ask me.

Once that was done, Toyota went back to selling affordable cars for the masses, and launched the GT86, possibly the most fun you can have for the money.

But they had developed the technology, applied it, and assigned factory space to produce it. And what can you do with all that? Well, some of the tech trickles down, some customers may switch from Mercedes to Lexus, and the factory floor is used for something else.

And there is where the new Lexus LC500 enters the picture. Manufactured in the hallowed grounds that the LFA yonder graced. The new SportsGT from Toyota borrows from the LFA in design cues, technology deployment, and ZIP code.

At 395,000Dhs it is a bit on the high side of the price range, but it offers a 5l V-8 engine with 471Hp, a carbon/steel chassis, rear wheel steering, two chairs and Star Trek aesthetics. It does not seem to aim at the true sports-car market, but to that BMW 6-Series or Mercedes SL bracket that combines a feel of enticement and a sense of achievement.

And they also bring the hybrid version, which is even more attractive in the days of Al Gore. I tried the Prius last summer and I am now convinced they are the immediate future.

What bothers me, though, is the 10-speed gearbox. Yes, the car is heavy, but you should not need that many gears to handle less than 500HP. Then you learn that they are not gears at all. It’s a CVT and the gears are electronically simulated. Which is a letdown.

Not because of the system, modernity over romance, but because of the posturing. It sheds a somber light into what otherwise is a very enticing, stylish and capable model. It says: “Looks are what count, mate”. And it says it on the coat tails of the LFA. A pity.

However, we can’t wait to drive it. Lexus, please, can we? 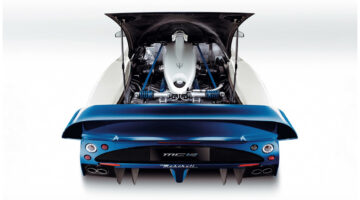 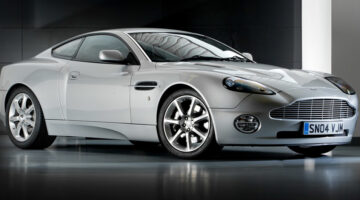