What if the Ford Raptor were an SUV? 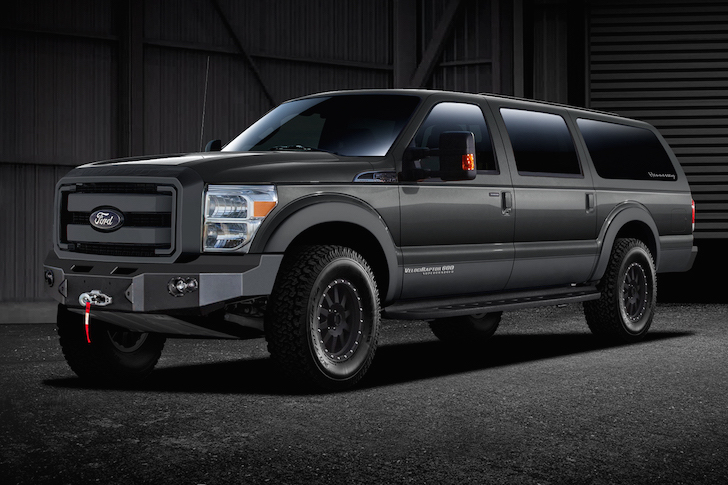 Any soccer moms keen to beat the living crap out of dunes at 80kph of a weekend may want to start clearing quite a lot of space in the garage, since Hennessey – the team that brought us the Venom GT – has just released images of the new 2016 VelociRaptor SUV.

Based on the Ford F-250 platform, the VelociRaptor conversion covers much more than the evil matt black bodywork and a new rear canopy. There’s a new, heavy duty front bumper with winch point, cargo doors, new wheels shod with performance tyres, and a diesel 6.2-litre supercharged V8 that kicks out 440hp and a whopping 880lb ft of torque. Like the Ford F-150 Raptor that inspired the Hennessey model’s name, the VelociRaptor also boasts an updated suspension system and bespoke interior, plus numbered dash plaque.

Those of you with chequebooks already in-hand may want to stop though and consider the six-month build time and the $159,500 price tag. 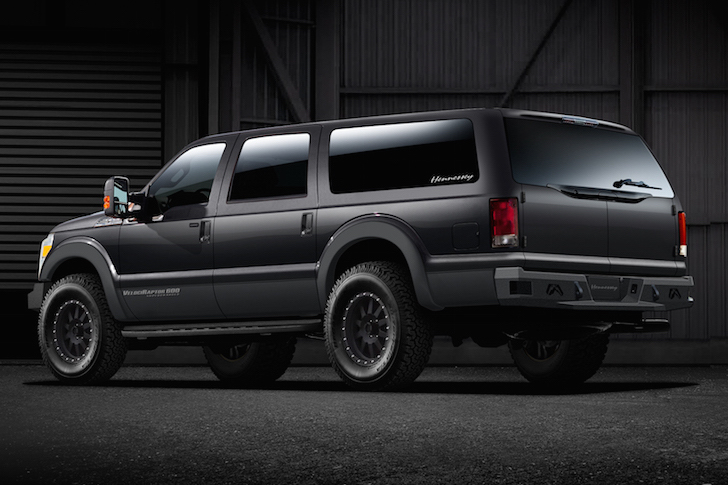