Invitations don’t get much better than this. 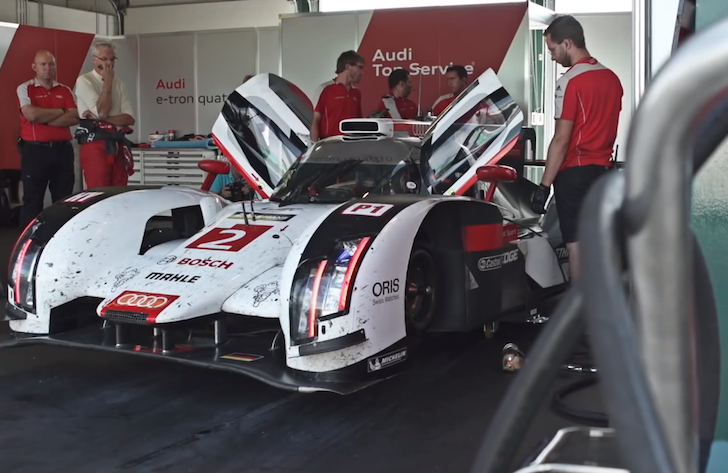 The lads at Evo magazine get to drive some very tasty cars indeed, but we’ll wager that invitations like this don’t come along every day. Audi invited Evo’s Richard Meaden to the Misano circuit in Italy to try this year’s Le Mans-winning race car, the Audi R18 e-tron quattro. One imagines he didn’t ponder that decision for very long.

The car Richard was given four short laps to play with is the very same car that won the 2014 Le Mans 24 Hours in the hands of Andre Lotterer, Marcel Fassler and Benoit Treluyer. It even has genuine French bugs still splattered across the front.

Four laps is hardly enough time to give a definitive verdict on the car, but a taste of one of the world’s most advanced racing cars is still more than most of us will ever get. It looks like Richard enjoyed himself, the jammy so-and-so.