VIDEO: The pick-up that was quicker than a Ferrari. GMC Syclone

Jay Leno’s rather rare early ’90s sports pick-up is a bit of a monster. 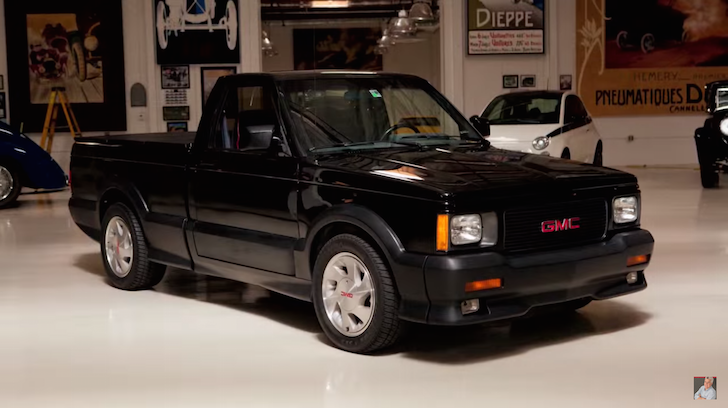 In 1991, the fastest accelerating vehicle in America wasn’t a Corvette, or even the Ferrari 348. It was a GMC pick-up truck – the Syclone.

Limited to a run of 2998 units, the Syclone was a pimped up version of the GMC Sonoma, powered by a turbocharged, 4.3-litre V6 engine that made 280bhp – a considerable amount in those days. It could hit 100kph in less than five seconds, which in the early ’90s was ridiculously fast,

Jay Leno bought a Syclone from new when it came out, and it still sits in his garage today looking all dark and mean and entirely un-aerodynamic. Check out his breakdown of why this lightweight pickup can still embarrass sports cars today, even if the performance focus means it’s actually not great for practical load-lugging.