VIDEO. Porsche vs McLaren vs Ducati

Ducati 1199 Superlegerra meets Porsche 918 Spyder and McLaren P1 in a three-way drag race. But who comes out on top? 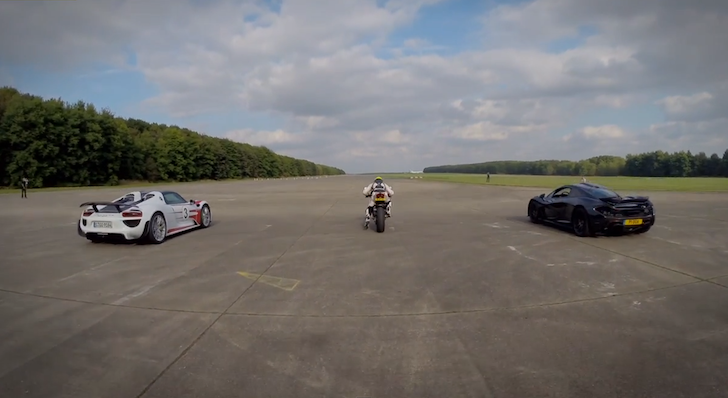 In late 2012, we asked you a theoretically simple question: ‘which is faster, a bike or a car?’ It was a question made slightly trickier to answer given that the bike on offer was a Ducati 1199 Panigale and the car was a Porsche GT2 RS.

Okay, yeah, the bike still won. But Autocar thinks it has finally found the match…

In this brand new three-way fight, a ‘more than 200bhp’ Ducati 1199 Superlegerra is pitted against a 875bhp Porsche 918 Spyder and a 903bhp McLaren P1, the crème de la crème of the hybrid hypercar world.

So, which would you put your money on…?