BMW M235i takes on four-time dirt-track world champion in a drift competition. On the dirt. 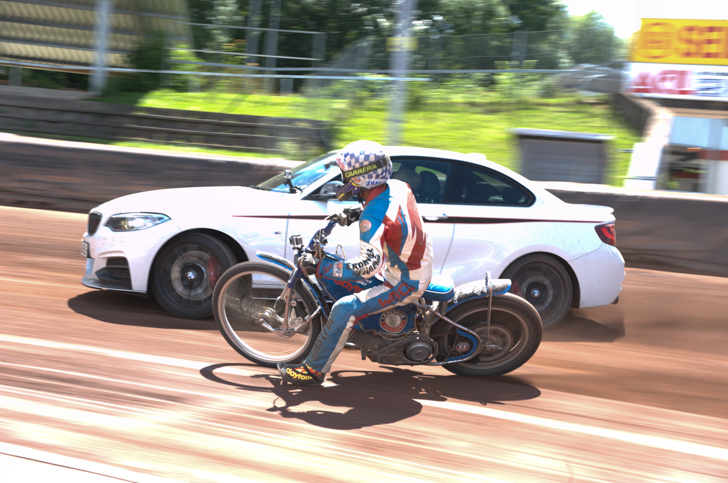 Those of you familiar with FIM World Championship Speedway will know just how tough it is to compete. On bikes weighing 77kg, powered by a 500cc single cylinder four-stroke engine, capable of 128kph and with no brakes, tight races are inevitable and crashes even more so. Speedway’s elite have been known to race with broken collarbones, noses and jaws with only the heartiest of pain meds to sustain them.

So you can imagine the nuts required for a rider to head on-track against a car.

At the Landshut/Ellermühle speedway stadium at the AC Landshut club, four-time dirt-track world champion (and local boy) Karl Maier took on a BMW M235i in a drifting competition. Even the M Performance Parts couldn’t stop Beemer’s brightest from being taught a thing or two on the shail…

Previous ArticleVIDEO. 1981 Lotus Esprit on air with an Alfa heart
Next Article VIDEO. Porsche vs McLaren vs Ducati