One girl and a vintage Honda CB160. Petrolicious

In the latest from Petrolicious, founder of female motorcycle club East Side Moto Babes Stacie B London gives us her account of what it means to be a vintage motorcycle racer. 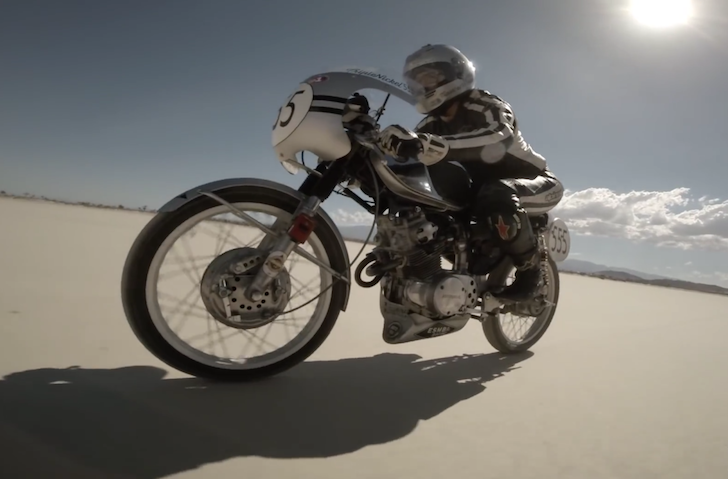 When you think of girls and motorcycles, a spandex covered lady sprawled over a bike is probably the first thing to come to mind. Well, not London. She not only rides, she works on her bike herself. Hot, right?

London’s passion for riding started when she attended the closest vintage race to her, in Willow Springs, in 2010. She fell in love, saying it “blew her mind,” and she knew she “needed” to race. What she didn’t know was that it entailed going in the shop every night from three to four hours and every single weekend, to work on her bike.

London’s choice of bike was a Honda CB160 (due to the centre of gravity), and she even built the engine herself with help from her mentor, Ralph Hudson. The CB160 was supposed to be finished for Willow, but London was in a serious car accident, resulting in a broken collarbone, whiplash and a large hematoma on her shin the size of a papaya.

Nevertheless, she describes the drive to ride as what pulled her through – that possibility of riding again helped her in the healing process as something to look forward to.