YouTube channel The Supercar Driver is having a ’90s retrospective over recent weeks, and its latest look is at the iconic Honda NSX.

Interest is shooting up in the original NSX, thanks to the imminent arrival of an all-new car bearing the same name. The original was first launched in 1990 and benchmarked against the Ferrari 328 as well as cars from Lamborghini and Porsche. It stayed in production for a full 15 years, finally ending in 2005 after more than 18,000 units were made.

The development of the NSX was inextricably linked with Honda’s motorsport division, and the late, great Ayrton Senna was involved in fine-tuning the car’s handling, convincing Honda to further stiffen the car’s chassis. It was the first car to utilise an all-aluminium monocoque – an innovation that was promptly copied by all the major supercar manufacturers – and had double wishbone suspension all round.

The looks were born of function – the cockpit was designed after the F-16 fighter jet and its all-round visibility. Many of the technologies found in the car were taken from Honda’s Formula 1 expertise, and as well as Senna’s help, Honda used F1 veteran Satoru Nakajima to test the car at the Suzuka circuit. It was also tuned at the Nürburgring.

The result was a sports car steeped in motorsport heritage, and one that handled superbly, powered by a high-revving, mid-mounted 3.0-litre V6 with 270bhp. It went straight to flagship status at Honda, and was badged as an Acura in North America. The NSX is a car that features regularly in various World’s Best Supercars Ever lists, and one that’s rapidly rising in value.

The Supercar Driver spoke to British owner Scott Whatley, who’s spent the last three years with his 1992 NSX after choosing it over a Porsche 911 Carrera 4. As you might expect, he likes it a lot, and drives it as Senna intended. Crank the volume up.

Check out the latest on the revamped NSX by reading our report on the Detroit Motor Show reveal earlier this year. 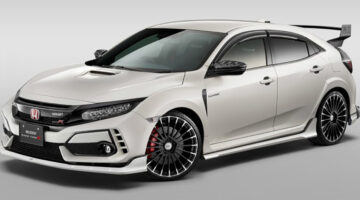