In 2015 the name Facel is largely forgotten, but in the 1950s it was making quite a splash as the newest luxury carmaker on the block.

Having made its name producing special bodies for the likes of Bentley, Panhard and Delahaye, the French firm established itself as a manufacturer in its own right with the Vega in 1954 – an American-style machine with a live rear axle and a Chrysler V8 under the bonnet. Its interior was at the high end of luxury, and the Vega evolved over a decade to become one of the most elegant cars of its time.

Facel’s time in the spotlight didn’t last. Its attempt at a smaller car, called the Facellia, was plagued with problems and was poorly received. The subsequent losses combined with strong competition killed Facel’s car-marking venture in 1964.

But for some, the allure of classic French elegance remains. During its short existence, Facel attracted numerous celebrity fans, including Ringo Starr, Stirling Moss, Tony Curtis and Ava Gardner. That glamorous reputation continues to garner fans, including Jasper Beukenkamp, the owner of this Facel Vega Facel II, which was introduced in 1962 and is generally regarded as the best car Facel ever produced. Only 180 were produced before the firm collapsed.

Petrolicious, as ever, delves into the ownership story of Jasper’s Facel II and finds out why he loves it so much. 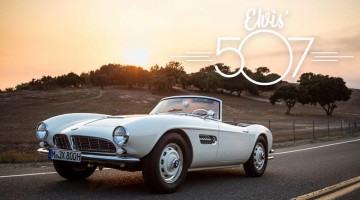